Human rights lawyer tells how she was groomed then raped

A human rights lawyer has revealed the horrifying sexual abuse her mother’s boyfriend launched on her when she was just 13.

Kim Fawcett, 29, said she was groomed and raped by Robert Stuart McClelland when she was a teenager.

The 57-year-old, who worked as a truck driver, was arrested and sent to prison for six years in 2004 and placed on the sex offenders register – but only served two years of his sentence.

Kim Fawcett, 29, who has bravely decided to waive her anonymity and tell her story of how she was raped as a teenager

Ms Fawcett said after he raped her for the first time, he ‘boasted’ about taking her virginity to his colleagues and would pick her up from school so he could carry out sex attacks on her.

After discovering she was pregnant when she was 14, Ms Fawcett said McClelland insisted she had an abortion, despite her questioning if it was something she wanted to do.

Ms Fawcett has since been diagnosed with complex post traumatic stress disorder, and, after failing to find the support she needed, she decided to set up a support group for victims of abuse.

Waiving her anonymity to speak to the MailOnline, she revealed that her mother McClelland on an internet dating website after her relationship with her father broke down and they divorced. 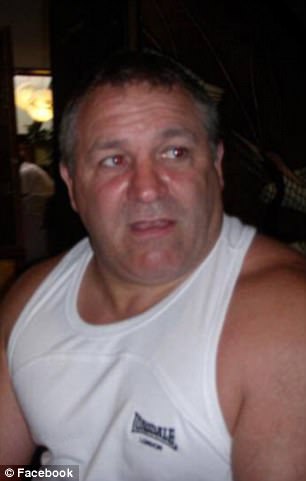 She was groomed and raped by Robert Stuart McClelland, a truck driver from Oswestry, Shropshire

McClelland quickly took on the role of the fatherly figure in Ms Fawcett’s life, who was 11 at the time, and discouraged her from having a relationship with her father.

She said: ‘When my mum first met him I thought he was really wonderful.

‘He would tell me that I didn’t have to speak to my dad anymore, he was a real father figure to me. He made me laugh, he made me feel special.

‘He would help me with schoolwork, buy me gifts….he bought me a CD once and I remember thinking I couldn’t believe that he had spent £10 on me. Once he bought me the Nelly and Kelly “I do” song and told me it was our song.’

One day, she was sent to go and stay with McClelland at his home in Oswestry, Shropshire.

The lawyer, who was 13 at the time, said: ‘After going out driving together, we went back to his house and he bought me a big bottle of Smirnoff Ice. I started feeling excited and giddy but then really confused and dizzy after drinking it, which I realise now I was drunk.

‘He asked me to sit on his lap and started touching me. I was really confused as to why he was doing this as I really liked him. I froze still. He kept putting my hands on him and trying to kiss me. I just couldn’t move. 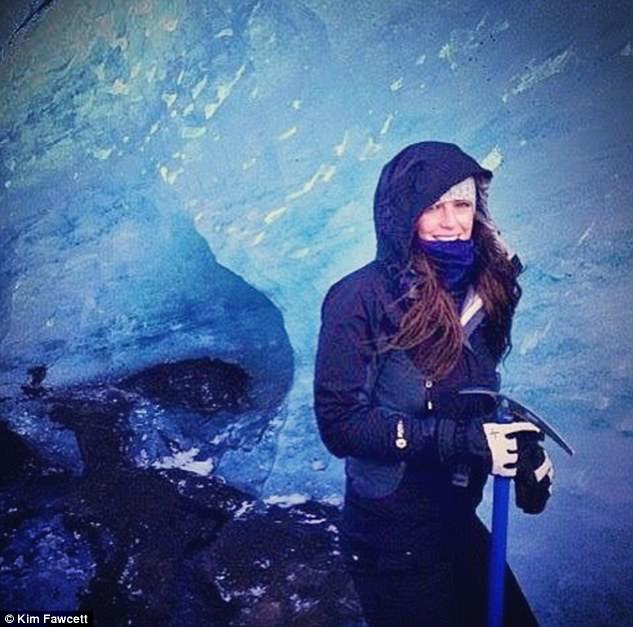 Ms Fawcett was groomed by Robert Stuart McClellan, her mother’s boyfriend at the time

‘Eventually I managed to say that I was going to go to bed. I made it to the stairs to go and sleep in his daughter’s room. But then he grabbed me by my wrists and dragged me into his room and it first happened.’

Ms Fawcett said he then scratched the date of the first rape on a bottle as a sick memento.

She added: ‘Afterwards, he kept saying to me, “Are you sure you’re a virgin?” and would boast about it. I was so ashamed, I thought there must have been something wrong with me. The next day he took me to the truck yard and showed me off to the other truckers and said, “Yeah, you were definitely a virgin”.

‘He would do things to me in his truck and no one would stop him. He would pick me up from school, wearing a muscle vest, to rape me and no one would mind. He would often rape me in the quarry, or his van, at my mother’s house and at his – anywhere he could.

When Ms Fawcett was 14, she began getting pains in her stomach. She went to the doctors and discovered she was three months pregnant.

She said: ‘I was given the cash to have a surgical abortion and went on my own to Manchester to have it. When I was coming around from the anaesthetic, a nurse told me I had STIs and would need to get those checked out. After the abortion, I felt like a part of me had died. I still have a picture of my scan.’

Eventually, one night after she had her abortion, Ms Fawcett spoke to a family friend about it. 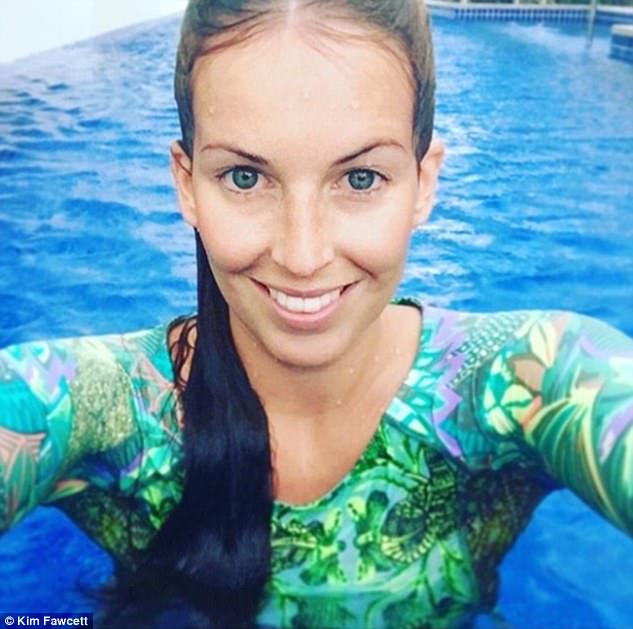 When she was 14, she discovered she was pregnant. McClelland told her to have an abortion

She said: ‘I was so sad and I wasn’t sure if [the abortion] was something I wanted. When I spoke to her, I was so confused. That night she text me and she said that she thought she knew what was going on but wanted me to tell her. So I did, and she offered to come and get me in the middle of the night.

‘The reason I decided to tell someone was because when I got pregnant, his attitude towards me completely changed. He told me I had to get rid of the baby, and told me he didn’t love me. I became afraid that he was going to kill me. The look in his eyes – I finally realised who he really was.’

The family friend encouraged Ms Fawcett to go to the police and McClelland was arrested.

‘I just knew if I didn’t, he would do it again to more girls’, she said.

During a search of his property, the officers found the bottle McClelland had scratched the date on to and the CDs he had purchased for her. They also downloaded the many text messages McClelland had sent to her.

McClelland was then arrested and charged by police in 2003. He was later convicted at Chester Crown Court.

During the trial, his defence said Ms Fawcett had been blackmailing him for sex because she was jealous of her own mother.

He claimed Ms Fawcett, who was now 15, said she would tell everyone he was a paedophile if he didn’t.

Ms Fawcett said: ‘I was 13 and 13-year-olds do not have the capacity to consent to a sexual relationship with their mother’s boyfriend.

‘He was my mother’s partner and was in his late 40s at the time. He knew what he was doing. 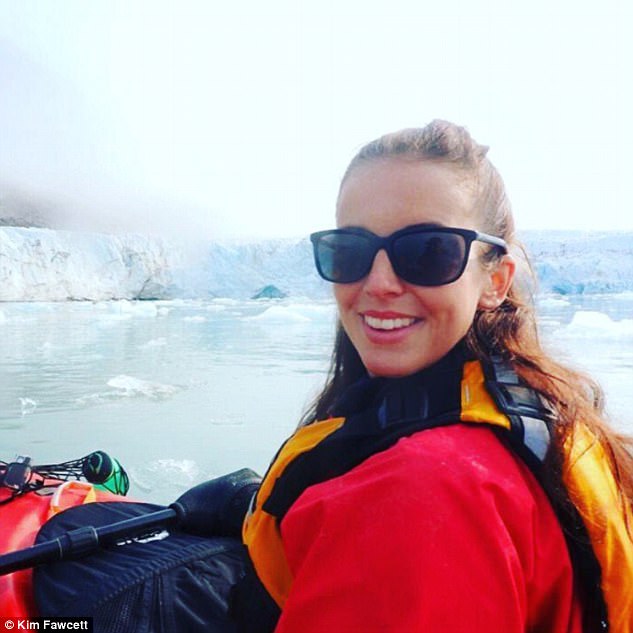 Ms Fawcett said: ‘I was 13 and 13-year-olds do not have the capacity to consent to a sexual relationship with their mother’s boyfriend’

‘The effects of child abuse can, without proper support, last a lifetime. For him to then be released just two years in to his sentence shows to me a complete lack of understanding as to the horror of childhood trauma and how we view child abuse as a society. It added to my false belief that it couldn’t have been that bad.’

Ms Fawcett was then sent to live with her father, which was extremely difficult due to their already strained relationship.

And when she went on holiday to Crete when she was 16, she was raped again by a bartender.

‘I just thought that was what men did’, she said.

After that sex attack, she was placed in private foster care where she attempted to kill herself.

She later decided to study law and international law at Nottingham University and Utrecht University with an aim to help other people who were abuse victims.

But she found the criminal law element of the course was too difficult following the harrowing abuse she received. Ms Fawcett decided to work as a human rights lawyer instead. 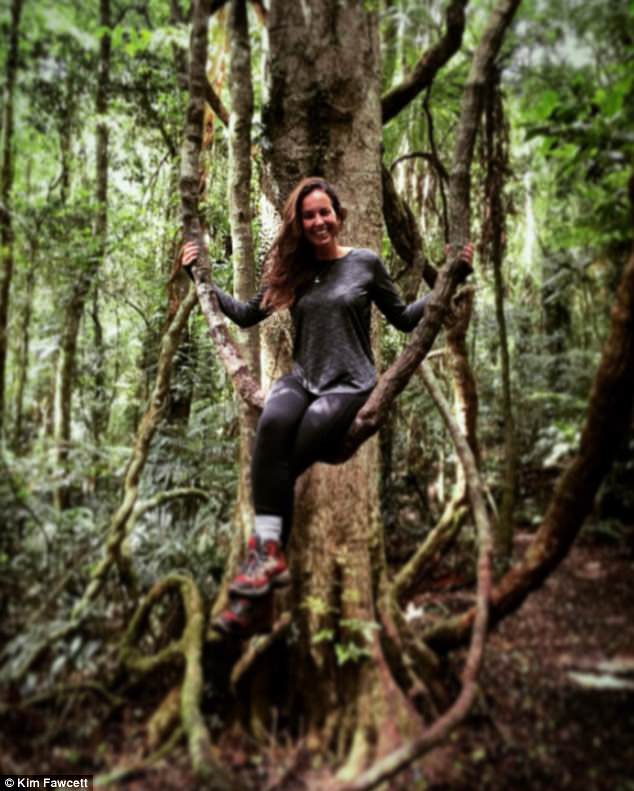 After attempting to start a new life for herself in Australia she attempted to kill herself again, leading to her to move to Bristol to be with her friends and support network.

Following her diagnosis, she wanted to seek support but found the waiting list for specialist sexual violence counselling was eight months.

She said: ‘The NHS offered me anti depressants and although all the professionals I dealt with were wonderful and deeply caring and compassionate, I wanted to have some support earlier than that.

‘Life to me, was no longer worth living – I did not believe I could get over the waves of despair and blackness I so often felt. The waiting list indicated to me that there must be other people in my position, so I decided to set up a peer support group.’

In July, Ms Fawcett founded the Survivors of Abuse and Sexual Violence Bristol group, where victims meet with each other every two weeks to offer support and guidance.

She initially waived her anonymity to speak to the Bristol Post to raise awareness of the group. Since the article was published two weeks ago, the membership has increased from 60 to 130.

She said: ‘Since the abuse, I’ve had very low self-esteem and have struggled with suicide and depression. I often feel worthless and disgusting and like I was to blame. I assume people are always thinking “why is she here, she is so awful”.

‘I don’t have a relationship with my parents and I struggle to let people in or understand why they would even want to be I the same room as me. The abuse has also affected my relationships. I dream of having a family of my own, but I am not sure I ever will.

‘I wanted the group to be a space where women did not have to worry about putting on a brave face or hiding a secret. Where people could come and be exhausted or angry or ashamed, and not have to hide it, but to feel understood and supported.’

She said: ‘I want to break down the shame that victims feel after being affected by the trauma and help them realise it’s not their fault and it’s nothing to be ashamed of.

‘That the way they feel is completely normal following on from the horror they went through – they are not weak or pathetic, but trying to adapt and survive following a harrowing and devastating life changing experience.

‘I deeply want to change attitudes towards grooming and I think the UK has such a long way to go on this. We so often hold women and girls responsible for their part in sexual violence. It is so poorly understood. We have to change that.’