Humble red-brick Sydney home sells for $600,000 over the reserve for $4million

What $4million looks like today: Why this humble Sydney home sold for $600,000 over the reserve

A single-storey red brick home has sold for a staggering $4million, a whopping $610,000 over the reserve price as home prices in Australia’s continue to hit new records.

The sale of the humble two-bedroom home on Nield Avenue in Rodd Point, in Sydney’s inner west, exceeded the owner’s expectations because of its waterfront location, city views and huge block that could easily be subdivided or extended.

With the popular Bay Run also just a stone’s throw away, the home was a rare find for many families looking to settle down, with 25 bidders turning up at the auction on the weekend.

A single-storey home on Nield Avenue, in Rodd Point, sold for $4million over the weekend 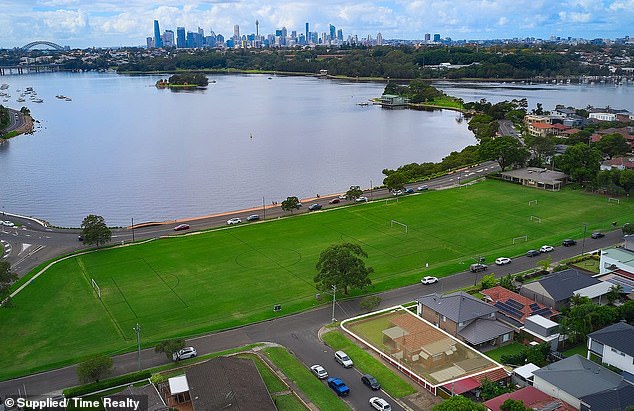 The two-bedroom home sits behind Nield Park and as well as having waterfront views, is also just metres away from the popular Bay Run

‘It totally blew everyone away. I can’t explain it,’ he said.

‘It was a good guide about what’s happening in the market at the moment.’

The house, which is surrounded by multi-storey estates, offers a lot of room for renovation or a second level.

The home’s sale comes amid a surge in house and unit prices across the country.

Since the short-lived Covid downturn in property prices ended in September last year, house and apartment prices have soared by 10.2 per cent. 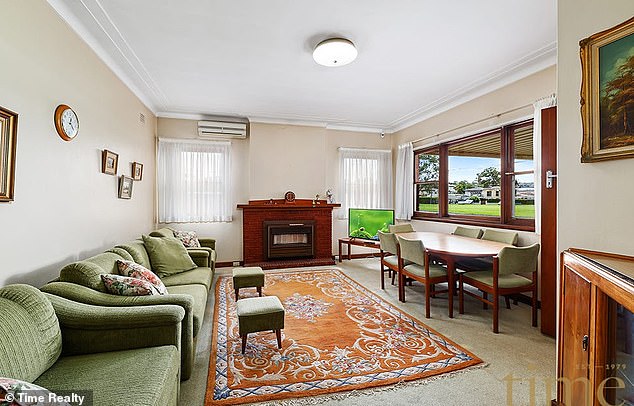 Proof the young are missing out on a house

Mr Piper said the Rodd Point home had been lived in by the previous owners for decades.

‘It was a much loved home built by the previous owners who lived there for 70 years,’ Mr Piper said.

‘There was a lot of emotion with the sale – it was just great for them.’

Mr Piper said another key selling point of the home was how close it is to the city as well as nearby cafes and restaurants.

One of the first bids for the approximately 404sqm home came in at $3million.

The Reserve Bank of Australia in November cut the cash rate to a record low of 0.1 per cent and governor Philip Lowe has vowed to leave rates on hold until at least 2024. 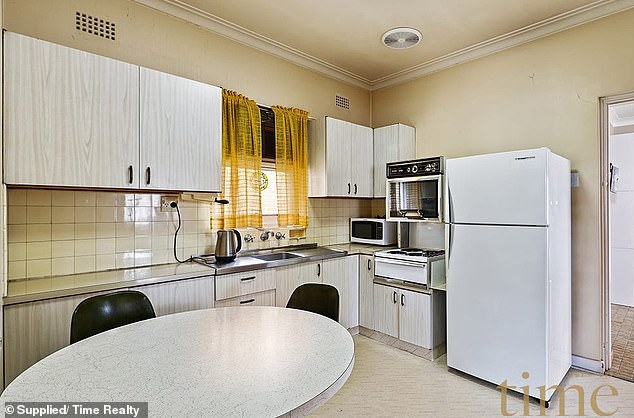 The house has room for renovation as well as a second storey. The quaint kitchen featured retro cabinetry and linoleum floors