Furious farmers are fighting against a $4billion renewable electricity line project that is expected to slash up to 30 per cent off the value of their farms.

The HumeLink is being built by Transgrid to provide a high voltage power connection between southern NSW and Sydney.

However, the system will include the construction of 360km of power lines with huge towers that are as tall as the pylons on the Sydney Harbour Bridge.

Angry NSW locals said it would cause ‘massive damage’ to communities and the environment and have called for the project to be moved underground.

More than 1,400 people have already signed a petition against the project and some landowners visited the NSW Parliament on Thursday to speak about the issue.

Rebecca Tobin, one of the farmers speaking out against the line, told Ben Fordham Live that the value of her family’s farm will be cut by 30 per cent because of the power lines.

Rebecca Tobin, one of the farmers speaking out against the line, told Ben Fordham Live that the value of her family’s farm will be cut by 30 per cent because of the power lines 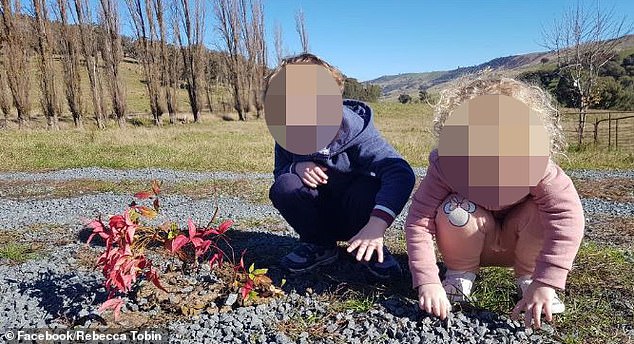 ‘Our farms are the embodiment of who we are. They are very much our livelihood, they’re a part of us,’ Ms Tobin said.

‘The value of our land is estimated to be devalued by 30 per cent. It’s devaluing our homes.

‘But it’s actually taking away so much more from us than just a devaluation. We were threatened for the entirety of the black summer fires.

‘You cannot fight fires under these huge power lines. They’re gonna make regions of NSW undefendable in the next fire.’

The petition against the project reads: ‘We are calling on the Federal and State Governments to act urgently and force Transgrid to stop and rethink HumeLink for current and future generations, by taking the transmission lines underground just like they do in Europe, Asia, California, and many other forward-thinking jurisdictions around the world.

‘Don’t let a foreign-owned company risk the lives of our precious wildlife and rural communities, by cutting corners and destroying 2500 hectares of precious land to cater for dangerous, old tower technology to deliver the HumeLink transmission project.

‘Transgrid’s HumeLink proposal is to cut an ugly 360km long, 70-metre-wide scar consisting of towers as tall as the Harbour Bridge pylons through old growth forests, state forests and working farms, from Wagga Wagga and Kosciusko National Park to the edge of the beautiful Southern Highlands.’

Michael Katz, another farmer affected, also spoke out against the project to Ben Fordham.

‘Unfortunately, under NSW legislation they can issue a compulsory acquisition order and they can do what they want,’ said Mr Katz.

‘Our message is undergrounding is a viable solution to this thing. It’s the solution that is adopted in the rest of the world. It is not significantly more expensive. 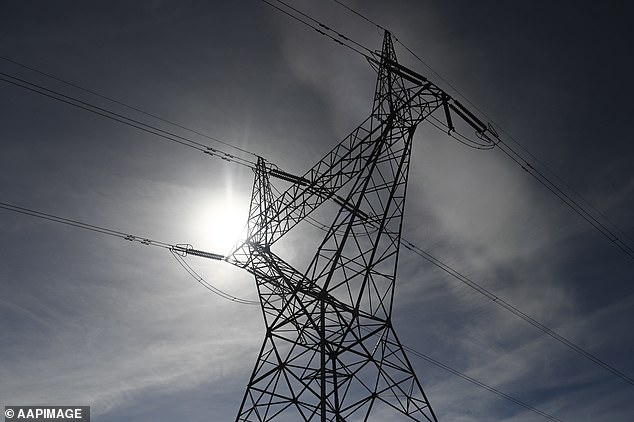 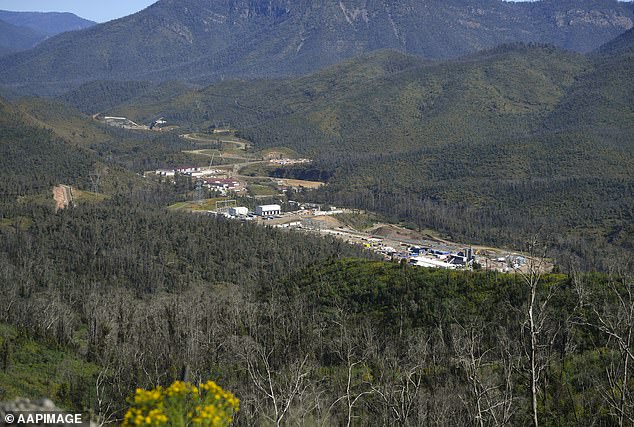 The Hume Link project is slated to help ‘unlock the full capacity’ of the Snowy 2.0 project

‘Why do we persist with using this old fashioned technology when we could have world standard underground power.’

Mr Katz said the towers had been described as ‘lightning magnets’.

‘They are nice big conductors for lightning and they will almost certainly cause more bushfires than we’ve had in the past,’ he said.

However, some farmers are more supportive of the plans after NSW Treasurer Matt Kean announced a funding package to accelerate the development of critical energy infrastructure.

Under the plan, the government will hand private landowners $200,000 for every kilometre of their land crossed by a major infrastructure project.

Mr Kean’s announcement was intended to kick-start development on the NSW leg of the Hume Link interconnector.

The state will now offer landowners $200,000 per kilometre of new transmission infrastructure hosted on their land, paid out in annual instalments over 20 years.

Separately, some farmers have revealed how they were able to strike up their own agreements with Transgrid.

Fourth-generation sheep farmer Stephen Matthews lives about 60km south of Wagga Wagga and was able to negotiate a deal with Transgrid to build 6km of transmission lines on his farm.

‘[Companies are] becoming more reasonable as things have progressed and they’ve learnt a lot, they’re keen on the feedback – they’re not blocking it out or anything,’ Mr Matthews told the Australian Financial Review.

Wentworth farmer and grandfather Brendon Duncan, who lives on the border of NSW, Victoria and South Australia, revealed how he also struck a deal to have 40km of line built on his sheep and crop farm.

‘I think in hindsight the government should have come out with something like that (the $200k offer) at the start…it would have made the whole thing a lot easier for people to wrap their heads around,’ Mr Duncan said.

On its website, Transgrid describes HumeLink  as a new 500kV transmission line which will connect Wagga Wagga, Bannaby and Maragle.

It is one of the state’s largest energy infrastructure projects, and is intended to ‘meet our future energy demands’.

The company said HumeLink is necessary because: ‘Australia needs to transition to a greater mix of low-emission renewable energy sources, such as wind and solar.

‘HumeLink will deliver a cheaper, more reliable and more sustainable grid by increasing the amount of renewable energy that can be delivered across the national electricity grid, helping to transition Australia to a low carbon future.’