A humiliated Jurgen Klopp felt obliged to apologise to Liverpool’s travelling support after the Reds suffered another Premier League defeat at Brighton.

Former Manchester United striker Danny Welbeck added to a second-half brace from Solly March to leave Klopp bewildered as his side drifted seven points away from the top four.

‘I can’t remember a worse game. Not just at Liverpool, but ever,’ Klopp told the club after the match. It was a reasonable conclusion following a dismal display at the Amex. 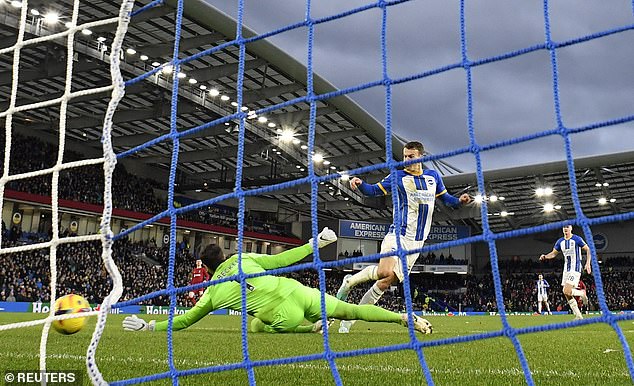 The Liverpool boss responded to Liverpool’s humbling defeat by walking across to the away fans and putting his hands together and bowing his head in a symbol of despair.

The defeat leaves the Reds in eighth place after being leapfrogged by the excellent Brighton.

Liverpool must react and do so quickly if they are to turn their season around – with huge clashes against Chelsea, Everton and Newcastle to come in their next five Premier League games.

Klopp admitted he was full of concern about Liverpool’s current form. ‘Yeah, how can you not be after a game like this? I cannot stand here and say it didn’t happen,’ he told the BBC.

‘Of course, we have to be very concerned about it.’ 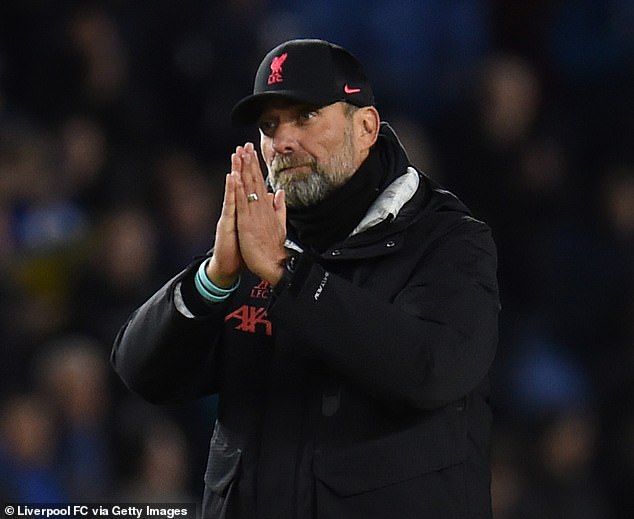 Further to that, he claimed that his players did not take in his messages in training. ‘We were all over the place,’ he told beIN Sports.

‘We practiced for three days in training but obviously I didn’t get the message across clearly enough.’

His frustrated comments mirror those of rival Pep Guardiola – who ruled Manchester City out of the title race following their 2-1 defeat at Old Trafford.

‘I don’t care about the Premier League and the Carabao Cup, we cannot win,’ he told Des Kelly on BT Sport.

Both managers, who are accustomed with success, were left seething after their respective Premier League defeats on Saturday afternoon.