Humpback whale breaches off the coast of Long Island

Stunned boaters captured the incredible moment a Humpback whale breached just a few feet from their boat off the coast of Long Island.

Steve Haralambidis took his phone out to record the moment after spotting the whale by the Robert Moses tower on Sunday.

‘Never would’ve thought these things come in that close,’ he says before the whale makes an appearance on camera.

Whale, hello there! The whale’s arrival was announced by fish being pushed out of the water 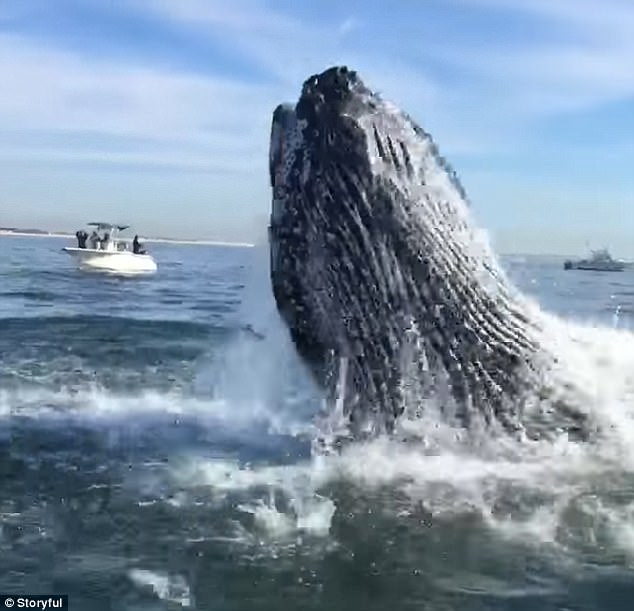 ‘He’s a big one,’ replies another man as they wait for the massive whale to come out of the water again.

‘Holy s***,’ one of them can be heard saying after the whale submerges again, causing the boat to rock.

‘Wow’ the two men say at the end of the clip in unison, amazed by the proximity of the humpback. 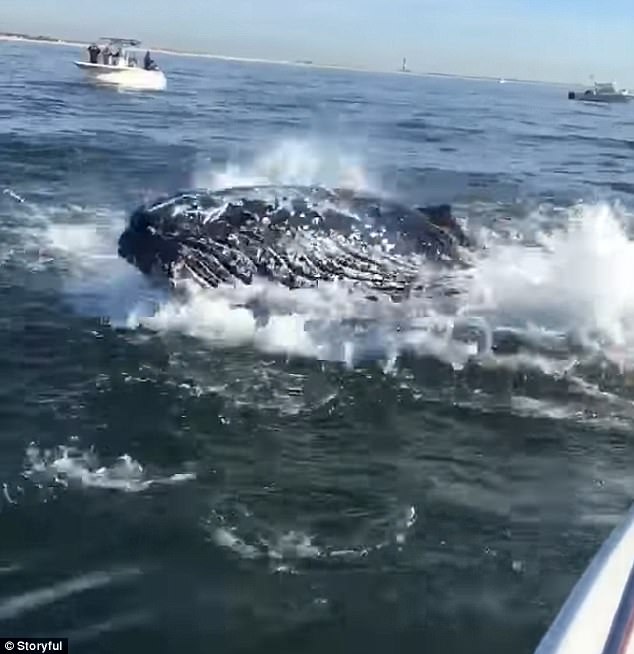 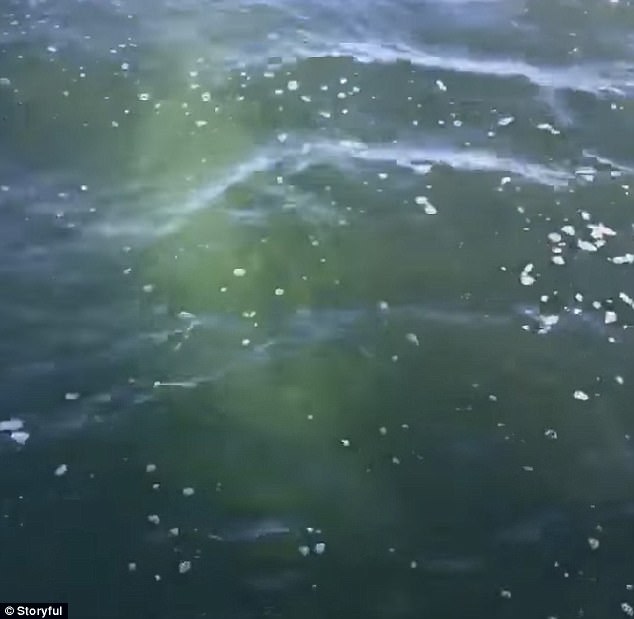