Hundreds of mourners attended the funeral of pregnant teenager Marlen Ochoa-Lopez, who was murdered by a family of ‘womb raiders’ who cut out her unborn baby after luring her to their home with the promise of free children’s clothing.

The 19-year-old was strangled on April 23 before having her son cut from her womb in a sickening attack in Chicago that went undetected for three weeks.

Marlen’s husband Yovany was pictured helping to carry his wife’s coffin as he joined her family from Mexico to lay her to rest at the Mount Auburn Funeral Home in Stickney, Illinois, on Saturday.

Her heartbroken uncle, Jesus Maldonado, said it feels ‘like it will never end’ as the family gathered to pay their respects.

Marlen’s grandparents and extended family had arrived in Chicago on Thursday for the service and were introduced to her newborn son, Yadiel, who remains in the intensive care unit at the Advocate Christ Medical Center in Oak Lawn, Illinois.

That is where her alleged killers brought him on April 23 after they are accused of cutting him from her womb, claiming he was their own.

Mourners entered the funeral home in large groups as a picture of Ochoa-Lopez on her wedding day was placed in front of her casket.

Many wore t-shirts with a picture of Marlen on as they shared memories of their loved one. 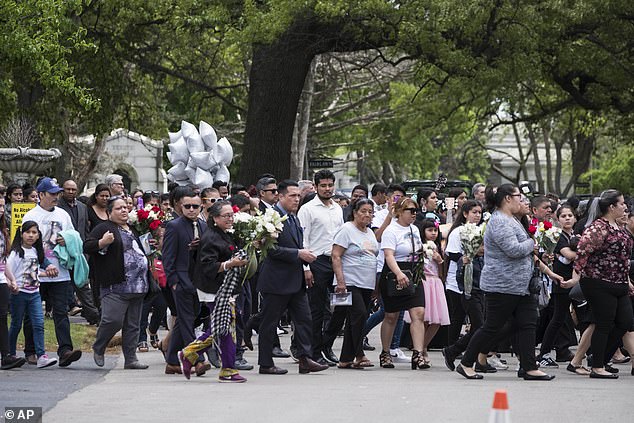 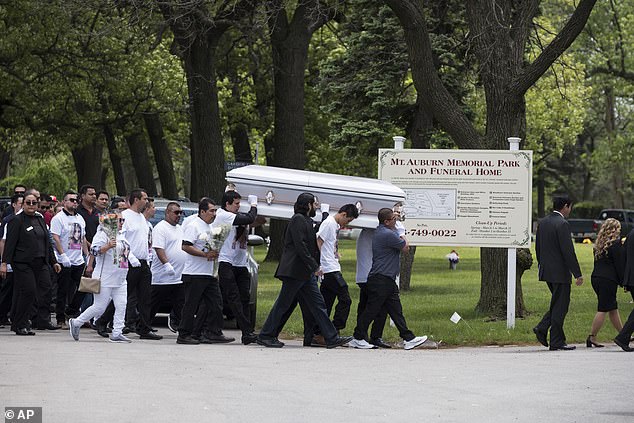 Marlen Ochoa-Lopez’s coffin is carried by loved ones, including her husband Yovany, after hundreds came to mourn her death 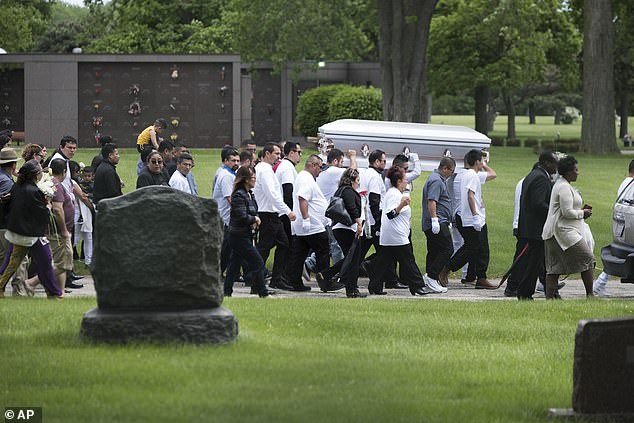 Her newborn son, Yadiel, who remains in the intensive care unit at the Advocate Christ Medical Center in Oak Lawn, Illinois 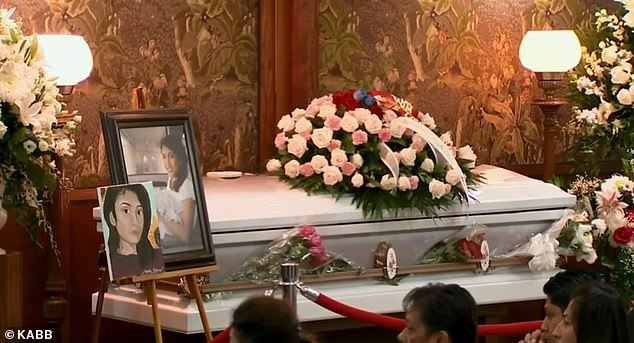 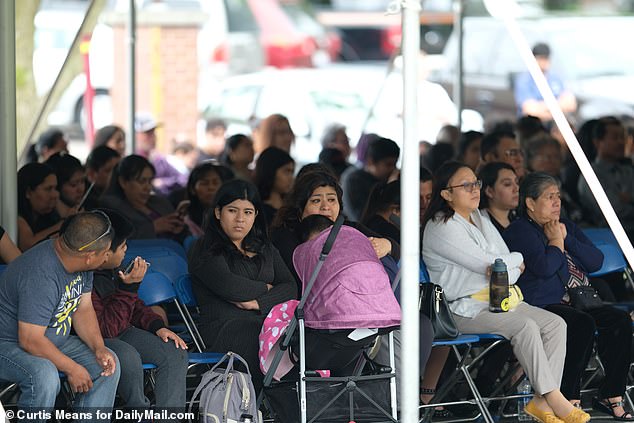 Hundreds of mourners attended the funeral for pregnant teenager on Saturday 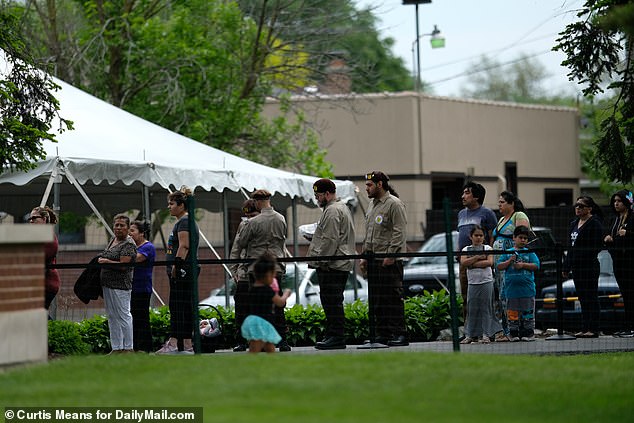 Marlen’s sickening murder went undiscovered for three weeks. Her grandparents and extended family arrived in Chicago on Thursday for the service 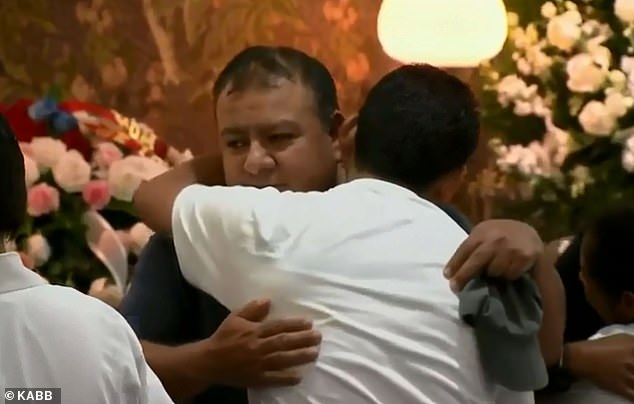 Two mourners embrace. Late on Thursday, her parents shared photographs from inside the funeral home of her white casket which was adorned with flowers 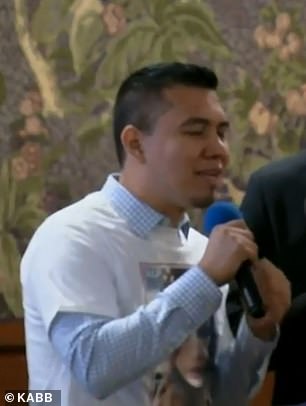 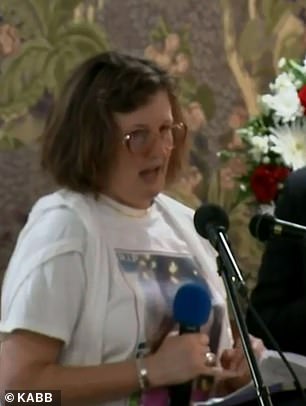 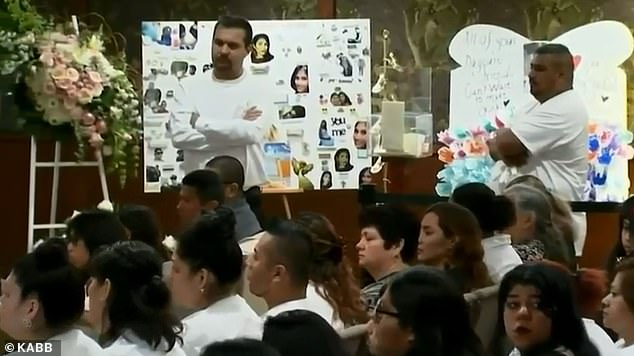 A slideshow revealed pictures of the young mom with her son and selfies she had taken of her nails, painted by her own mother.

Jesus Maldonado, Ochoa-Lopez’s heartbroken uncle, told The Chicago Tribune: ‘It just started. This is all very hard. It feels like it will never end. ‘ 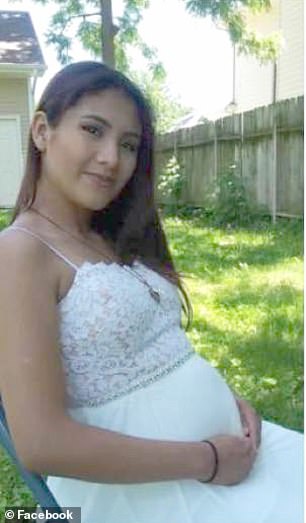 Marlen Ochoa-Lopez was murdered on April 23

Family friend Maria Martinez  added: ‘There are people that don’t know her, but it hurts us all. How can people be so bad?’

Prayers cards which read ‘Todo lo puedo en Cristo que me fortalece,’ meaning, ‘I can do anything with Christ’s strength.’ were also handed out.

It comes as it was revealed the teen’s family are now working with politicians to create a bill, called ‘Marlen’s Law’, that would make checks at hospitals for women who show up with babies mandatory.

Clarisa Figueroa, 46, her daughter Desiree, 24, and Clarisa’s boyfriend Piotr Bobak, 40, are all behind bars awaiting their first court appearances on charges of murder and concealing a corpse.

Marlene went missing on April 23 and was reported missing by her husband the next day.

The alleged killers are said to have distracted her with a photo album of her dead son then ambushed her with an electrical cable and then used a butcher’s knife to cut her baby out from her womb, it was claimed on Friday as fresh, sickening details of the murder emerged.

But for two weeks, her alleged killers pretended her baby boy was their own in the hospital. They were caught by a DNA test, which proved he bore no relation to him. 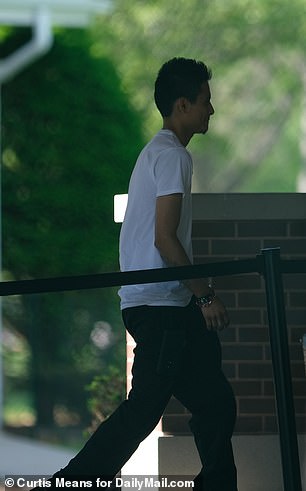 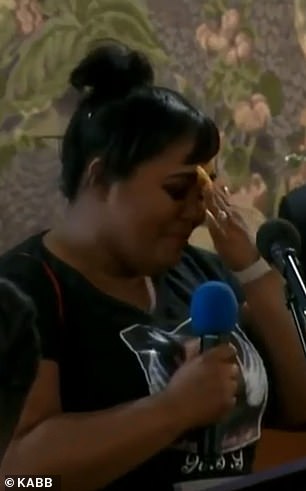 Her husband Yovany, left, tearfully revealed how her family suspected he was responsible for her disappearance before the truth emerged. Mourners shared their memories of Marlen at her funeral on Saturday, right 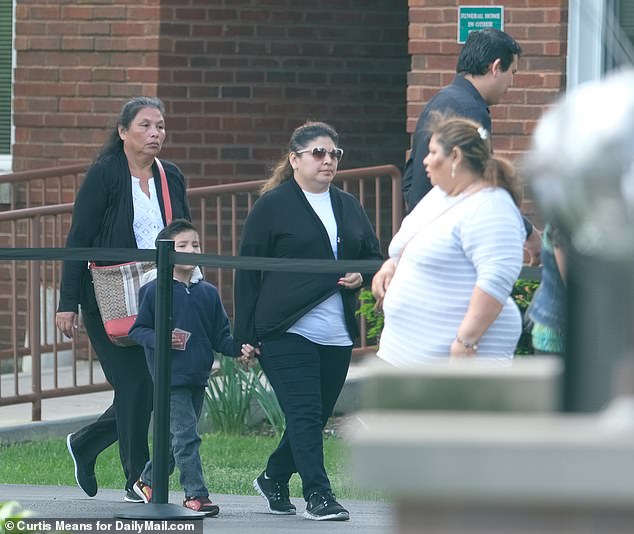 Family and friends, including Marlen’s mother and grandmother pictured, arrive at her funeral 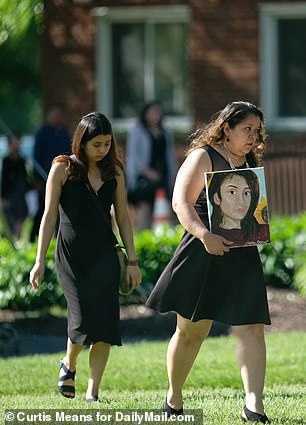 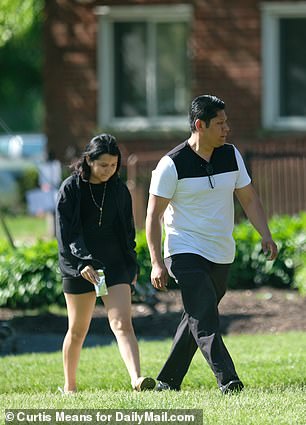 One mourner carried a painting of tragic Marlen, left, as her father Arnulfo Ochoa arrives, right 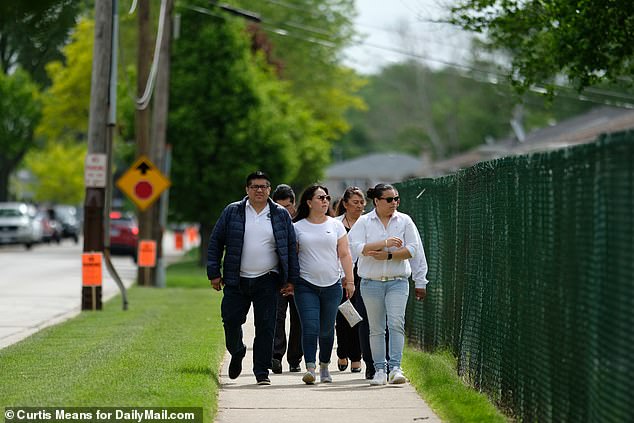 Her heartbroken uncle, Jesus Maldonado, said it feels ‘like it will never end’ as the family, pictured, gathered to pay their respects 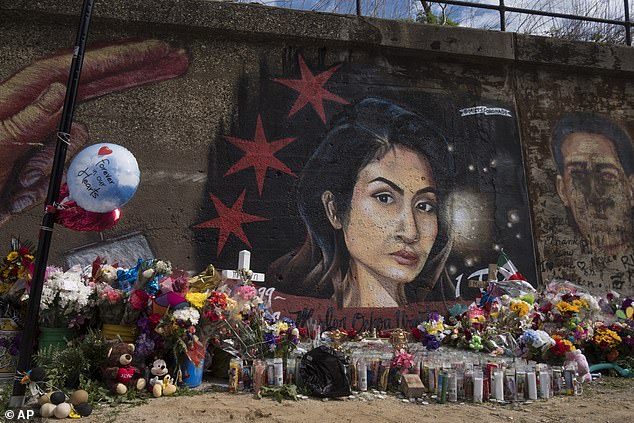 It was only when police were alerted to Marlen’s Facebook contact with Clarisa by one of the family’s friends that any connection to the accused was made.

Marlen’s body was not found until May 15 in a trash can behind Clarisa Figueroa’s house.

On Thursday, her husband of three years, Yovany, tearfully revealed how her family suspected he was responsible for her disappearance before the truth emerged.

He also told how he was forced to take a lie detector test by Chicago cops and that the whole process left him ‘broken-hearted’ and defeated. 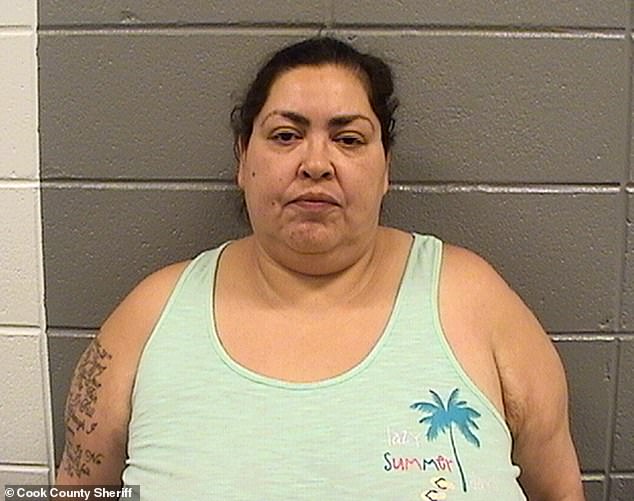 Clarisa Figueroa, 46, was the mastermind of the plot. She pretended she was pregnant for months and lured Marlen to her home after meeting her on Facebook, according to police 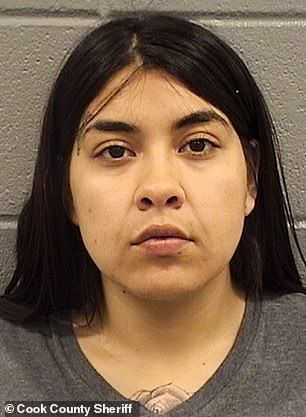 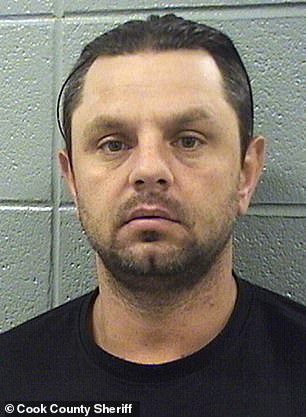 Clarisa’s 24-year-old daughter Desiree, left, is four months pregnant. She made a full confession to police including how she pulled Marlen’s fingers away from her neck to stop her from fighting her mother as she strangled her with an electric cable. Piotr Bobak, 40, right, is Clarisa’s boyfriend who is accused of helping them cover up the murder

The hospital where the baby was brought is also now under investigation for not calling the authorities when Clarisa appeared, claiming to have given birth to him on April 23, but showing no signs of labor.

Prosecutors say Clarisa was examined by an OB technician who cleaned Marlen’s blood off her but that no one thought to call the authorities about the fact it was clear she was not in the condition of a woman who had just given birth at home.