Hundreds of people have gathered in Glasgow to demonstrate against the appointment of Boris Johnson as Conservative party leader.

An event organised by pro-independence group All Under One Banner (AUOB) drew in crowds on Tuesday evening, with many carrying Saltire flags and handwritten signs reading: ‘Boris No! Independence Yes!’

Several speakers addressed those gathered and criticised Mr Johnson, who will take over from Theresa May as prime minister on Wednesday after a landslide victory in the Tory leadership contest. 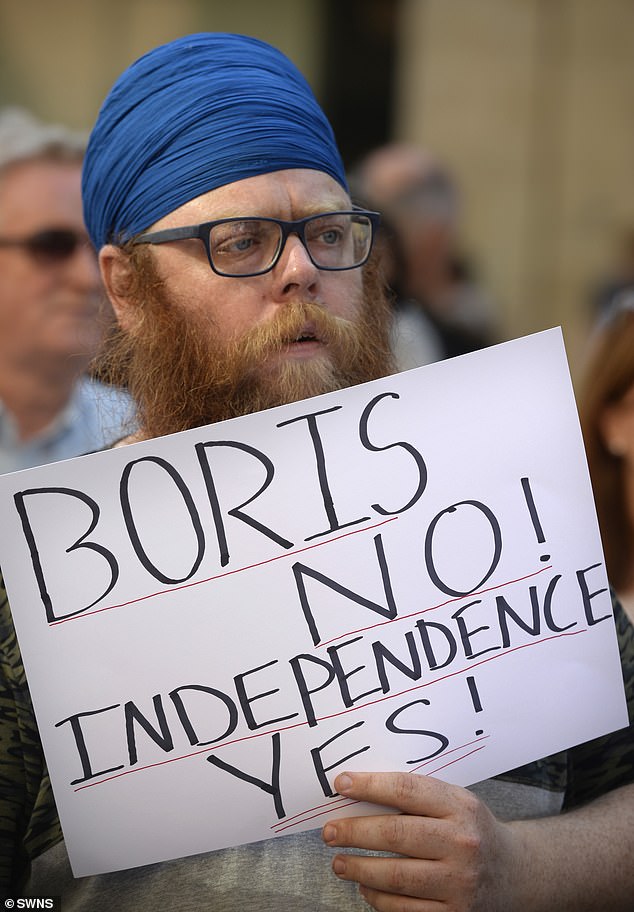 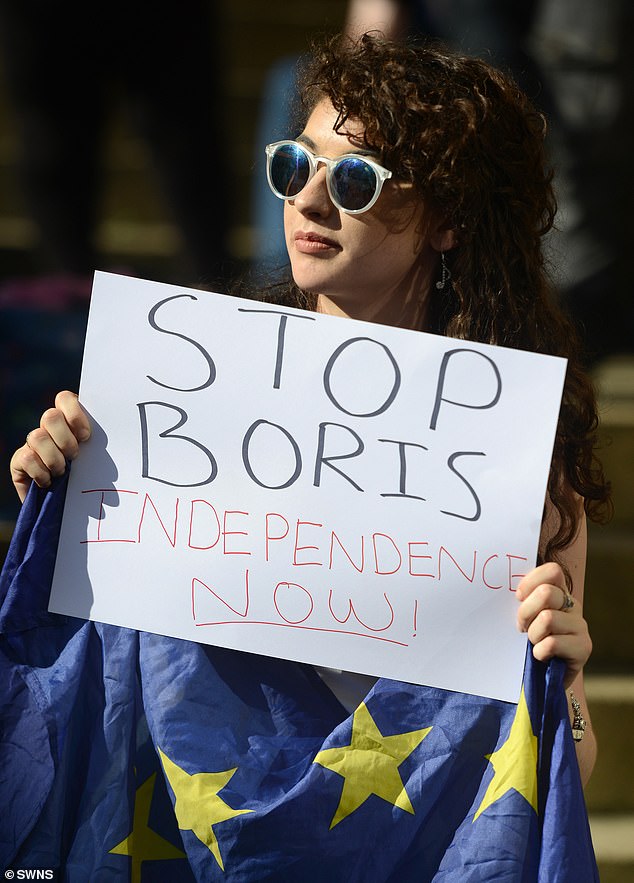 Gary Kelly, from AUOB, told PA that planning for the demonstration started a week ago and the group were not surprised by the result.

He said: ‘We’ve had this planned for the last seven days – usually All Under One Banner is for marches and rallies, but this is a static event which is unusual for us.

‘We needed to do this. We knew it was going to be a prime minister Scotland wouldn’t want.

‘People were asking today what they would do for independence – for me that would put some soft no-voters over that line basically and give us that majority that we need.’

When news of Mr Johnson’s success was announced, Scottish First Minister Nicola Sturgeon said it was ‘more important than ever’ for the Scottish Government to plan for a second vote on independence.

Former Scottish politician Tommy Sheridan, attending the demonstration for the Hope Over Fear group, was also among those speaking to the crowd and echoed Ms Sturgeon’s statement. 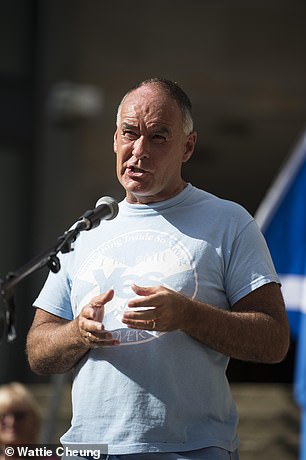 Scottish politician Tommy Sheridan, pictured, said: ‘England will hopefully vote for Jeremy Corbyn rather than Boris Johnson.’ He said the price of Scotland’s support for a Corbyn budget would be a second independence referendum

‘Well it’s now time he lived up to his own words… so the people of Scotland can roundly reject him the way we’ve done with the Tories for the last 45 years.

‘The overwhelming majority of people here today are here because they’re angry. They’re angry that they weren’t asked whether Boris Johnson should become the next prime minister.

‘Less than 0.5 per cent of the registered voters in the UK were asked if Boris Johnson should become prime minister.

‘England will hopefully vote for Jeremy Corbyn rather than Boris Johnson, and what we would then have is we would have a coalition where the price of support for Jeremy Corbyn’s budget will be indyref2 so that Scotland can at least cut themselves free from the Westminster bubble.’