Hundreds of unmasked anti-vaxxer protesters have staged a demonstration on the NSW-Queensland border.

The large crowd gathered at the Coolangatta-Tweed border on Friday, hosting a barbeque to protest against mandatory vaccines.

There were multiple police officers at the scene ‘keeping a low profile’.

Former Qantas pilot Graham Hood stepped forward as the protest leader, claiming he left the company after 32 years of service due to the vaccine mandate. 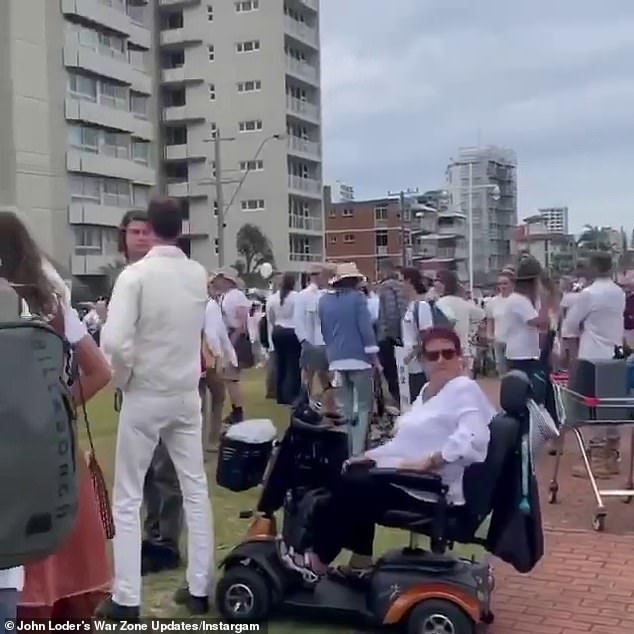 ‘I don’t believe that a mandated injection for me at this time is right for me,’ Ms Lhamo said.

‘This is an industrial action strike right now.’

On Thursday, protesters gathered at a Tweed Head institution after it announced only vaccinated people would be allowed on the premises after October 11. 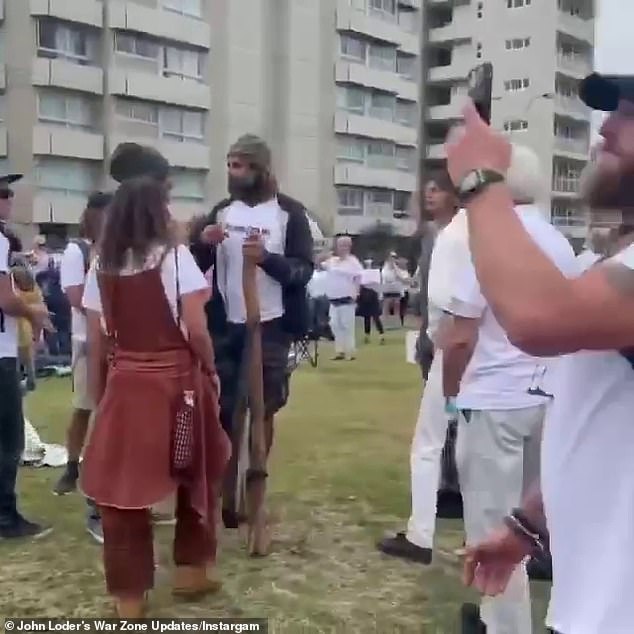 Twin Towns Clubs & Resorts remarked ‘unvaccinated people would have the opportunity to enjoy the same freedoms as those who have received their double vaccination’ from December 1 and their announcement was in line with the NSW road map.

The club came under fire from anti-vax groups such as Freedom of Speech, No Lockdowns in Australia and Australia Exposed, accusing Twin Towns of ‘medical apartheid.’ 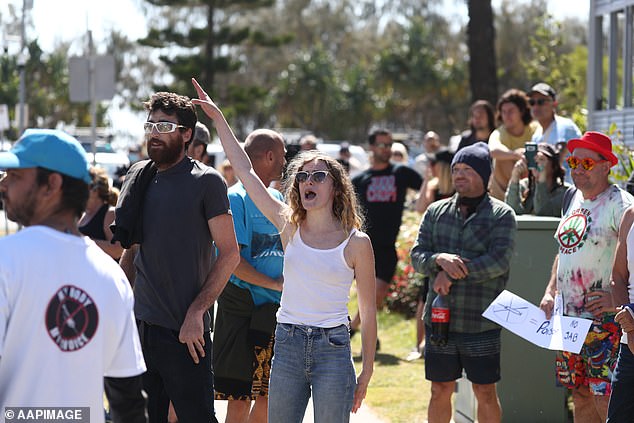 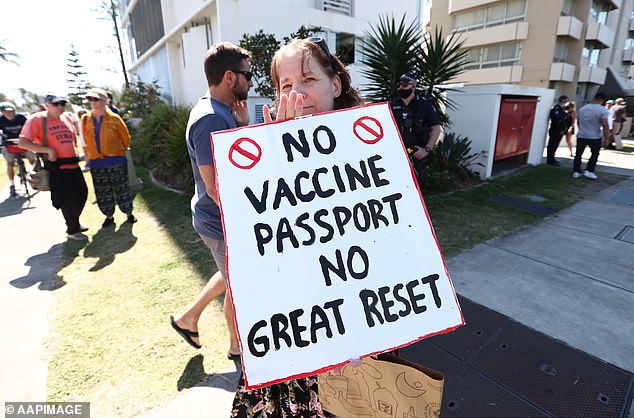 There were 2 cases of Covid recorded in QLD on Friday, with six LGAs going into stage 2 restrictions on Thursday (pictured protestors on the NSW-QLD border at Coolangatta on August 29)