Hundreds of Army training places are going unfilled with not a single course for new recruits reaching capacity in the past two years, new figures reveal.

On one course alone at the Army’s biggest base just 14 would-be soldiers signed up for the common infantry course – leaving 82 spaces free.

And of a total 3,984 training places available on 37 courses at Catterick, North Yorks, 1,300 were left empty.

Dwindling: The Army is facing a recruitment crisis after it emerged not a single course for new recruits has reached capacity in the last two years (file photo)

The shocking figures come as it was revealed the Army has been stripped back to its lowest level for more than 200 years, according to the Daily Mirror.

One course, which began on April 9 this year, was attended by just 14 people. Of a possible 960 places for Catterick’s Guards and infantry courses between June 2015 and May this year nearly half went unfilled.

And the trend continued at Pirbright Army Training Centre in Surrey, which provides Phase One training for recruits signing up for the Army.

For courses between July 2015 and June this year, 30 per cent of places were left empty.

Of 83 courses at the training centre, a total of 7,824 places were available.

Labour MP Stephen Doughty accused the Government of letting the Army down.

He told the Mirror: ‘Our brave men and women are at full stretch across the world responding to risks from the Middle East to the Baltic and keeping us safe when terrorists threaten the home front.

‘It is simply scandalous that Ministers have threatened further cuts to our Army and taken their eye off the ball when it comes to recruitment.

‘After failing them on pay, pensions and housing the Tories are letting down our Army yet again.’

After being voted into Government in 2010, the Conservatives axed 20,000 soldiers in a bid to save cash.

And since then the number of troops has sank below the 82,000  the Tories promised to maintain in their 2015 manifesto.

Earlier this year historical inquiries into British soldiers who fought in Iraq and Afghanistan were blamed for triggering a recruitment crisis in the Army. 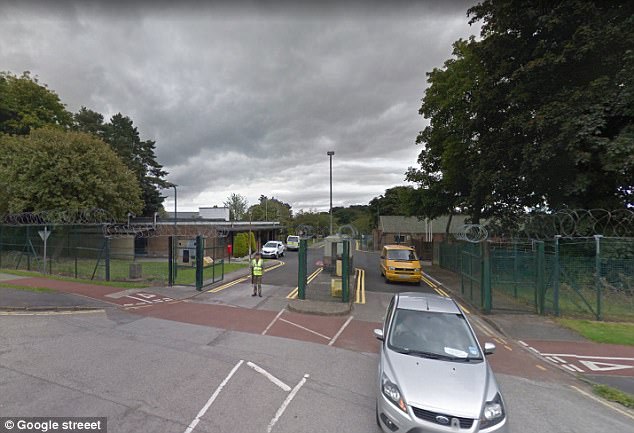 Labour MP Stephen Doughty said: ‘It is simply scandalous that Ministers have threatened further cuts to our Army and taken their eye off the ball when it comes to recruitment’

Hundreds of British soldiers have been hounded by investigators as part of historical inquiries into the Iraq and Afghan wars, which have been described by critics as a ‘witch-hunt’.

Soldiers have been put through an ordeal by investigators many years after the end of the conflicts – often at the hands of legal-aid funded human rights lawyers.

An MoD spokesman said it was ‘wrong to confuse the number of Army Training Centre places with recruitment targets’.

He added: ‘Armed Forces recruitment levels are good and the Army has enough people to perform the operational requirements that help keep Britain safe.’