Hundreds of pubgoers have been forced to quarantine after patrons visited three popular drinking holes in western Sydney while infected with COVID-19.

New South Wales Health said anyone who attended the Village Tavern in Auburn in western Sydney on six days across December and January must self-isolate until they receive a negative test.

Punters who visited the Auburn Hotel on January 12 from 6pm until close must follow the same health orders.

Hundreds of pubgoers have been forced into quarantine on Monday after patrons infected with coronavirus visited three pubs across western Sydney. Pictured are passengers at a Sydney light rail stop wearing face masks on Monday

The alert has also been issued for those who visited the Berala Hotel on December 30 from 6pm until close.

Those who went to the Auburn Central shopping centre at any point since January 1 should watch for symptoms and get tested if they occur.

NSW Health has meanwhile urged anyone across the state suffering from even the mildest symptoms of the virus to come forward for a test.

Eight new cases were reported in overseas travellers in hotel quarantine in the 24 hours to 8pm on Sunday night and there were 8,773 tests conducted in the state.

NSW Premier Gladys Berejiklian has urged more testing especially in areas where there have been recent cases including Auburn, Berala, western Sydney, south-west Sydney, the Northern Beaches and Wollongong.

Queensland has meanwhile given NSW 10 days to track down the sources of any unlinked Covid cases or risk a prolonged border closure. 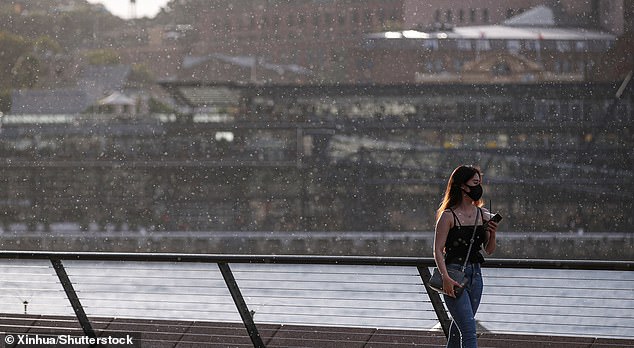 Under Queensland’s border rules a declared hotspot must have 28 consecutive days without any unlinked cases before the quarantine restrictions for travellers is eased.

The hotspot declaration for Sydney is to be reviewed by Queensland’s Chief Health Officer at the end of the month. 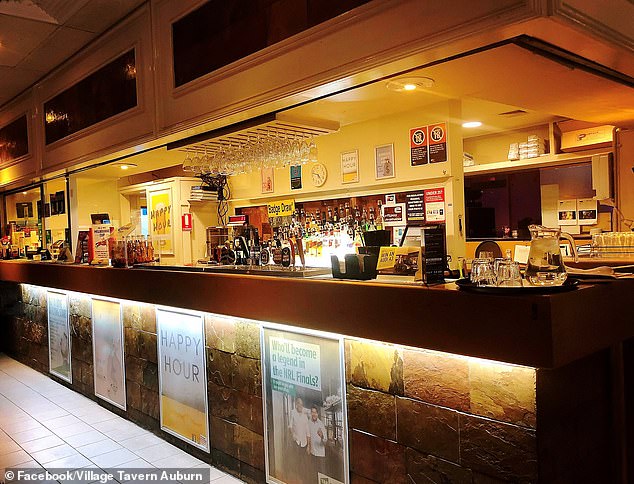 The six cases in Sydney from Sunday have been linked to the Berala bottle shop cluster and further contact tracing is underway.

As of Monday there are 97 active Covid cases in the state being treated by NSW Health.

Dr Jeremy McAnulty from NSW Health said testing numbers had dropped from 12,764 tests reported on Saturday to 8,773 on Sunday which was of concern.