Hundreds of family and friends pay tribute to Hannah Rye

Hannah Rye made headlines earlier this year when she was escorted to her Year 10 formal by NRL Newcastle Knights player Trent Hodkinson.

She told media outlets at the time it was ‘one of the most magical nights I’ve ever had’.

Just weeks later, the 15-year-old died following a two-year-battle with Ewing’s Sarcoma, bringing hundreds of mourners to farewell her in Lake Macquarie on Friday. 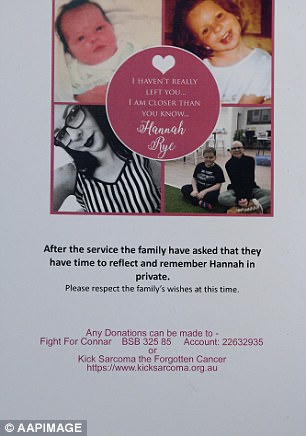 Hannah Rye, 15, was farewelled by hundreds of family and friends on Friday after a two-year battle with Ewing’s Sarcoma 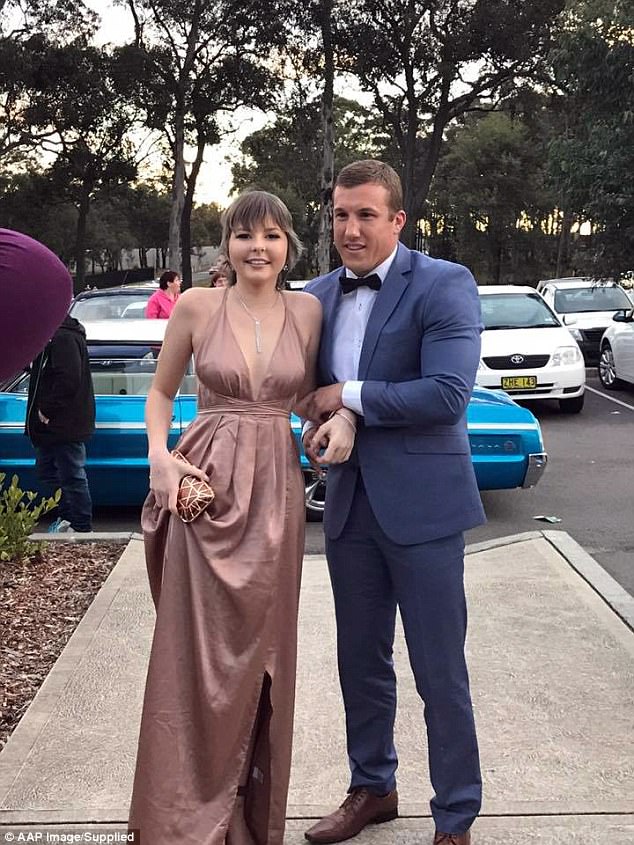 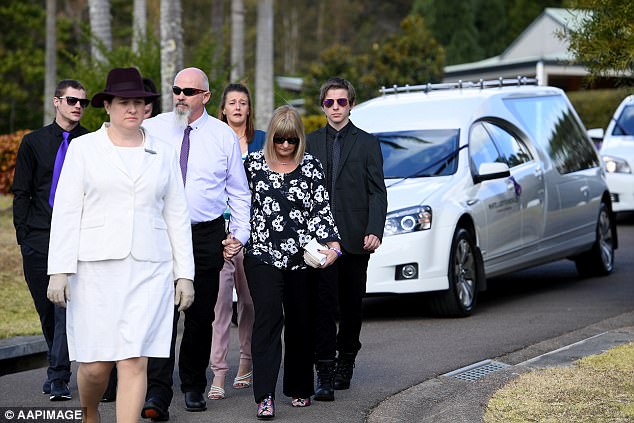 At Hannah’s request, each guest to the memorial wore something purple, be it a pin, a tie or shoes (pictured) 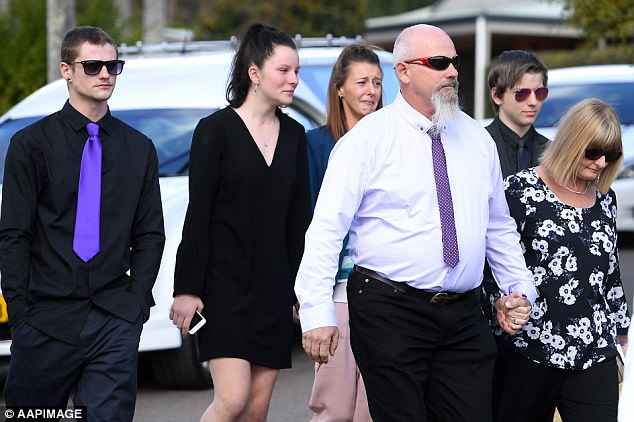 Hannah’s coffin was accompanied to the memorial by a convoy of motorbikes – her final wish before she died almost a fortnight ago.

When she arrived at the memorial park, the boot of the hearse was lifted, and guests led by NRL player Danny Levi (front left) and David Bhana (front right) performed a Haka.

Hannah was welcomed to her service to the sound of her friends singing Hallelujah, before her siblings placed items on her coffin for her to be buried with. 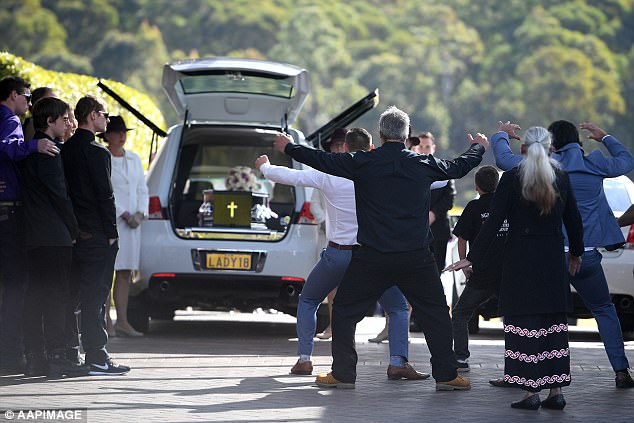 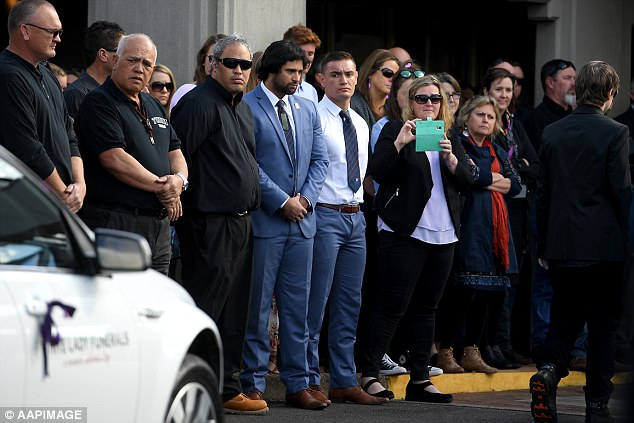 The schoolgirl, who has been described as an ‘amazing warrior’ and a ‘beautiful girl’, wanted guests to wear something purple and make a donation to Kick Sarcoma in lieu of flowers.

She had endured rigorous chemotherapy treatments in an attempt to recover from her rare cancer, but relapsed in May and was told her condition was terminal, which her mother said was devastating.

Her order of service showed Hannah dressed for her formal on the front page, with childhood photographs seen on the back.

Following the service, the family requested space at the park to ‘reflect and remember Hannah in private’. 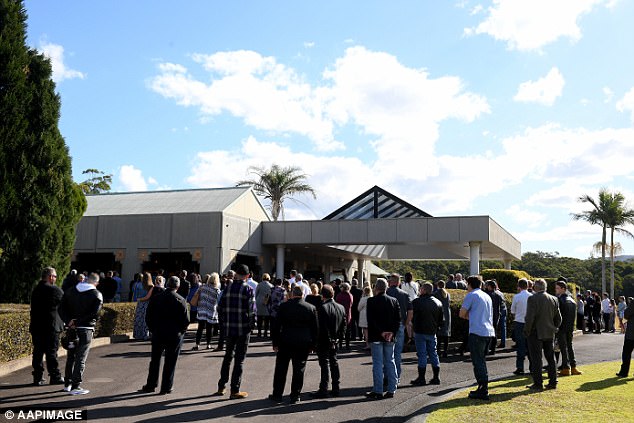 Hundreds of mourners showed up to farewell the teenage girl, who was described as ‘an amazing warrior’ 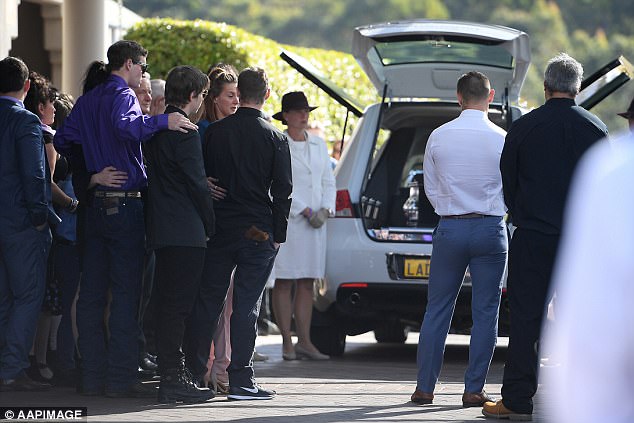 The schoolgirl’s coffin was escorted to the memorial park surrounded by motorcycles, and she was brought in to the sound of her friends singing Hallelujah 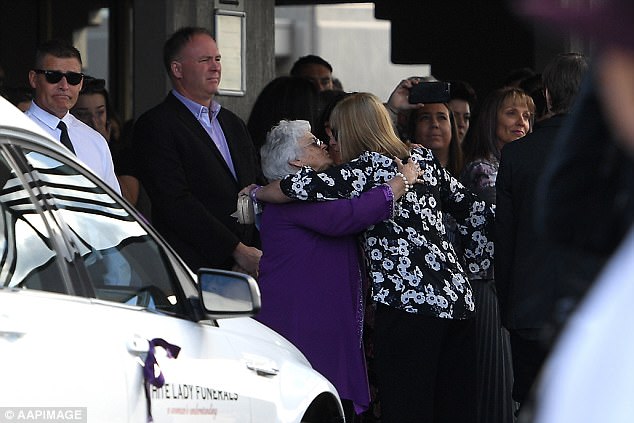 After Hannah’s death, her older sister Annaliese shared a heartbreaking tribute to Facebook.

A friend of Hannah’s, who was also battling childhood cancer, said: ‘This world is never going to be the same without you’.

‘You had a special place in everyone’s heart that had the privilege to meet you,’ she wrote in an emotional Facebook post.

‘You were the first person I could talk to about what was going on in my life and the only one that understood what I was going through.

‘No more pain and suffering, Han. Spread them wings.’ 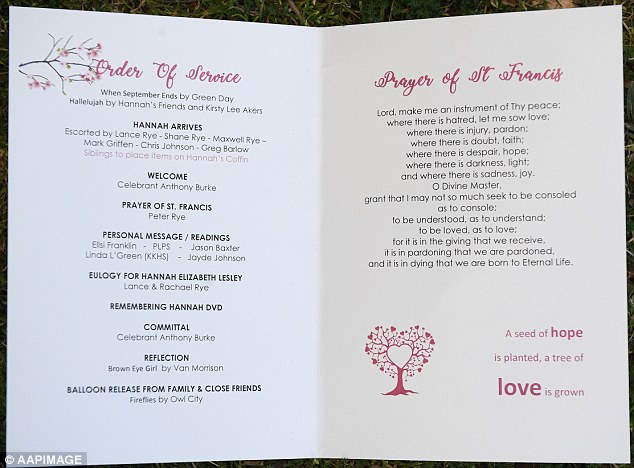