Hundreds of incredible never-before-seen images snapped by fans offer a tantalising glimpse of The Beatles’ life away from concerts during their heyday.

Pictures dusted off from lofts and home drawers following a worldwide search show John Lennon standing with an admirer outside his Surrey home after she decided to knock on his door in 1968, and Paul McCartney putting his tie before a 1963 concert.

The Fab Four were also captured cycling on bicycles during filming for their single ‘Help!’ in 1965, which soared to number one in the US and UK charts, and crowning a carnival queen in Northwich near Liverpool.

They have been published in a book, along with further unseen images, titled The People’s Beatles, following a call for pictures of band members by European photo company Photobox.

The Beatles are an English rock band, formed in Liverpool, that shot to global fame with singles such as ‘Hey Jude’ and ‘Let it be’. Eleven Grammy awards, four Brits and 15 Ivor Novello awards were won by the band members during their musical career.

After Photobox appealed for photos of the band more than 1000 images were submitted by people from 15 countries from across the world.

Bestselling author Barry Miles, who has written Paul McCartney’s autobiography said, after seeing the pictures, that it feels ‘really magical to see a different side of the band in the form of stories captured by the fans’.

The book, which contains 250 previously unseen images, is costs £25. An accompanying photographic exhibition to showcase a selection of the best images will be shown at The Beatles Story museum in Liverpool.

Hundreds of images chronicling The Beatles rise to fame have been dusted off from lofts and home drawers, where they were kept for decades, and published in a book. John Lennon, Paul McCartney, Ringo Starr and George Harrison pictured riding bikes as they film ‘Help!’ in 1965 which hit number one on charts in the UK and USA 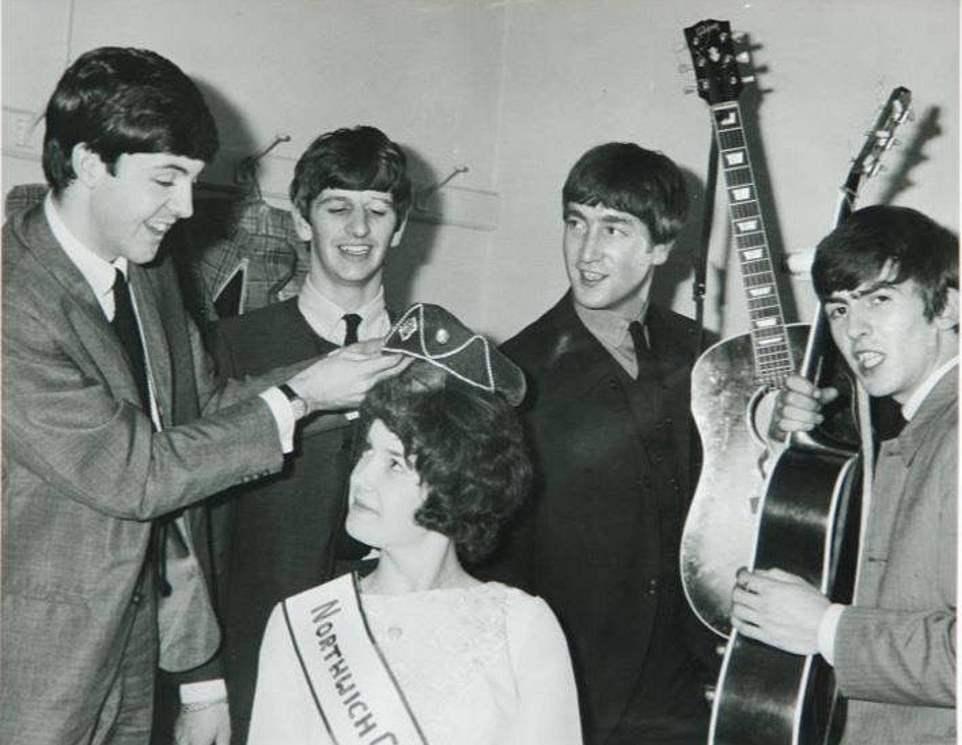 The four young founding members of The Beatles pictured crowning the Northwich Carnival Queen in 1963. Northwich is a town in the north-west of England near the band’s home, Liverpool. The Beatles were formed there in 1960 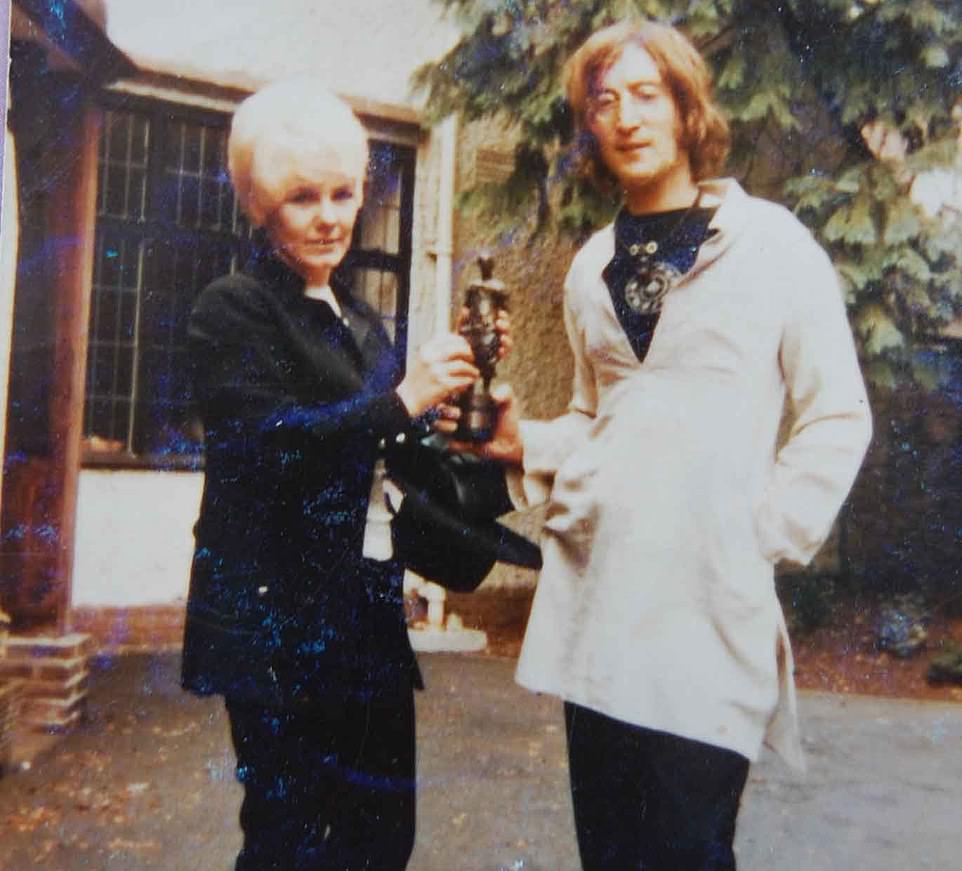 John Lennon pictured holding a Ivor Novello gong, that he won for the song ‘She’s leaving home’, with fan Maureen Hall in 1968. She, somewhat cheekily, knocked on the door of his Surrey home with her husband and a young German girl called Renate, and, amazingly, he invited them in. When she asked for a souvenir Maureen got to pose with the trophy 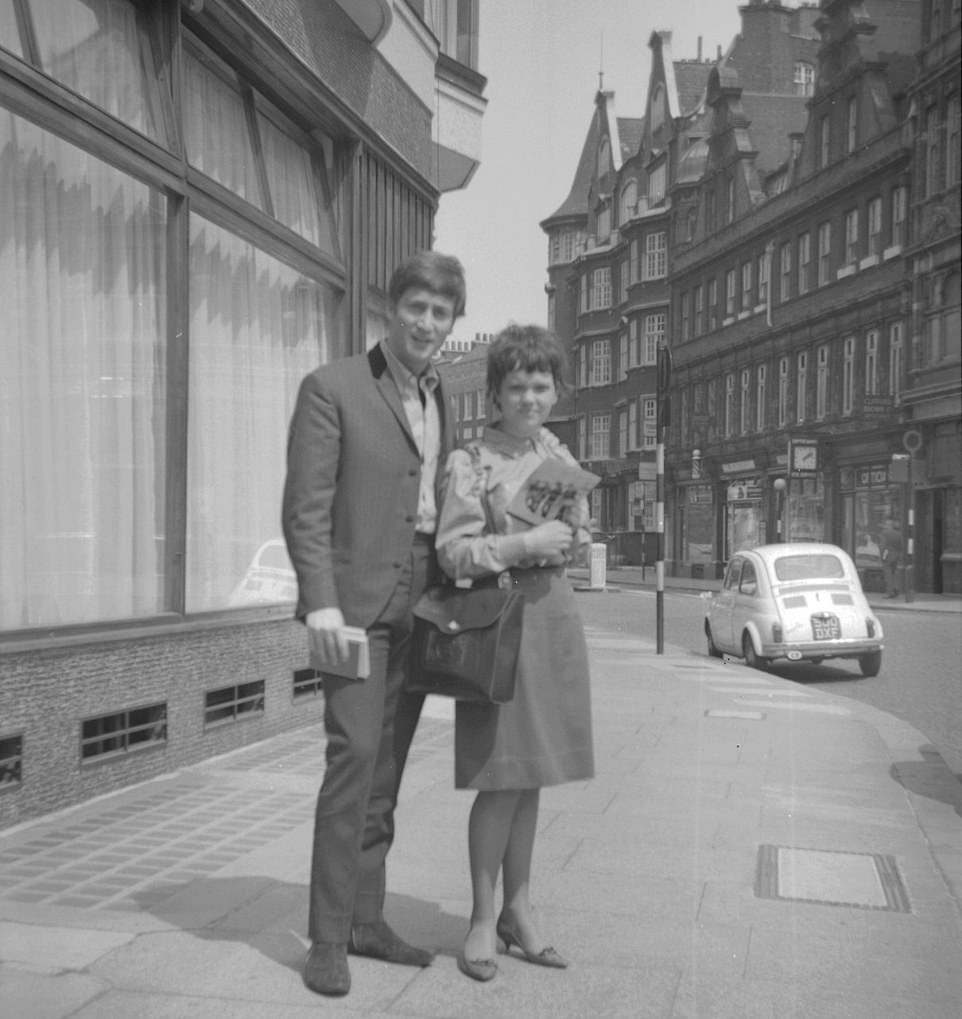 John Lennon snapped in Sloane Square on February 10th, 1963. He is standing on the pavement with a woman. This picture is being published along with hundreds of others in a book chronicling The Beatles rise to fame after Photobox asked fans to dust off their pictures to see what photos of the band they could find 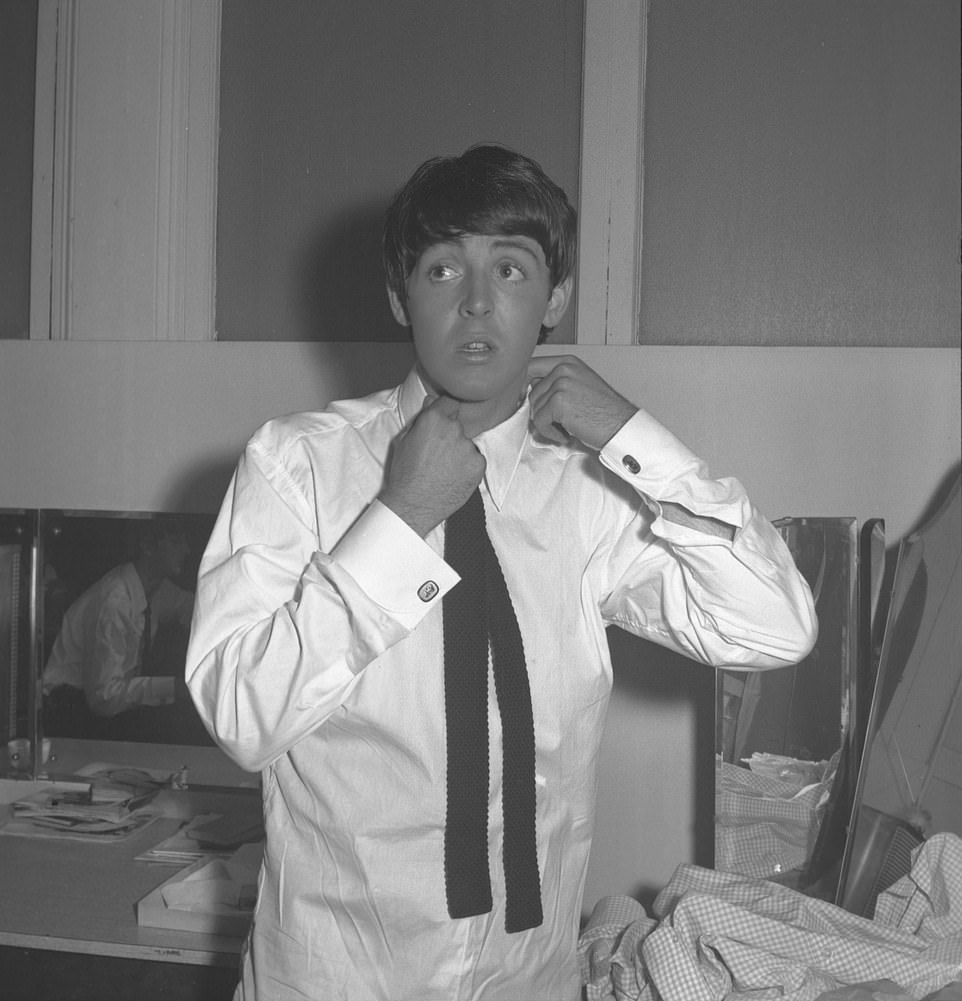 Paul McCartney snapped in the act as he adjusts his collar at the Glasgow Odeon in June 1963. In the mirror there is a reflection of what appears to be another member of the band. They played at the concert hall while they were on tour with Roy Orbison and, Gerry and the Pacemakers 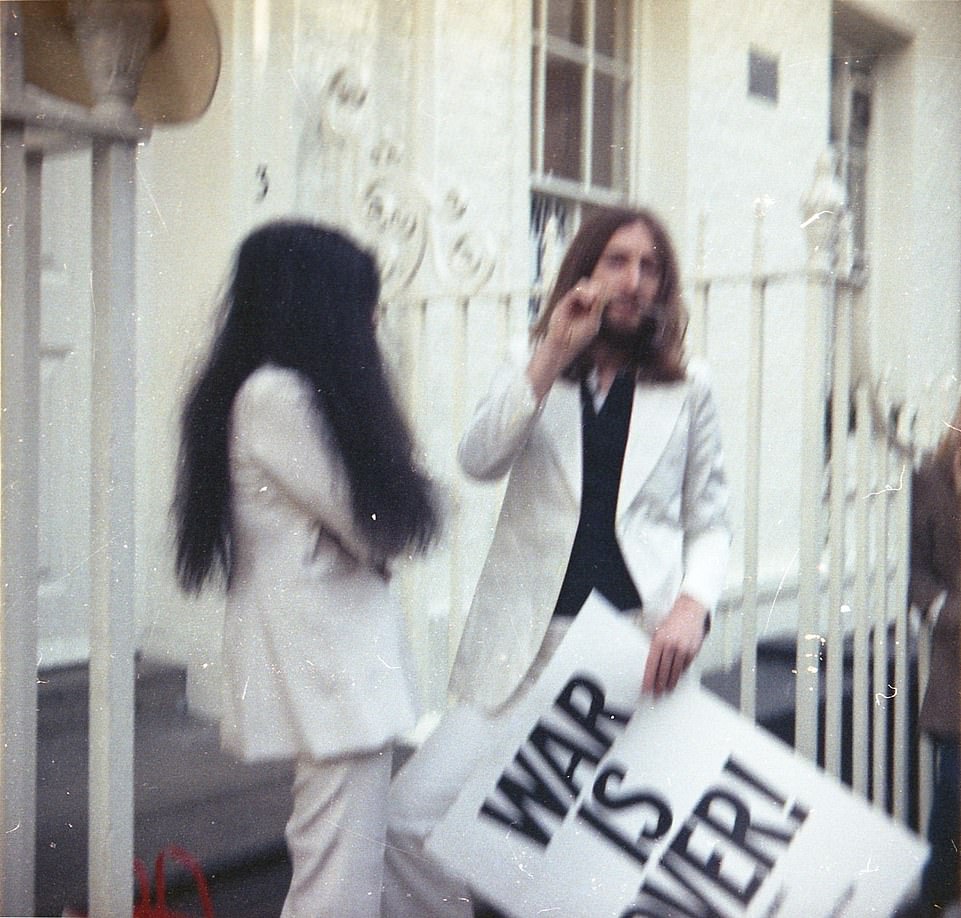 John Lennon pictured holding a sign saying ‘War is Over!’ with Yoko Ono on Saville Row, London, in December 1969. The pair were taking part in a protest against the Vietnam war outside the Apple HQ in the area 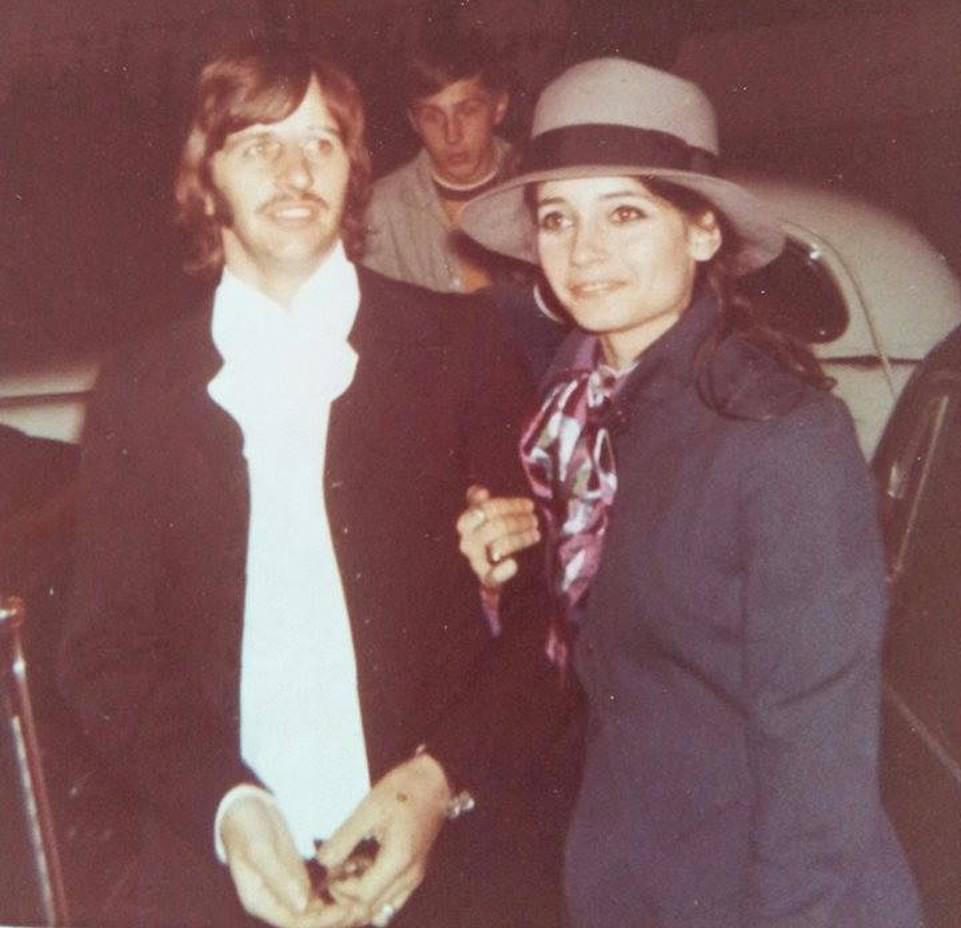 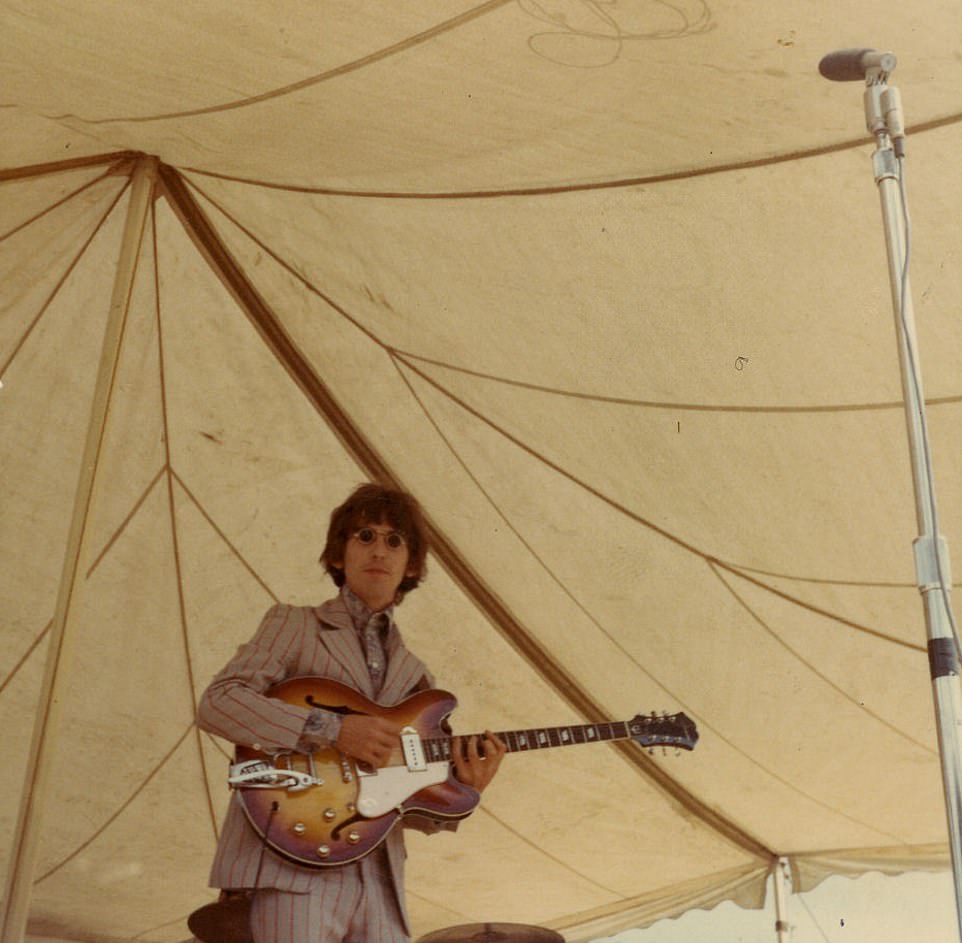 George Harrison photographed in a tent in America holding a guitar. The photo was taken in 1966. Ahead of him a microphone is visible 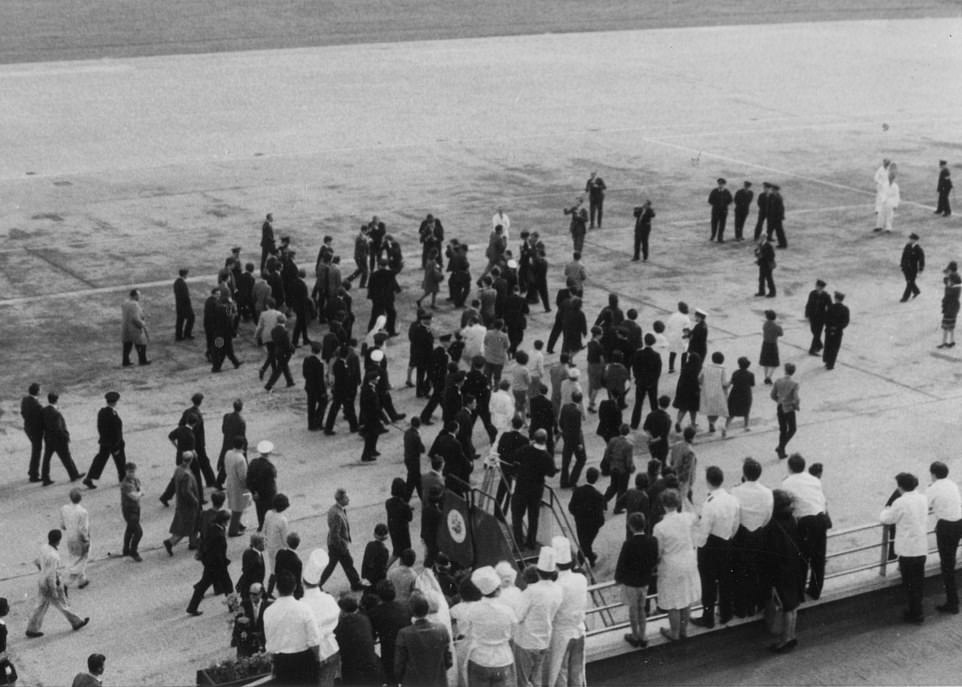 Crowds during Beatlemania gather at Speke airport, Liverpool. Ulf Johansen, who took the photo, said he was by chance at Merseyside when the band arrived for its Northern premiere of film ‘A Hard Day’s Night’ in 1964. They were standing on the rooftop watching the crowds and had just seen the band waving to fans as they walk past 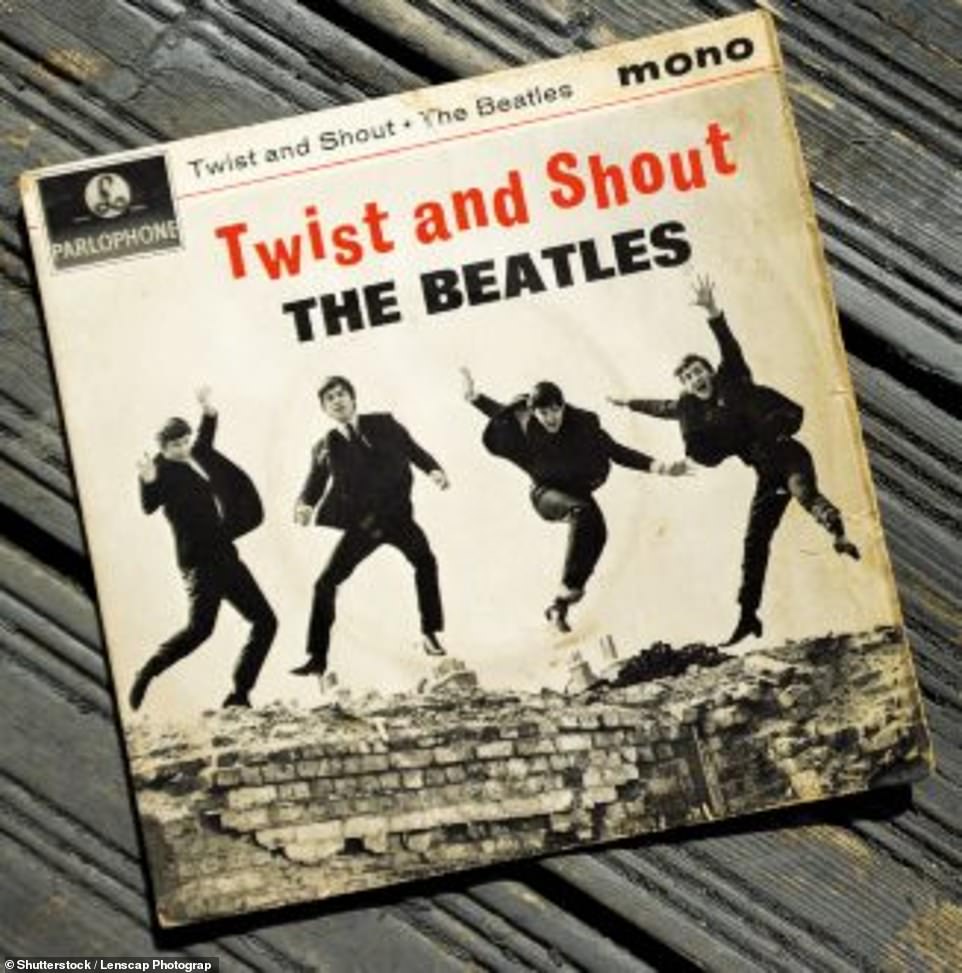 Picture of The Beatles’ record Twist and Shout which was first released on 22nd March 1962. It was produced by George Martin. On the front cover, the Fab Four can be seen jumping into the air off a brick wall 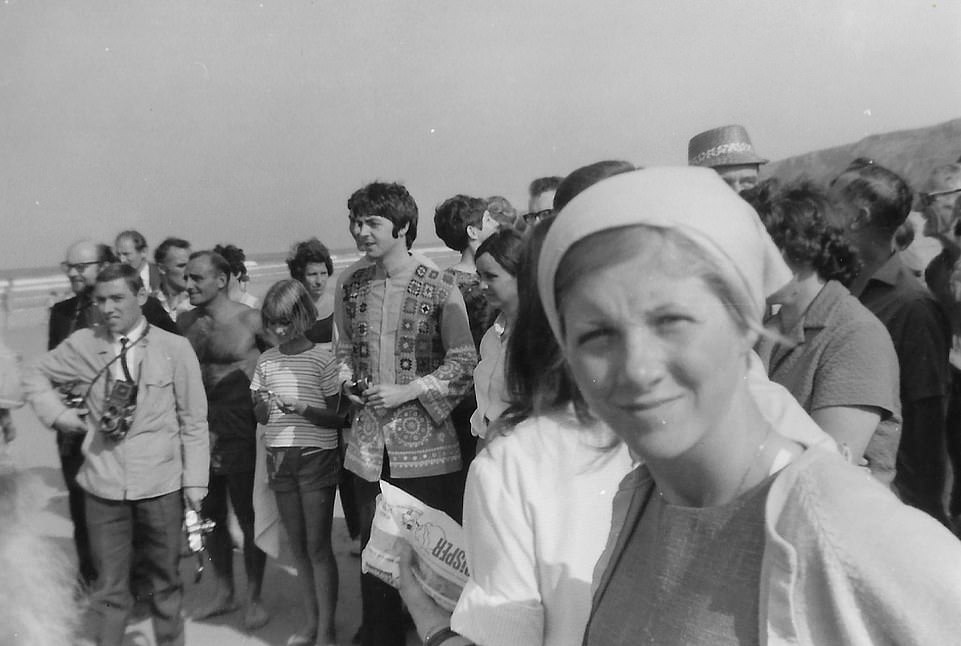 This picture was taken on Watergate beach, Cornwall, when The Beatles were filming for their Magical Mystery tour in 1967. In the foreground Ms Sprason, who submitted the picture, can be seen 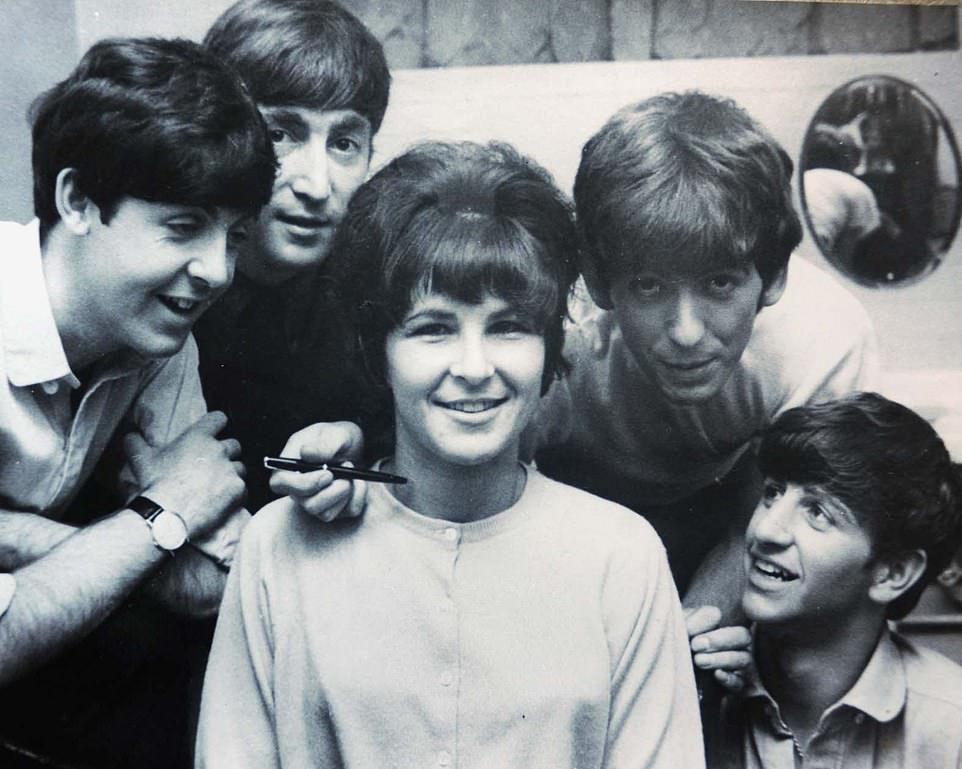 The Beatles pictured with a woman. There is a mirror in the background showing their reflection. This image will be published along with many others in a book, titled The People’s Beatles, formed out of photos of the band taken by fans 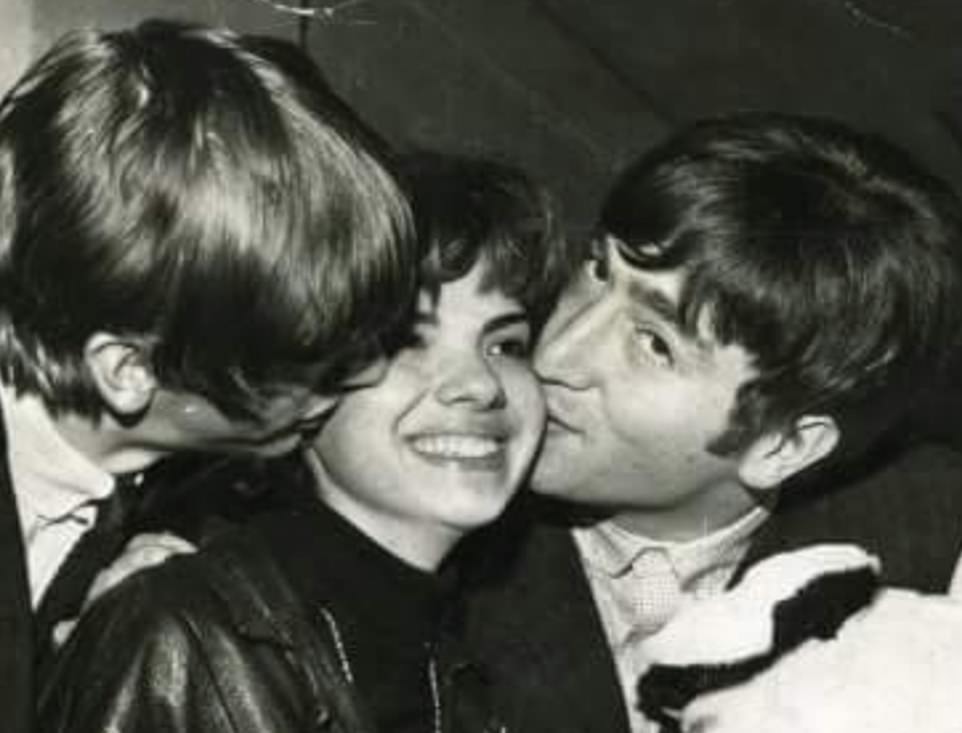 Two members of The Beatles kissing a young woman. Bestselling author Barry Miles, who has written Paul McCartney’s autobiography said, after seeing the 250 pictures in the new book, that it feels ‘really magical to see a different side of the band in the form of stories captured by the fans’. 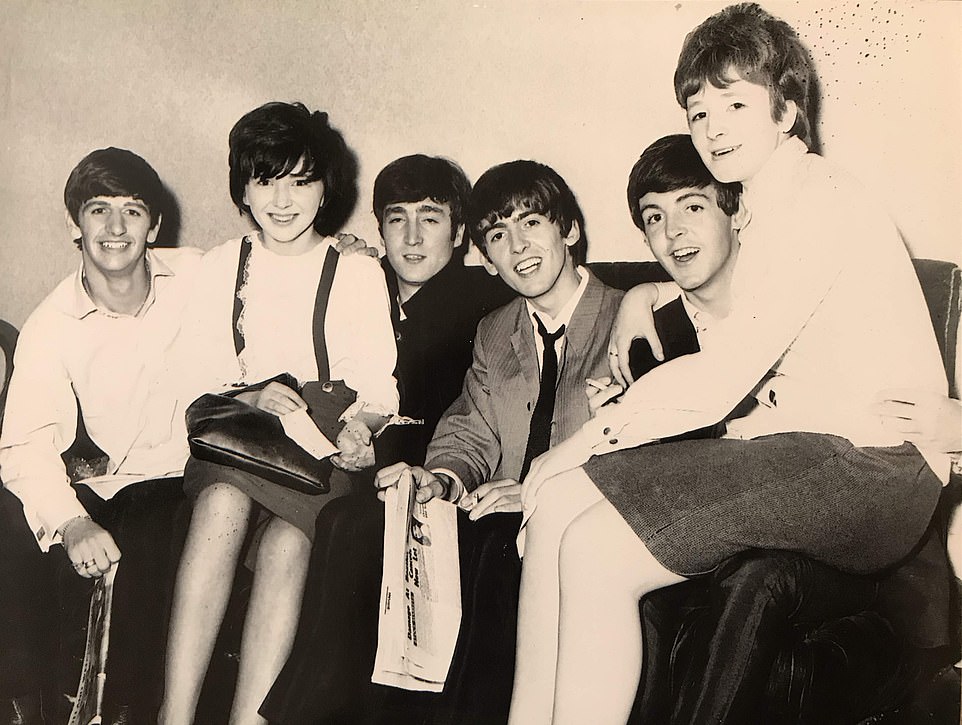 The Beatles pictured sitting on a family sofa with friends. After Photobox appealed for admirers photos of the band more than 1000 images were submitted by fans from 15 different countries