Hundreds of lives are at risk because online market places such as eBay are selling dangerous smoke alarms that don’t detect fires, experts warn

Hundreds of dangerous smoke alarms that don’t detect fires are being sold on eBay and Wish, according to a consumer watchdog.

A Which? investigation found four smoke alarms listed on the shopping sites failed to sound in every house fire test.

The devices, among the most popular and affordable online, are useless in real fire scenarios and put lives at risk, the probe found.

The alarms made up 171 of the cheapest 500 listings for smoke detectors on eBay.

On Wish.com, 28 out of 200 listings were for three of the alarms that completely failed to detect smoke in the tests.

Hundreds of dangerous smoke alarms that don’t detect fires like this one are being sold in droves online. They are unbranded, made in China and sold through Chinese re-sellers 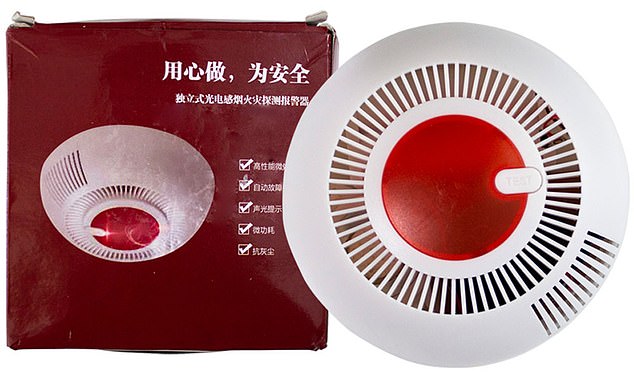 An investigation by Which? found four smoke alarms, including this one, on Ebay and Wish.com failed to sound in every house fire test

All of the devices were unbranded, made in China and sold through Chinese re-sellers.

Two came with instructions that were not in English, meaning that the product cannot lawfully be sold in the UK.

Three of the alarms had a CE mark, suggesting to consumers that they are legal to sell in the UK and meet all safety standards.

Which? researchers analysed how the devices reacted to a host of different house fire scenarios.

They put each alarm in a fire chamber with smoke from four separate fires.

The fires are made up of materials that would be present in a house fire including wood, cotton, plastics and solvents. 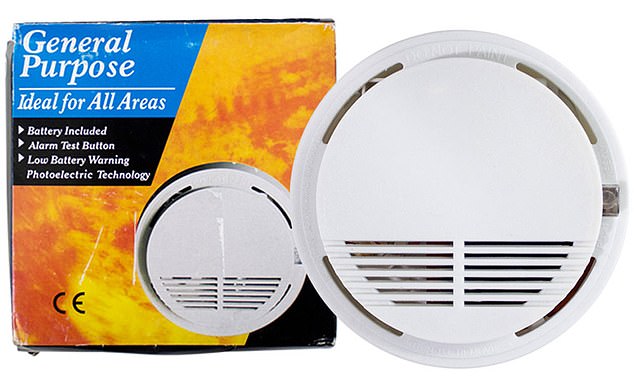 Researchers analysed how the devices reacted to a host of different house fire scenarios. All four, including this one, failed to detect smoke in every fire test 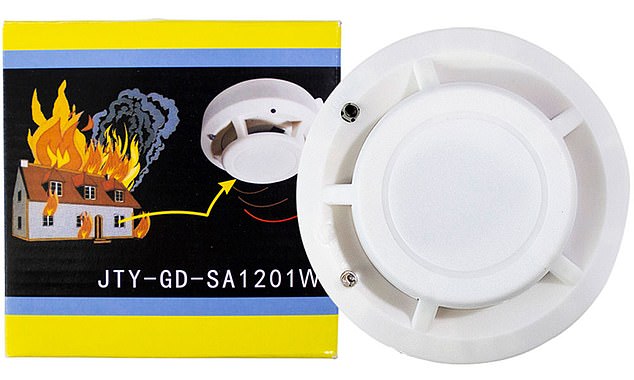 Three of the faulty alarms had a CE mark, suggesting to consumers that they are legal to sell in the UK and meet all safety standards

Auction site eBay has since removed the listings for the alarms that failed to detect smoke in the tests.

It’s the second time in a year eBay has been found with dangerous smoke alarms on its site.

In 2018, the online marketplace removed 100 listings for smoke alarms which failed seven out of eight fire tests conducted by Which?.

But 60 listings of the alarms  appeared to be back on the site in May of this year.

Which? said it believed eBay is not taking the safety of its customers seriously and would be reporting the findings to regulator Office for Product.

Natalie Hitchins, head of home products and services at Which?, said: ‘It’s extremely concerning that eBay and Wish are listing smoke alarms that simply do not work, which could put people’s lives at risk in the event of a fire.

‘Anyone who has one of the products highlighted should stop using it immediately.

‘eBay and Wish must take the safety of their customers more seriously and stop these alarms from getting on to their sites in the first place.

‘eBay customers will be shocked to find that listings for some unsafe alarms simply reappear on the site after being removed.

‘The safety of products bought on some online marketplaces is becoming an increasing concern.’

A spokesperson for eBay confirmed the listings had been removed following the tests.

They added: ‘The safety of customers is our number one priority and we work closely with bodies such as Trading Standards to ensure listings sold on our marketplace comply with the law.

Wish.com said it was ‘grateful’ to have been alerted to the faulty devices.

A spokesperson said: ‘As a marketplace with more than two billion products, we look to our community to help us ensure that our products are up to the standard that customers expect.

‘We are grateful to Which? for alerting us to this issue and looking out for the needs of the consumer.

‘We are working to remove these products from the platform and are following up with the merchants in question to ensure they are adhering to local laws and regulations.’