Hundreds of mourners travel from around the world for gypsy funeral

More than 1,000 mourners turned out for the funeral of a popular traveller famous for training horses who had a whopping 140 grandchildren.

Beloved Patrick ‘Paddy’ Doran was laid to rest in Leeds, West Yorkshire yesterday surrounded by his adoring friends and family who travelled from all over the world to attend.

Amazing pictures of the funeral cortege show exuberant floral displays, including one in the shape of a caravan, and a golden carriage carrying loved ones.

Family members of Paddy Doran carried his coffin through the streets of Leeds, West Yorkshire. The Irish traveller, who had 140 grandchildren died on January 18 at the age of 91 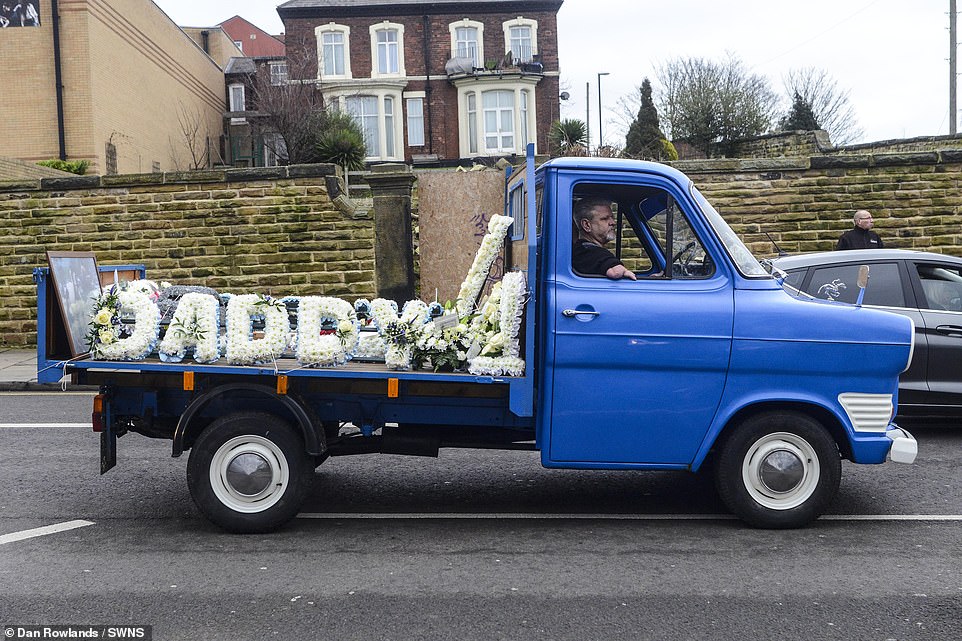 Extravagant floral displays followed his coffin, including this tribute spelling out the word Daddy on the back of this immaculate Mark 1 Ford Transit 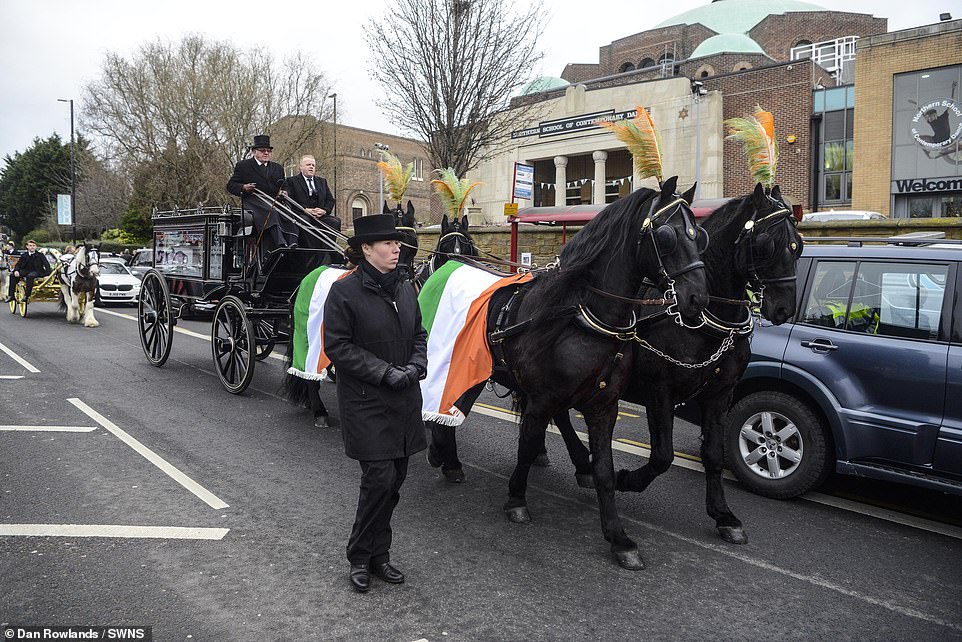 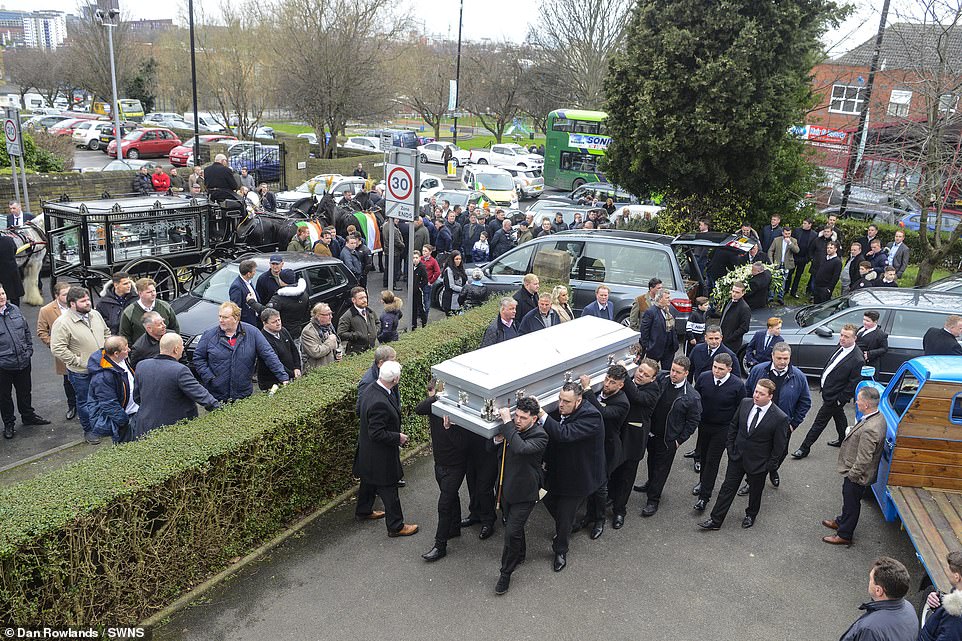 Hundreds of people stood outside the church to greet the coffin ahead of his funeral mass yesterday in Leeds, West Yorkshire 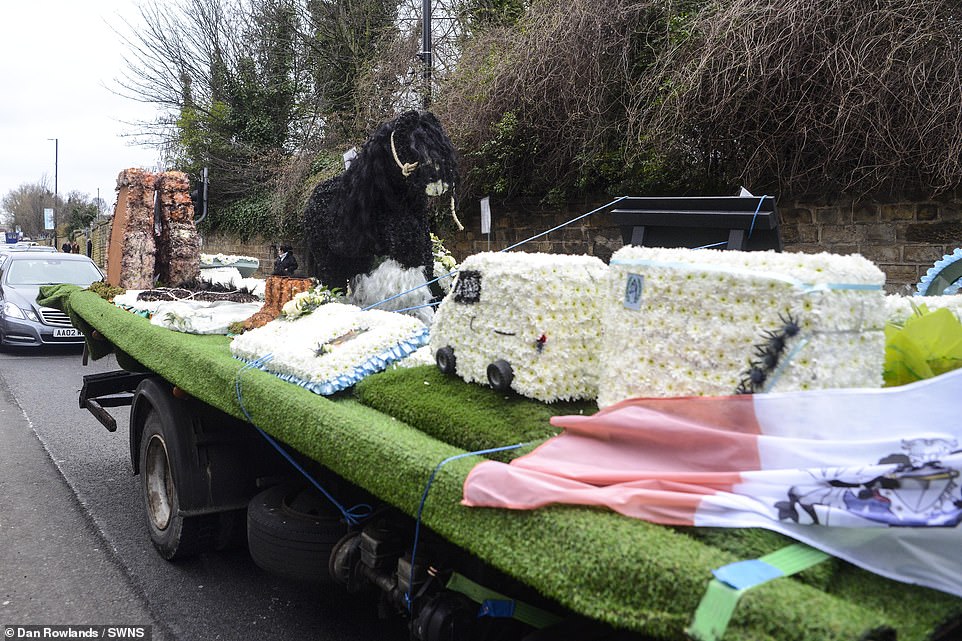 Mr Doran’s coffin was in a magnificent glass-panelled carriage being pulled by four horses with the Irish flag draped over their backs.

The family man was born and raised in Wexford in the southeast of Ireland before moving to West Yorkshire when he was in his 20s.

He made his name as a skilled horse trainer and became affectionately known as ‘Rich’ Paddy Doran by those who knew him.

After a long and colourful life the dad-of-12 passed away from natural causes on January 18 at the age of 91.

He leaves behind hundreds of family members and his wife of 70 years, Mary. 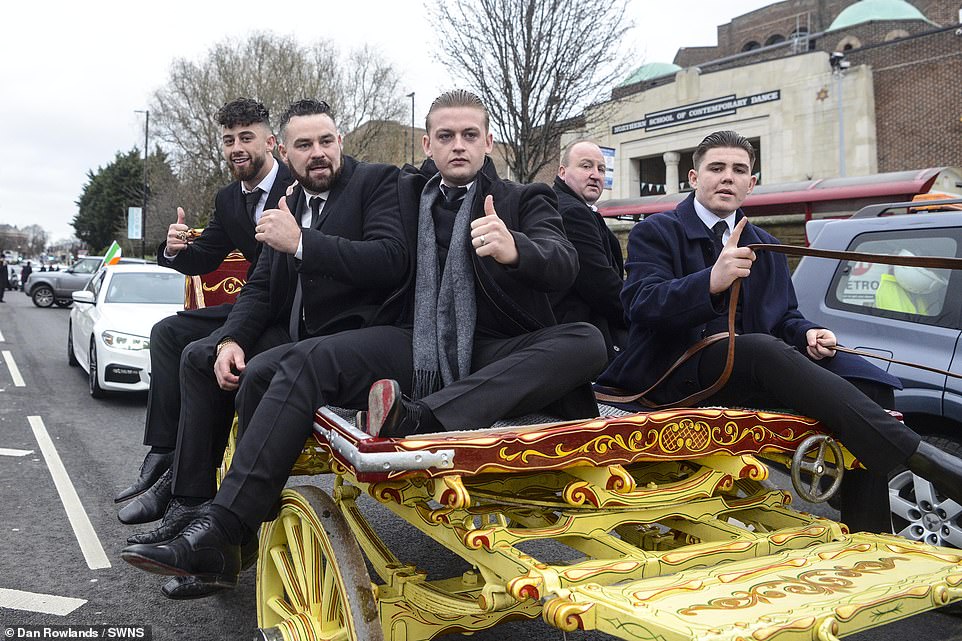 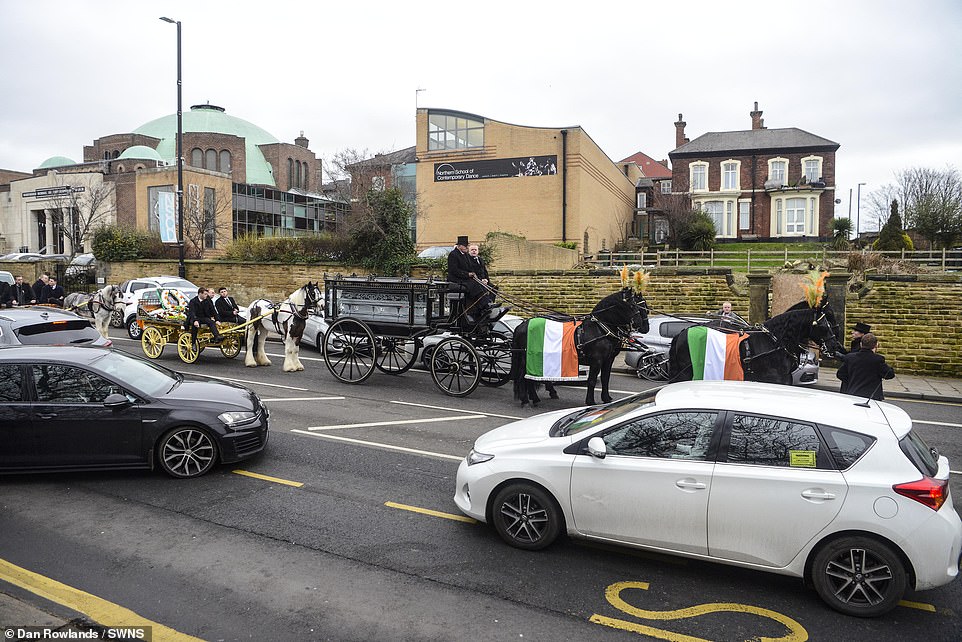 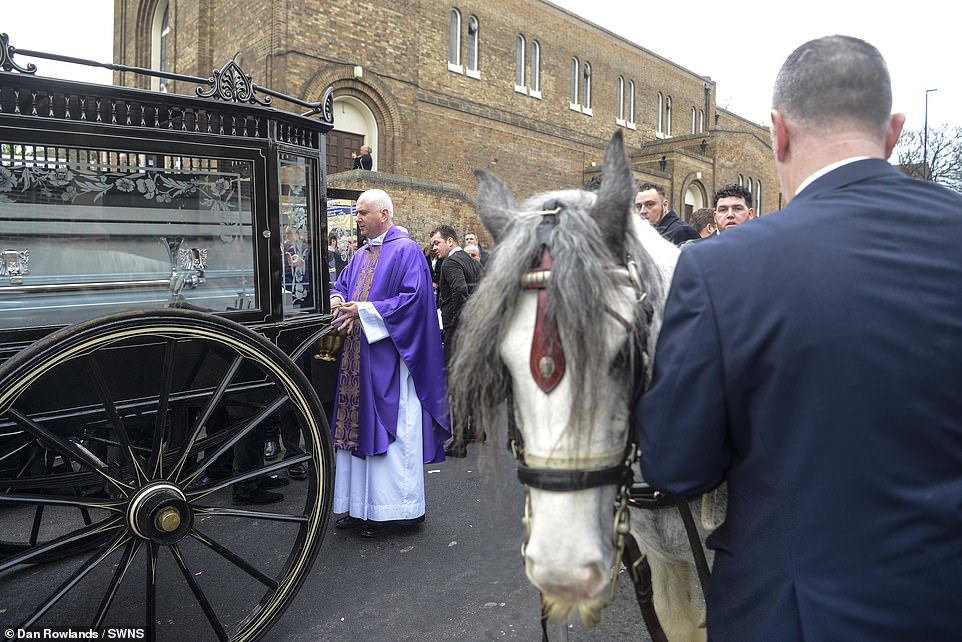 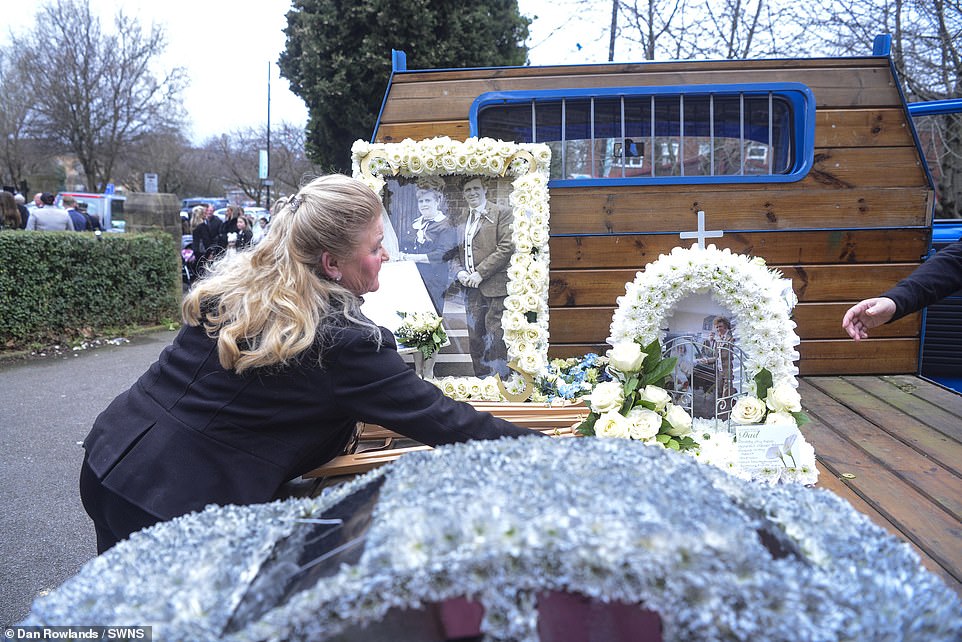 His funeral was held yesterday at the Catholic Church of the Holy Rosary in Leeds, West Yorkshire.

He added: ‘Paddy was an absolute gentleman, anyone who knew him would tell you the same.

‘He was family family orientated and love them with all his heart.

‘Paddy was also a very good businessman and knew how to make money – lots of people knew him as ‘Rich’.’

John added: ‘We have a very big family and to see so many of them turn out today is amazing. 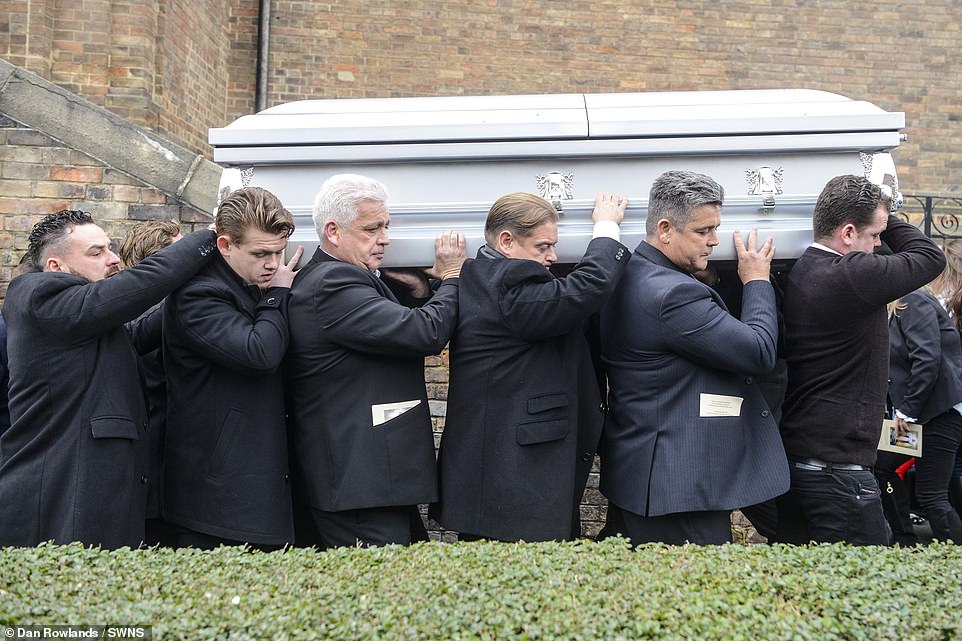 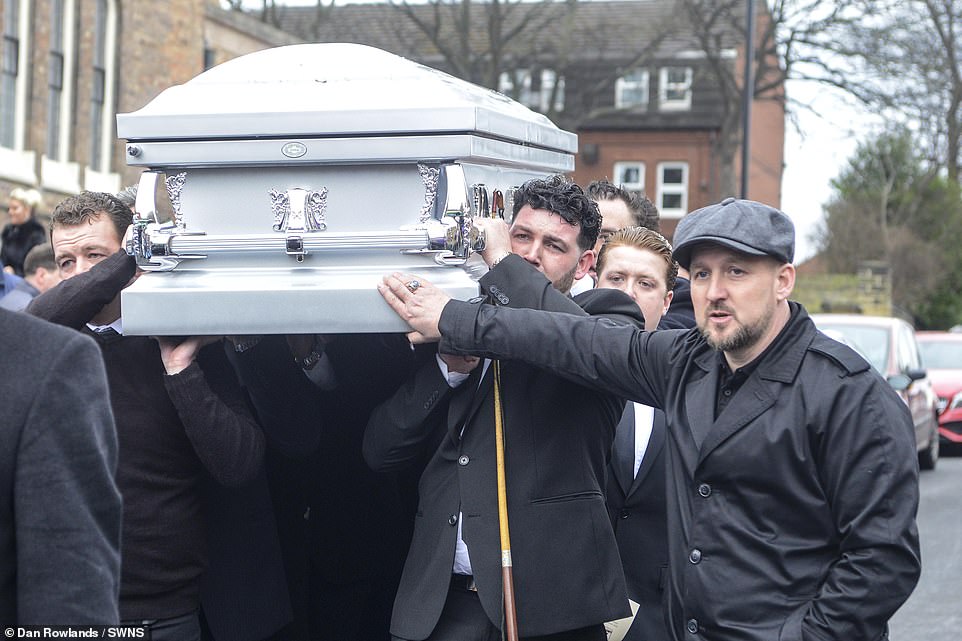 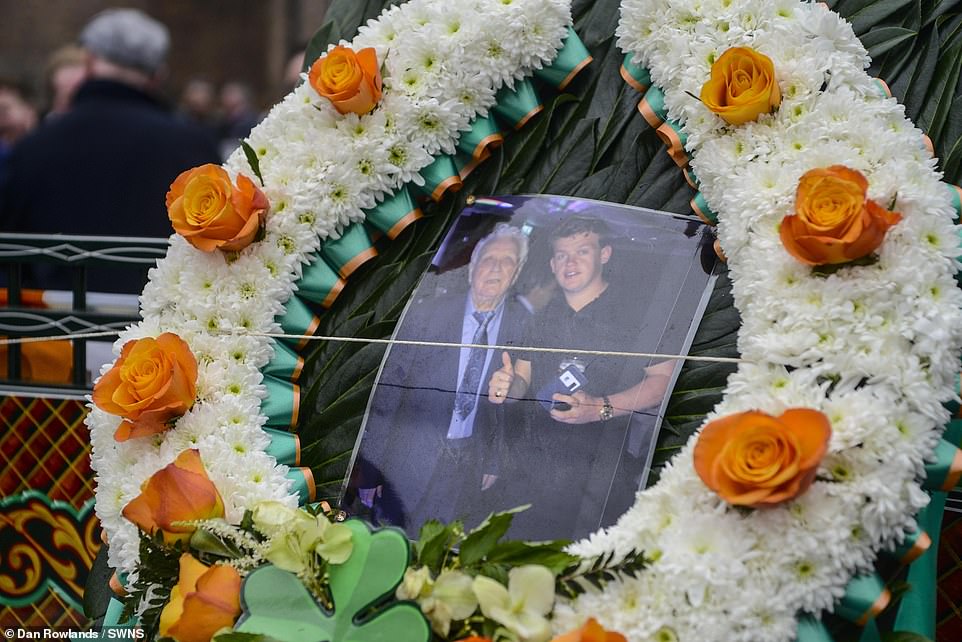 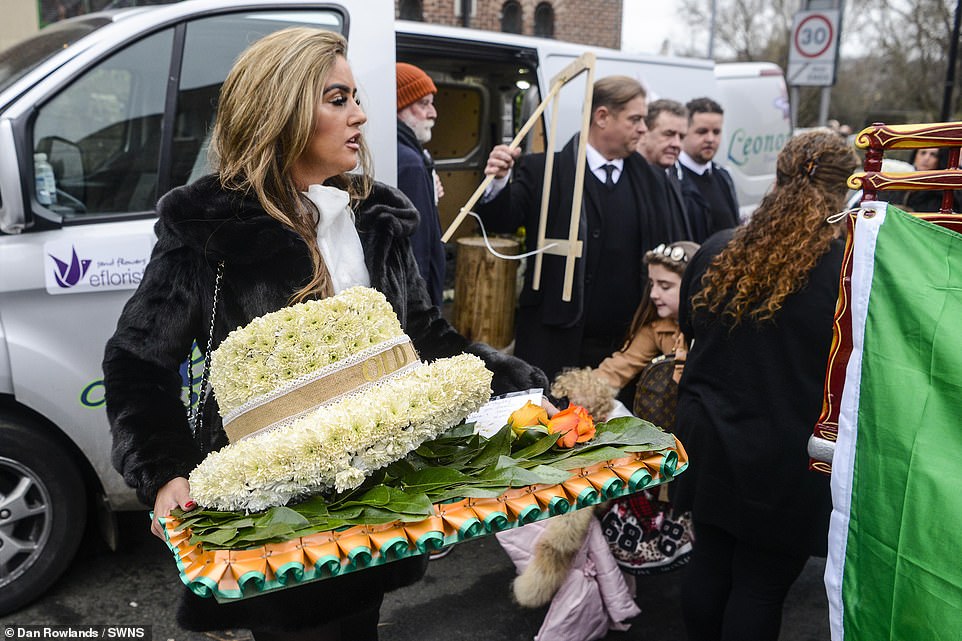 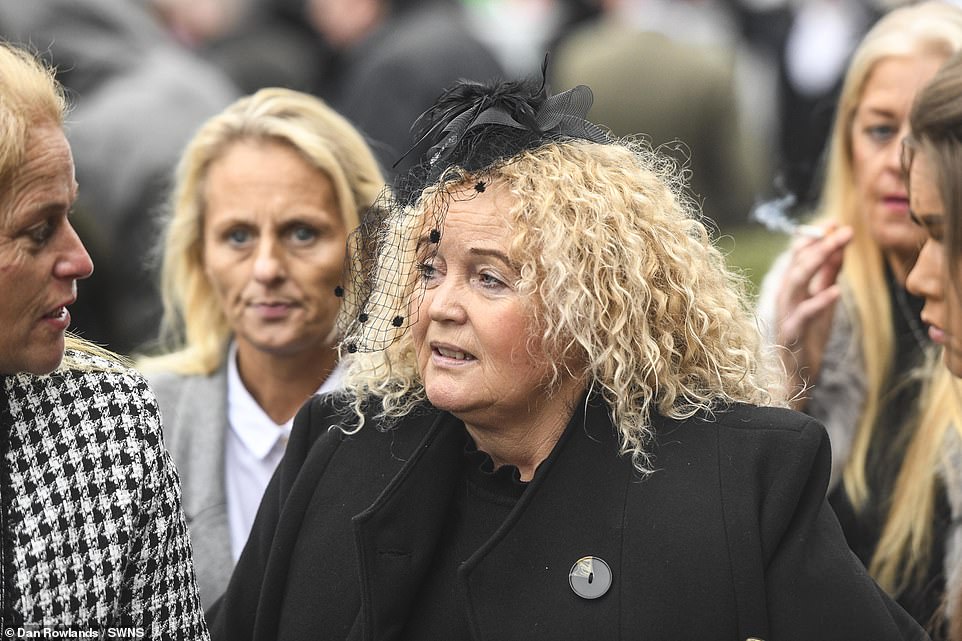 Mr Doran, who had 12 children and 140 grandchildren also leaves behind his wife of 70 years Mary 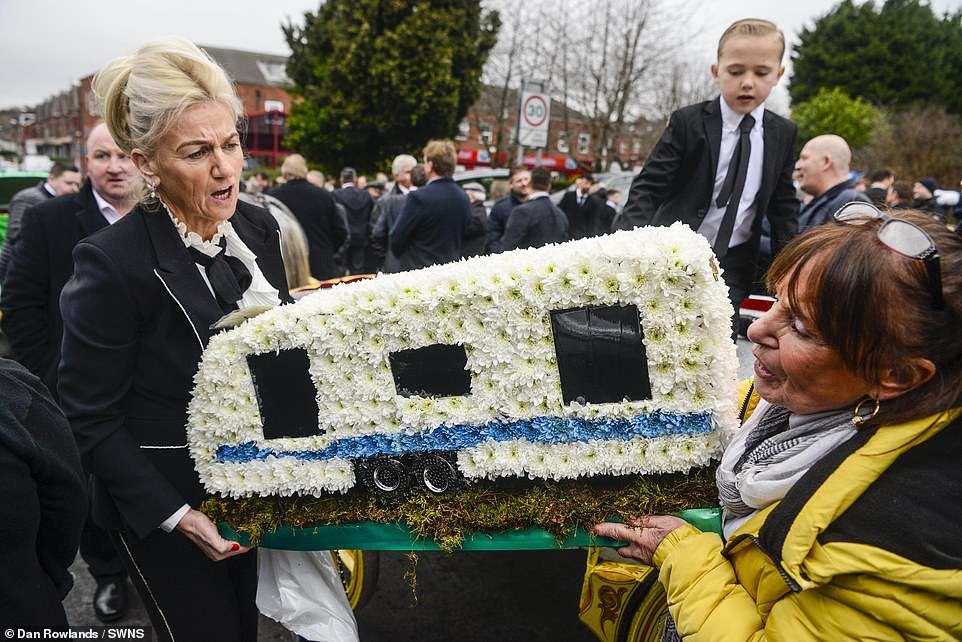 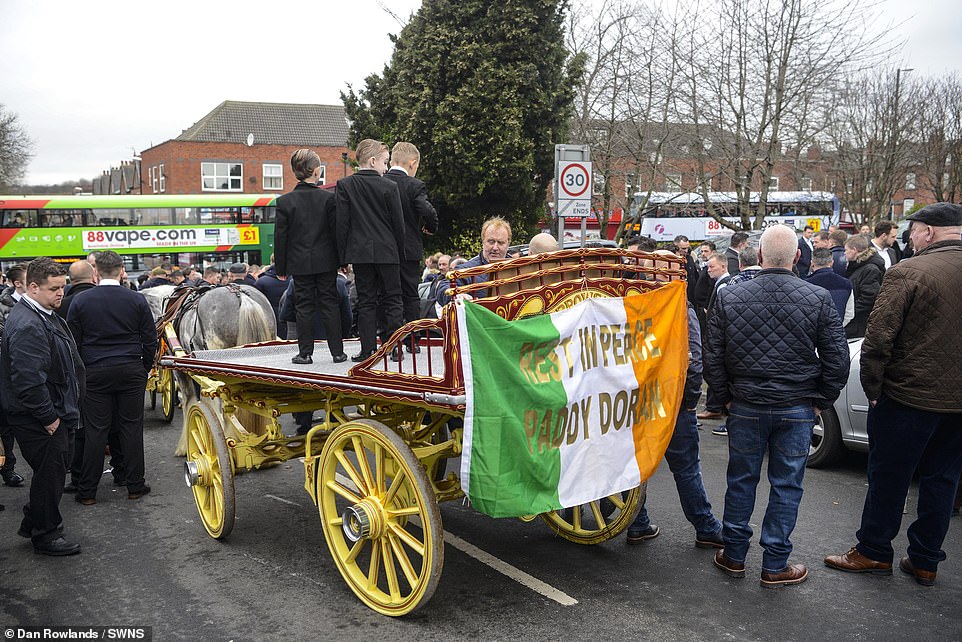 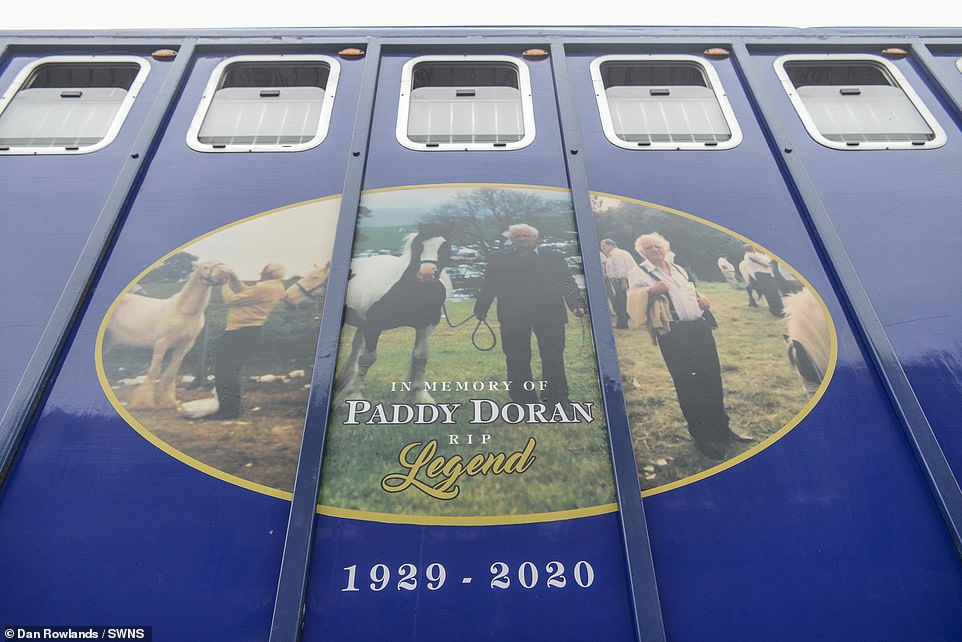 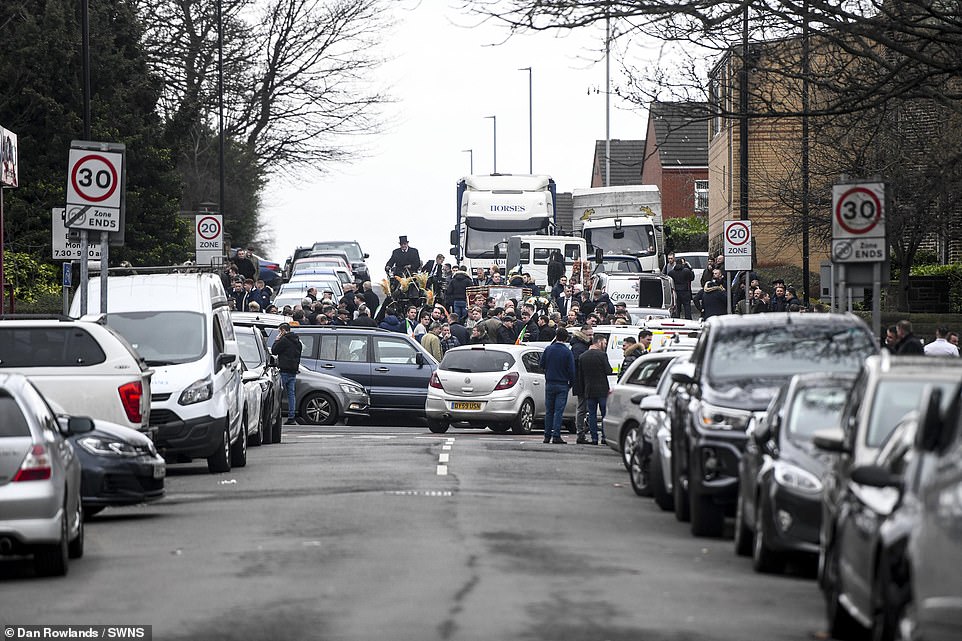 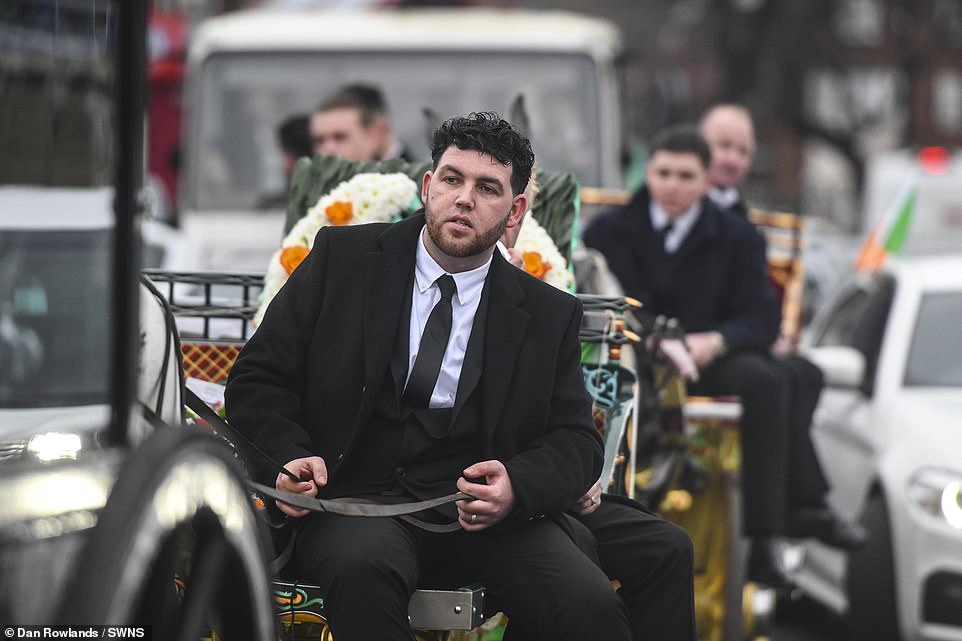 Members of Mr Doran’s family rode to the funeral on horse drawn carriages. Horses form a massive part of the culture of Irish travellers 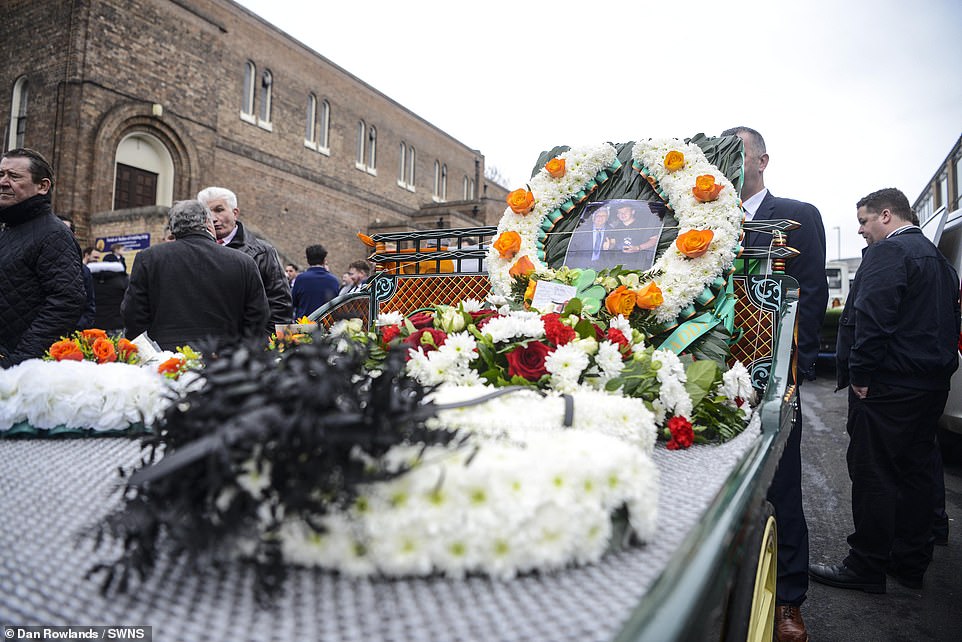 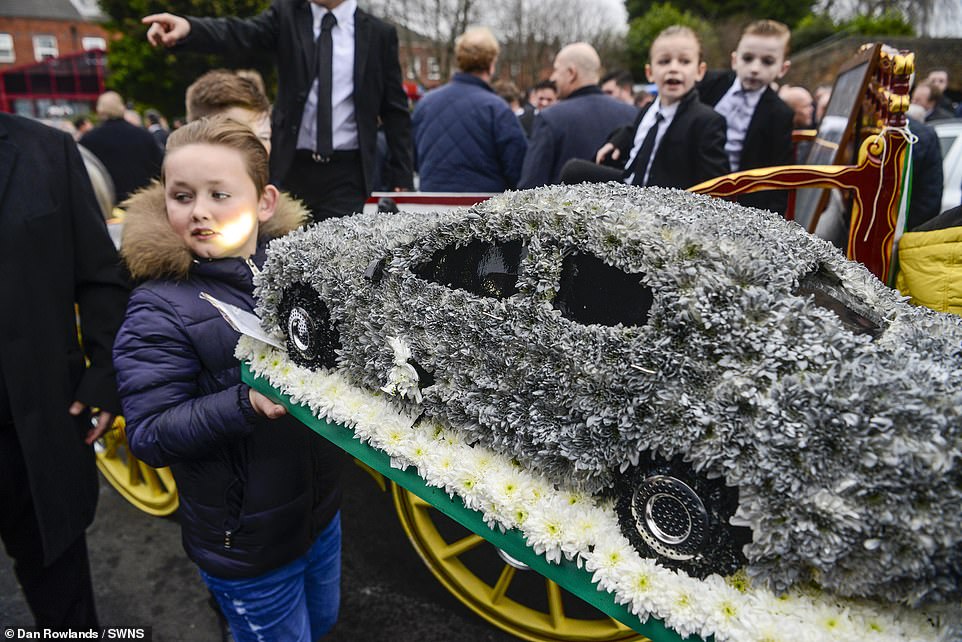 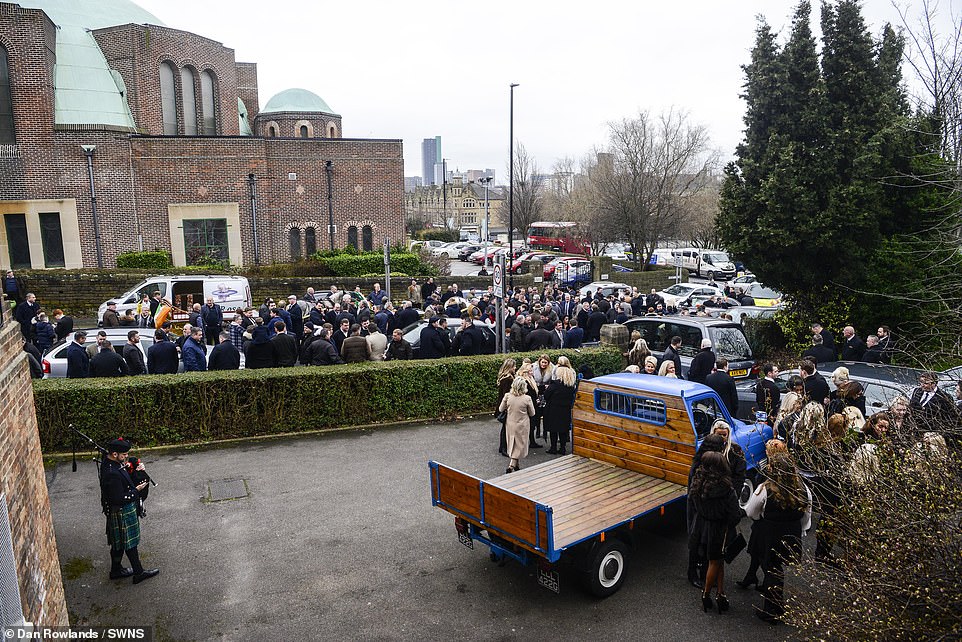 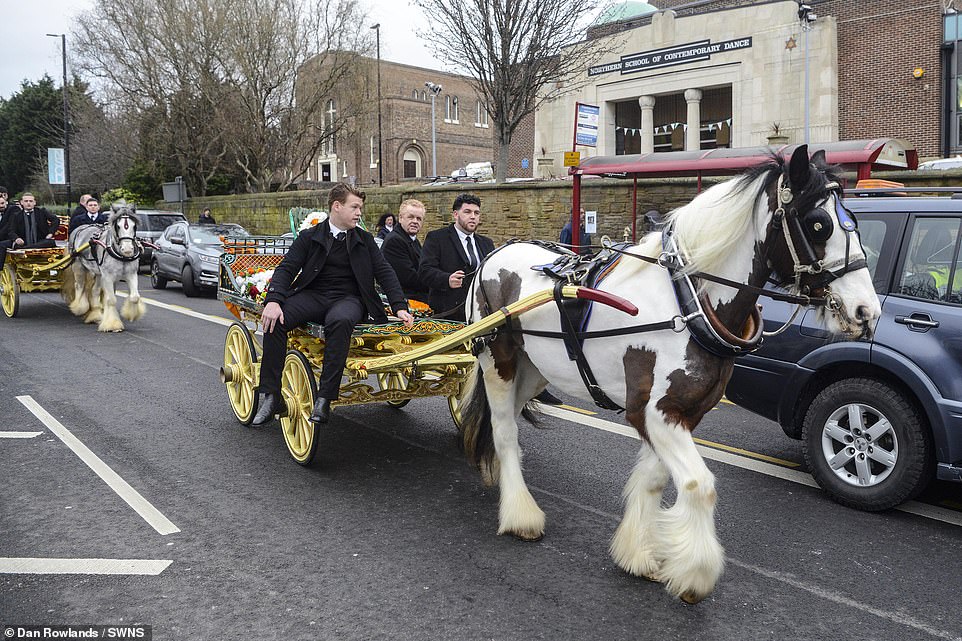 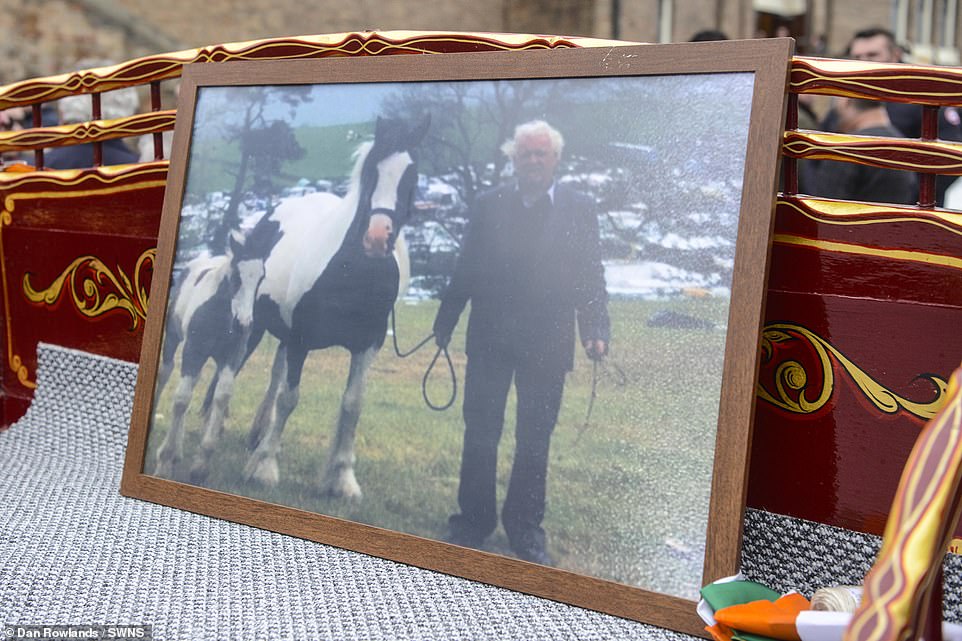 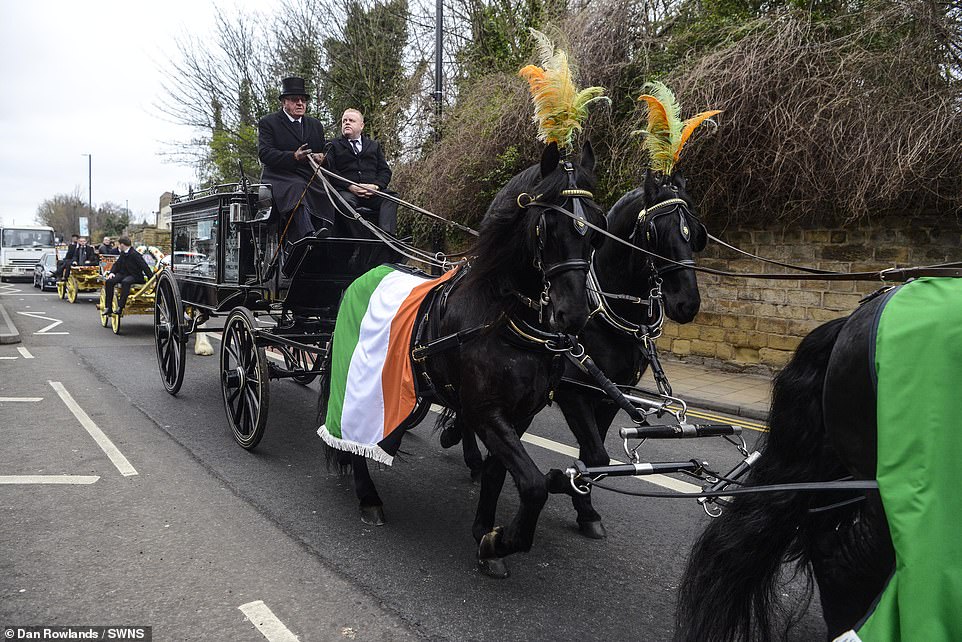