Hundreds of people in queue for vaccination at Sydney hospital

Three-hour queues for the Covid-19 vaccination at a Sydney hospital are causing people to give up and walk away.

Royal Prince Alfred Hospital at Camperdown in Sydney’s inner west had seen hundreds of people turn up to its vaccination centre on Monday.

Daily Mail reporter Peter Vincent, one of those waiting in the queue, said security had tried to organise the hordes of people into lines in the basement of a carpark.

‘A few people are just walking away because of the long wait,’ he said.

‘People are standing in the cold, not properly socially distanced, for hours. 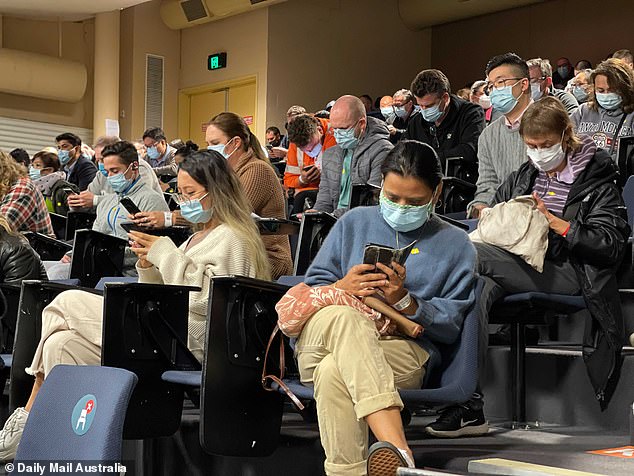 We’ve had a surge today for sure but that’s a good thing, people wanting to get vaccinated,’ a NSW Health spokesperson said 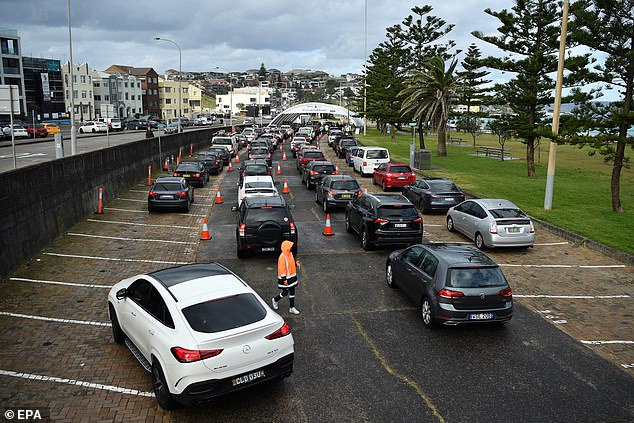 Those attending the vaccination centre were using a new appointment system that allocated a window for a person to be vaccinated.

‘A NSW Health worker told us some staff were not vaccinated and had to be under a new public health order so they could administer vaccines,’ Vincent reported.

‘They don’t have enough staff to cope with the appointments they’ve booked, either.’

Vincent said staff were flustered and apologising to those waiting, while some arguments had also occurred as people’s patience was tested.

Once vaccinated, people were also being told to walk to 300m to a registration centre. Many complained they would likely receive parking tickets as a result of the delays.

‘RPA Hospital is turning away people with vaccine appointments and telling them they can’t be vaccinated today because they’re ‘too busy,’ Twitter user @kicks1776 wrote.

‘While those they are taking are waiting 3 hours! Get your s*** together!’

A NSW Health spokesperson told Daily Mail Australia that claims about unvaccinated workers were incorrect and that the centres at RPA and Olympic Park are appointment only.

‘All our staff at vaccination centres at RPA and Olympic Park have been vaccinated in February and March this year,’ the spokesperson said. 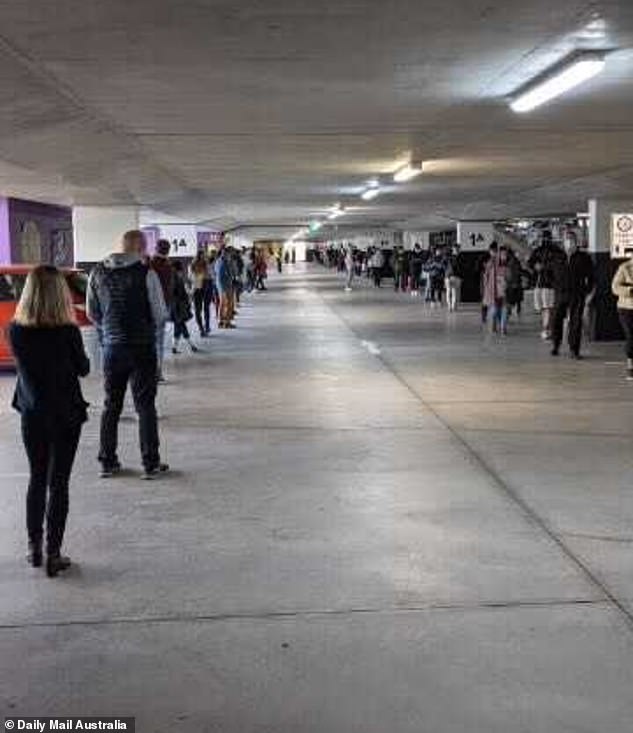 Daily Mail reporter Peter Vincent, stuck in this queue, said there were around 400-500 people at RPA awaiting Covid-19 vaccination today

‘We’ve had a surge today for sure but that’s a good thing, people wanting to get vaccinated.

‘We had a record number of vaccinations yesterday on our first day of opening on a Sunday.

‘Obviously there is a demand for services when there’s an outbreak but I hope people are a little bit understanding on a day like today, that we’re doing the very best we can.