Hundreds of thousands of Australians who were entitled to a one off $750 government payment are still waiting for the funds to hit their bank accounts.

While six million people who required JobSeeker, Aged or Disability Support Pensions prior to COVID-19 have already pocketed their cash injections, up to 500,000 others could still be waiting to be approved.

But Service Australia assured anybody who lodged an application for these services prior to April 13 that the money will still come – after their claim is approved.

An estimated one million workers found themselves out of a job in the days to follow the March 23 closures of all pubs, bars, gyms, cinemas and cafes to slow the spread of COVID-19.

Thousands of Aussies were forced to queue for hours after they were laid off to gain access to Centrelink payments. Pictured: Jobseekers on Marck 23, the day most businesses closed 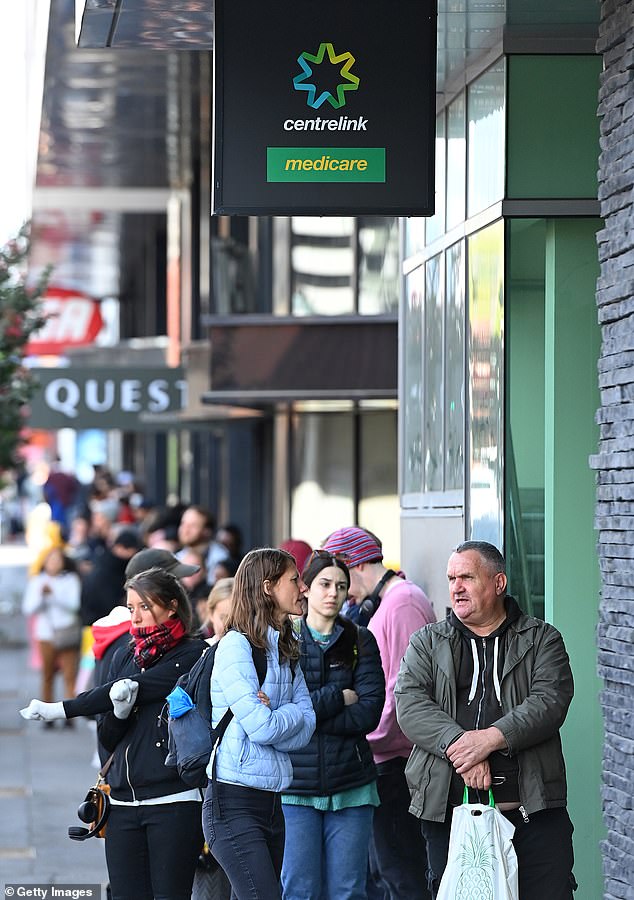 The government said they normally serviced about 10,000 JobSeekers each week – but are currently processing 210,000 claims per week

The Australian government introduced a series of stimulus packages to save the economy – which was teetering on the brink of a devastating recession.

The first of the packages was the $750 Economic Support Payment – designed specifically for people who were already benefiting from government support.

Most were due to receive the cash injection by April 17, and Service Australia’s General Manager Hank Jongen told ABC that was the case.

More than $4.5 billion was delivered among about six million bank accounts over the last four weeks.

But initial estimates suggested upwards of 6.5 million Australians would be entitled to the payment, meaning there are potentially hundreds of thousands still waiting. 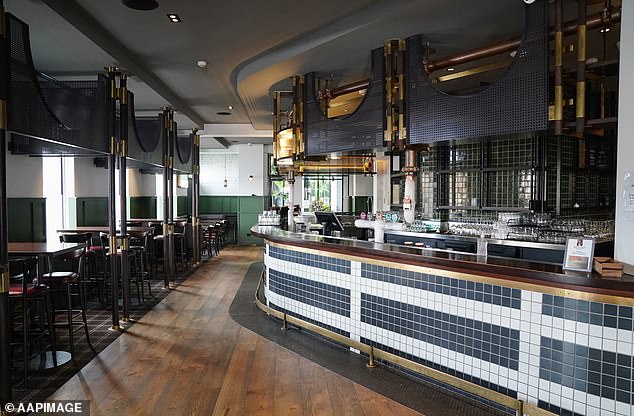 Bars, pubs, cinemas, restaurants and gyms were forced to close on March 23 to slow the spread of COVID-19 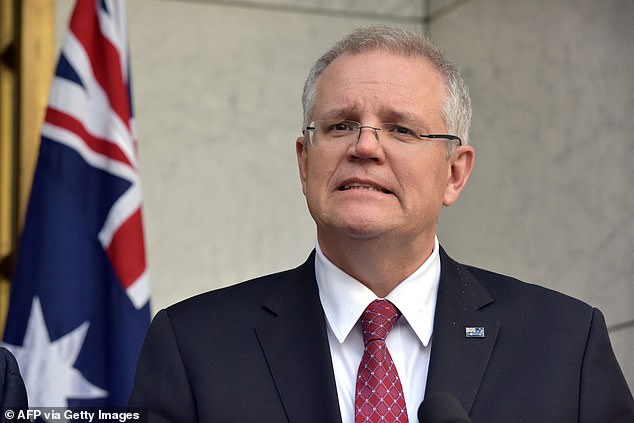 For the Australians who are still waiting for the much-needed cash, it might still be a few weeks away.

‘Payments will continue to be made, including to those whose claims are currently being finalised, in the coming weeks,’ Mr Jongen said.

Anybody who found themselves jobless prior to April 13 and applied for JobSeeker is entitled to the payment, but their claim must first be approved by Centrelink.

A second cash injection of $750 will also be automatically distributed among eligible candidates from July 13. 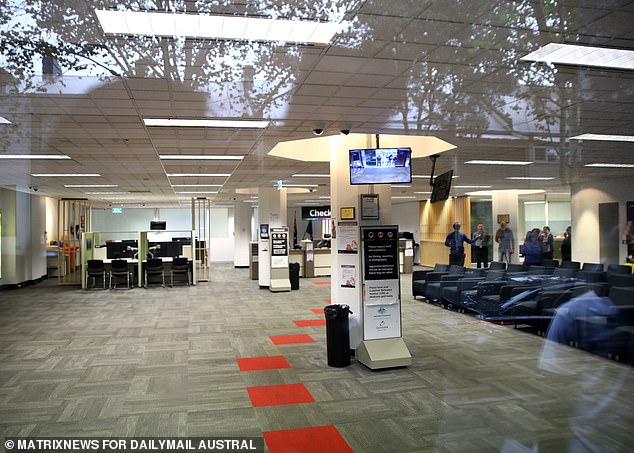 But anybody receiving JobSeeker, Austudy or Youth Allowance payments will not be entitled to the second payment.

Instead, they will receive an additional $550 each fortnight for the next six months on top of the usual $565.70 JobSeeker payment.

It was part of a second $66.1billion stimulus package, announced on March 22, a day before the business shutdowns came into effect and will begin on April 27.

He understands some people are still having some difficulty accessing services, and is trying to streamline the process for everybody. 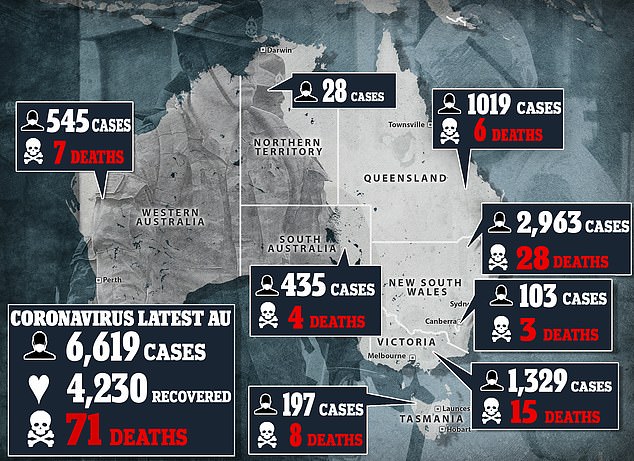 There are 6,619 known cases of coronavirus in Australia at the moment, including 71 deaths