Hundreds of thousands of United States servicemembers remain unvaccinated or are only partially vaccinated against the coronavirus, as the deadline to have the shot draws closer.

The vaccination rates vary between military branches, according to data obtained by the Washington Post, with 98 percent of the active duty Navy fully vaccinated.

There are almost 340,000 such personnel, with the two per cent who haven’t been jabbed representing close to 7,000 people.

Meanwhile, just 72 percent of the 181,000 active Marine Corps personnel have been vaccinated – meaning close to 51,000 have yet to have the jab.

Both branches have to be fully vaccinated by November 28, under the Defense Department’s August mandate.

Figures show that 81 percent of Army members are fully vaccinated. That branch of the military has 485,000 members, with the 19 per cent who remain unvaccinated representing well over 95,000 personnel.

And more than 60,000 people in the Air Force have just three weeks to meet their deadline to be fully vaccinated.

The rate, though, is worse for members of the Army National Guard and Army Reserves – which have until June to meet the vaccination requirement.

Military officials said the rates have varied due to the staggering deadlines, and have expressed hope that the vaccination rates will increase as the deadlines near.

Hundreds of thousands of service members remain unvaccinated or are partially vaccinated despite deadlines to do so. Here, Sergeant First Class Demetrius Roberson administers a COVID-19 vaccine to a soldier on September 9, 2021 in Fort Knox, Kentucky

Since the pandemic began, about a quarter million service members have been infected with the virus, and more than 2,000 were killed, with a large outbreak last year aboard the USS Theodore Roosevelt that showed how quickly the virus could spread in close quarters.

The outbreak served as a wake up call when the ship was sidelined for two months after about 1,100 crew members were infected and one soldier died.

In August, Defense Secretary Lloyd Austin announced that he was seeking President Joe Biden’s approval to mandate that all service members get vaccinated against the virus. which the president later approved.

He said in a statement at the time that he strongly supports Austin’s decision, noting the plan would add the COVID vaccine ‘to the list of required vaccinations for our service members not later than mid-September,’ according to the Associated Press.

Biden added that country is still on a wartime footing and ‘being vaccinated will enable our service members to stay healthy, to better protect their families, and to ensure that our force is ready to operate anywhere in the world.’

Under the plan, all 2.1 million troops would have to be vaccinated against COVID, and exemptions to the rule would be rare.

Those who would refuse a COVID shot would be punished.

Since then, the Washington Post reports, the military’s vaccine rate has greatly increased, with a 292 percent increase in the number of personnel who began a vaccine regimen in the Marine Corps. 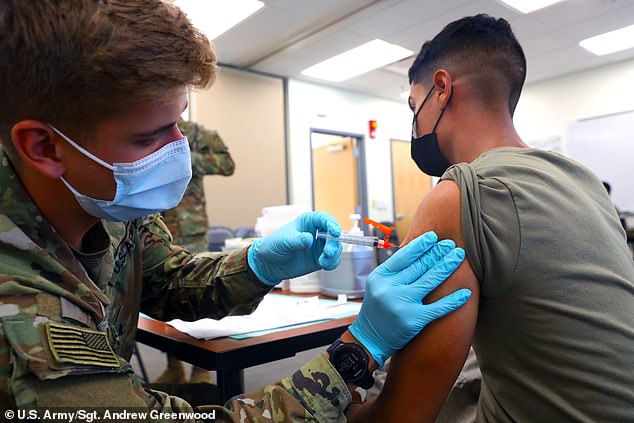 Still, some remain hesitant, even though military members receive 17 compulsory vaccines when they sign up for duty.

‘The Army’s policy is incentivizing inaction until the latest possible date,’ said Katherine Kuzminski, a military expert at the Center for a New American Security, as the plans require the Army Reserve and National Guard to be fully vaccinated eight months from now.

‘The way we’ve seen the virus evolve tells us looking out to June 30 may need to be reconsidered,’ she said.

The Army National Guard and Reserve comprise about 522,000 soldiers, according to the Post – roughly a quarter of the entire military, but barely 40 percent are fully vaccinated.

The two branches also account for nearly 40 percent of the 62 service member’s deaths from the coronavirus.

Members of the two branches are typically older than their active-duty counterparts and their civilian jobs or mobilizations may expose them to COVID more often than full-time troops who live and work in insulated barracks.

The Army. though, defended the June deadline in the Washington Post story saying the date reflects how large the Reserves are compared to other services and military reserve components, as well as the constraints imposed by the geographic spread of its members.

Due to the pandemic, it has been more difficult for members of the Reserves to meet in person and go through their medical records.

About half of them do not live near military health clinics that administer the vaccine, the Army said, and it has instructed soldiers on how to upload documents showing they received shots from nonmilitary providers.

But Representative Ruben Gallego, a Democrat from Arizona who sits on the House Armed Services Committee, said the reserve deadline was ‘alarming’ and could negatively affect the service’s ability to mobilize troops between now and next summer.

They have been deployed for duty more than any other time since World War II in 2020, amid political turmoil, wildfires and the coronavirus pandemic.

In response, though, the Army said that Guard or Reserve soldiers mobilized on federal orders after December 15 – when the Army has to be fully vaccinated – must be immunized when they leave their home station.

The move could delay movement of any personnel who has not yet started their vaccine regiment. 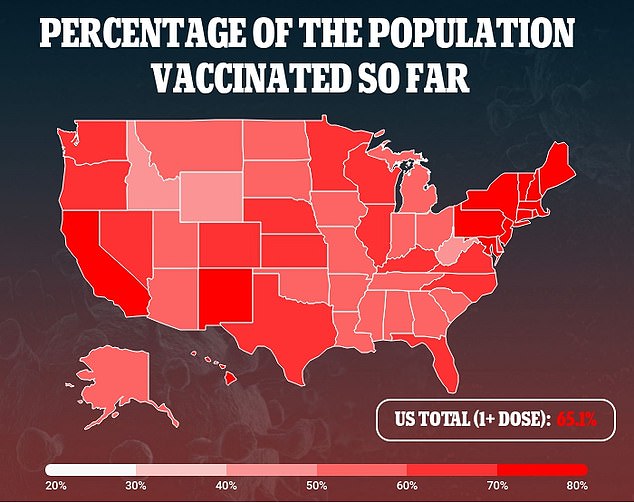 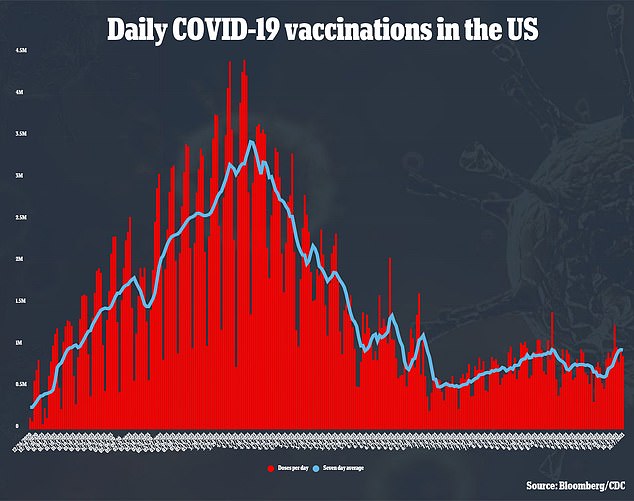 The military has previously faced blowback for its vaccine mandates, with about 16 percent of pilots and crew members in the Air Force reserve units either seeking a transfer to another unit to delay anthrax vaccine regiments in the 1990s, switched to an inactive status or left the service all together.

Now, the Post reports, Defense officials are reluctant to predict how many soldiers would defy the mandate, although Representative Dan Crenshaw, of Texas, tweeted last month that he expects it to be a lot.

‘Question for the SECDEF: Are you really filling to allow a huge exodus of experienced service members just because they won’t take the vaccine,’ he wrote.

‘Honestly, Americans deserve to know how you plan on dealing with this blow to force readiness – it’s already causing serious problems.’

Some Air Force officers have already joined other government workers in lawsuits to halt the requirements, the Post reports.

Meanwhile, 65.3 percent of all Americans have received at least one dose of the COVID vaccine, according to CDC data, and 56.4 percent are fully vaccinated.