Hundreds of villages lose their GP surgeries, leaving elderly and vulnerable patients having to travel further for appointments

By Amelia Clarke For The Daily Mail

Hundreds of villages have lost their GP surgeries, according to a national survey.

Coastal and rural areas are suffering the most with elderly and vulnerable patients being forced to travel further for appointments.

The research showed 1,946 villages are now at least three miles from their closest GP practice – 162 more than two years ago.

Some patients were required to travel up to 14 miles in rural areas.

GPs say they are stretched too thinly because of a shortage of 5,000 doctors. They also said that younger medics were less likely to want to work in rural areas.

‘Rural, coastal and deprived areas always struggle the most to attract GPs, but with a national shortage, they are being hardest hit,’ said Helen Stokes-Lampard, who is chairman of the Royal College of GPs. ‘They are the canary in the mine for a problem across the country.’

The NHS is owed nearly £600million in unpaid rent from GPs, clinics and hospitals, a major report has revealed.

NHS Property Services, which owns health centres and GP surgeries across the country, has been criticised for collecting only 58p for every £1 it was owed last year. It has written off £110million in debt and is currently owed a further £574million – enough money to train 8,228 nurses or 1,202 GPs.

However, doctors have accused the body of increasing fees without agreements and failing to explain bills.

Despite its performance, the chief executive, Elaine Hewitt, was awarded a bonus of up to £80,000 last year, on top of her salary of between £220,000 and £225,000. Yesterday’s report by the National Audit Office said many NHS organisations and GPs regard paying for their premises as optional.

It added that NHS Property Services has no effective way of making organisations sign leases as the service was set up in a way that prevents it from taking legal action or evicting NHS bodies.

Labour MP Meg Hillier, chairman of the Commons public accounts committee, said the report made for ‘uncomfortable reading’ and said the health department must take urgent action to fix this broken charging framework for NHS property.’

‘For many people the idea of retiring to a coastal village or a rural area seems idyllic but it doesn’t always work out that way for those working there,’ she added.

Among the districts hit worst are South Gloucestershire, South Northamptonshire and Cornwall. In the past six years almost two million patients have been affected by 585 surgery closures, according to data analysed by Pulse magazine.

Additional figures from the Department of Transport show there has been a 40 per cent spike in two years in those having to travel for more than an hour by public transport to reach a doctor.

Rachel Power, who is chief executive of the Patients Association, said the closures meant patients wait longer to see a doctor and ultimately end up relying on accident and emergency when they become too ill.

She said: ‘Escalating rates of closures among rural GP practices risk serious consequences for many patients: increased difficulty in securing an appointment, longer waits for people when they have concerns about their health, and greater risks to patient safety.’ 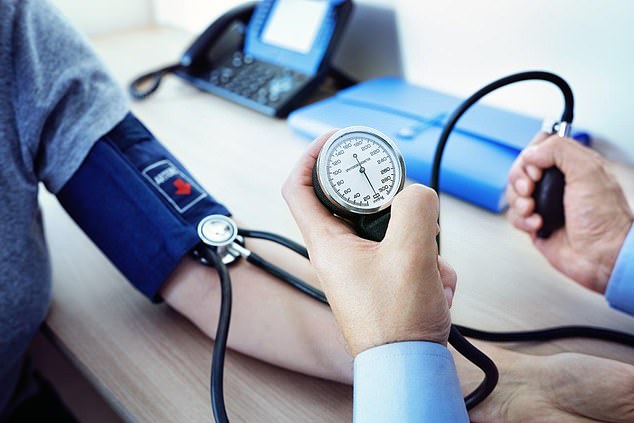 Caroline Abrahams, charity director for Age UK, said: ‘These figures are a wake-up call for the NHS – and for everyone who cares about the ability of older people to live independently for as long as possible if they live in a rural or coastal area.’

Efforts are being made to recruit doctors from abroad. Mevagissey, a fishing village in Cornwall, launched a campaign – dubbed ‘Will You Be My GP?’ – to find one to save its surgery.