Hungarian puli dresses up as a mop for dog parade

A dog owner in Covington, Kentucky, has shot to online fame, along with her adorable pooch, thanks to an incredibly creative Halloween costume.

Keki, a Hungarian puli, a breed that is known for its long, corded fur, which closely resembles dreadlocks, stole the show at the town’s annual MainStrasse Paw-Rade after her owner used the pup’s unique fur to turn her into a mop, hilariously wheeling the delighted dog through the streets in a bucket.

And not only did Keki earn the top prize at the event – which sees a host of canines showing off their Halloween costumes – she has also been crowned online as the ‘winner’ of the spooky holiday for 2017.

Mop dog: Keki, an adorable Hungarian puli, was dressed up as a mop by her owner, who showed off her amazing costume at Covington, Kentucky’s annual MainStrasse Paw-Rade 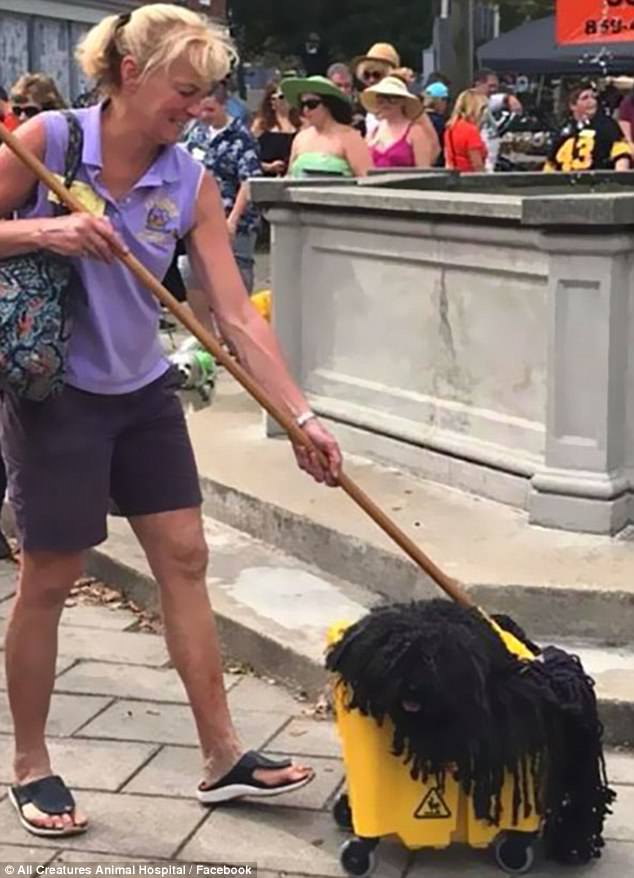 Star of the show: The ‘Paw-Rade’ is a street event that allows dogs to strut their best costume, and Keki and her unnamed owner claimed top prize in the competition

Everyone at the parade loved the idea, including Keki who can be seen eagerly mopping up all the attention in video clip from the event.

One Twitter user took to the platform to share her happiness at seeing so many cute and cuddly canines in their Halloween get-ups with a tweet that said: ‘Halloween dogspotting is giving me life in these dark times.’

It seemed to give other dog-lovers ‘life’ as well as other fans who witnessed the glory of the tiny Hungarian puli took to social media to share their joy at seeing Keki work her costume. 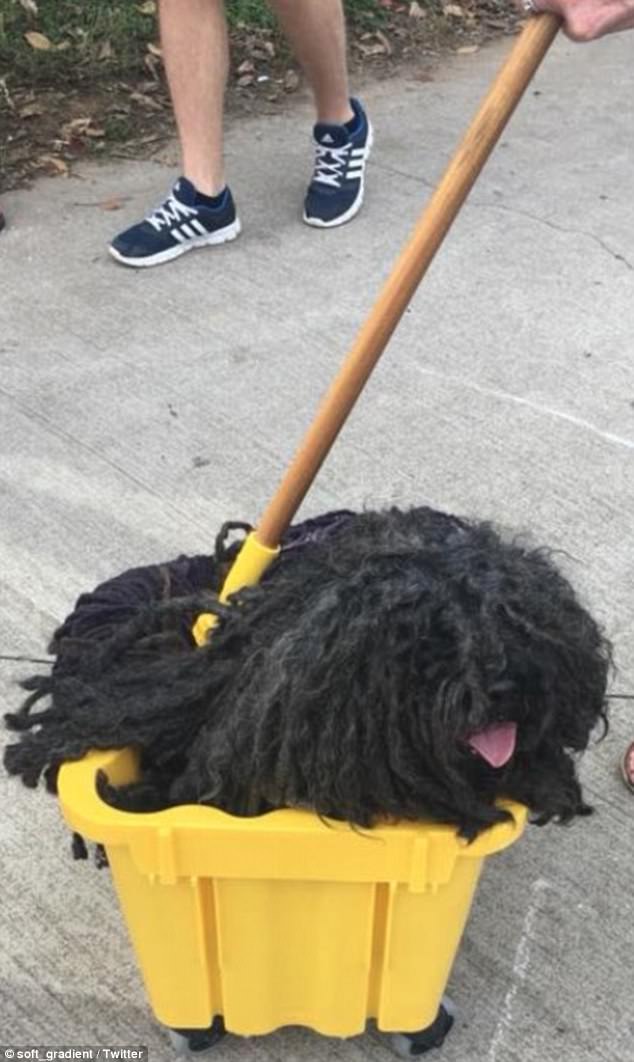 Mopping up the attention: Keki didn’t seem to mind the fact that all eyes were on her at the event

After Leah Goldstein posted news of the canine on her Twitter page she wrote in a caption: ‘This is the best thing ever. You are welcome.’

But in reality, Keki should be the one being thanked for being so cute and bringing a smile those who had the privilege to see her.

And one Twitter user did just that with a tweet that expressed how he felt after he saw the Hungarian puli. He said: ‘This actually made me smile and it has been a rough day.’

But a smile isn’t all that Keki got from her time in the spotlight. The dog also inspired a Twitter user to write her a poem that may be no William Shakespeare quality but still struck a nerve in the hearts of dog-lovers everywhere.

Winning Halloween: Another tweet said that Keki’s costume was the ‘best thing ever’

Made someone’s day: After seeing the pooch, Keki brought a smile to someone’s face Poem for a pup: One Twitter user was so inspired by the dog that she wrote her a poem

This isn’t the first time a dog owner has got inventive with their pooches costume. Afterall, if there are no Halloween parties to go to or children in the family, at least there’s still an opportunity for dressing up if you have a furry friend in your life.

Dogs have done it all from dressing up as a ghoulish Dachshund and a Yoda dog to a triceratops Boxer, and with the canines being so cute, they always put their humans’ Halloween costumes to shame.

And it seems that fans of Keki will just have to wait until next year’s Paw-Rade to see what the pooch has in store but when she debuts her costume, one thing’s for sure, folks won’t be able to keep their eyes off the Hungarian puli.