‘Whopper rip-off’: Hungry Jack’s is accused of replacing its casual workers over Christmas with interns who are paid just $6 an hour in a ‘rotten program’ funded by taxpayers

By Bryant Hevesi and Aidan Wondracz For Daily Mail Australia

Fast food giant Hungry Jack’s has been accused of replacing its casual workers over Christmas with interns.

The Retail and Fast Food Workers Union shared an advertisement on its Facebook page from employment services Max Solutions, which contained a call out for Hungry Jack’s interns in Sydney.

The union slammed the initiative which they claim is part of the federal government’s ‘$4 per hour ‘internships’.’

‘Hungry Jack’s Stores are ramping up recruitment for Christmas – and are looking to help out young people with their first job,’ the advertisement said.

The federal government has introduced Youth Jobs PaTH, which stands for Prepare, Trial, Hire, to place young jobseekers into internships for up to 25 hours a week.

‘Employers can trial a young person in an internship for between four and 12 weeks to see how they fit into the team and if they are suitable for ongoing employment,’ the Youth Jobs PaTH website says.

‘Interns are unpaid by the business and receive a fortnightly incentive paid by the government.’

Unions say the $200 per fortnight incentive amounts to just $4 per hour. Businesses collect an upfront payment of $1,000.

But the Hungry Jack’s placement requires the successful interns to work 15 hours a week, which works out to about $6.60 per hour.

The Retail and Fast Food Workers Union posted on Facebook: ‘The Federal Government’s $4 per hour ‘internships’ were not supposed to swallow up jobs’.

‘This year Hungry Jack’s literally replaced its Christmas casual hires with the taxpayer funded internships. These were real jobs paid by Hungry Jack’s but are now paid by the Government and guaranteed to be no more than three months,’ the post claimed.

‘An entire seasonal workforce replaced with this rotten program.’

‘These Christmas jobs (or extra hours for current Hungry Jack’s employees) are replaced with $4/hour internships. And who pays? We do!’ she wrote on Twitter.

Social media users shared their thoughts on the internships, with one saying ‘As if junior rates weren’t bad enough’ 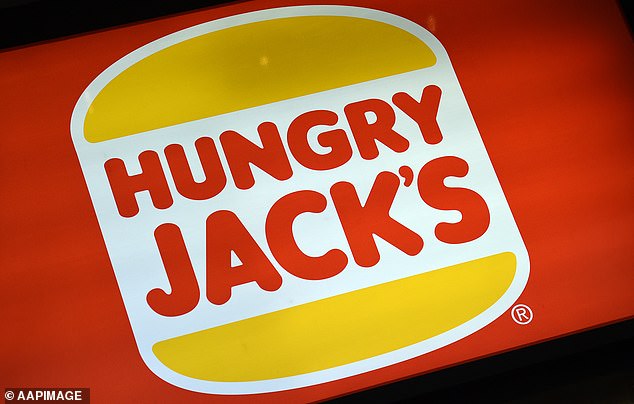 The advertisement for the internships has also been slammed on social media.

‘Times are dire and corporate job agencies are to blame,’ one user tweeted.

‘Love to get compensated for my labour with slaw,’ another said.

One Facebook user posted: ‘I’ve never worked for [Hungry Jack’s] but over the years I’ve done my share of fast food work. It’s no job for softies. It’s damned hard work and should be paid fairly’.