Hungry police officers work up an appetite while patrolling the Thames

By Inderdeep Bains for the Daily Mail

Boat race spectators could be forgiven for feeling alarmed when police patrolling the Thames suddenly veered in to land on the river bank.

But what had caught their eye – or perhaps their scent – was not a safety threat but a hot dog stand and they wasted no time in swooping for a snack.

The three Met officers had clearly worked up an appetite by the time they steered their powerful rigid-inflatable boat by Chiswick Bridge at 3.45pm 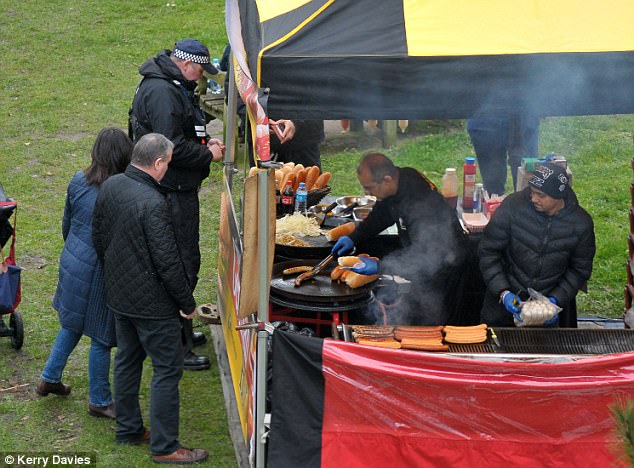 One spectator said: ‘I thought maybe something had happened, but then two of them jumped out and just wandered over to the hot dog stand.

‘It was quite funny because they then struggled to get back onto this massive boat as their hands were full.’

The officers were back in position in time for the racing. Cambridge triumphed over Oxford in both the men’s and women’s race. 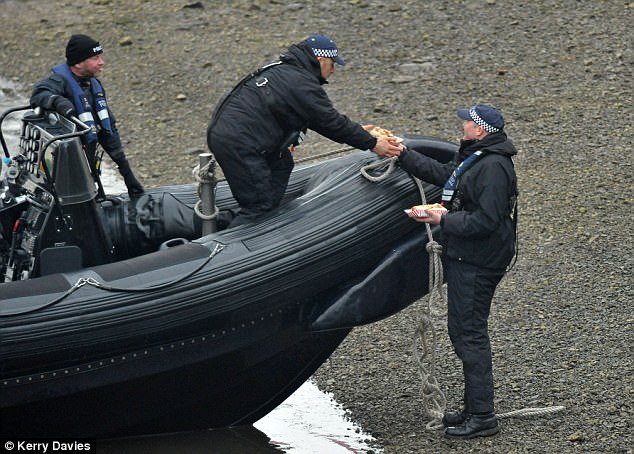 The officers made the pick up with plenty of time, returning to their post before the race began 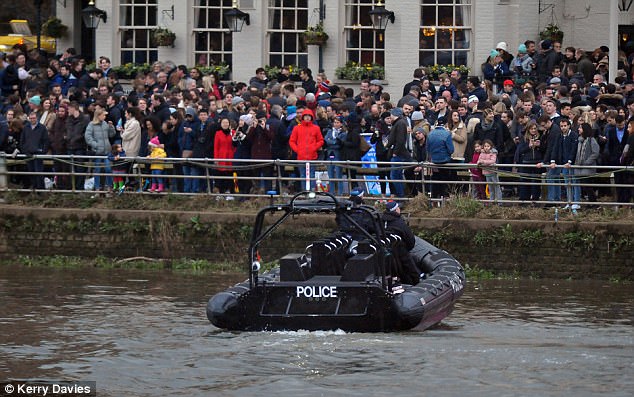 The RIB, which can carry 12 people and reach speeds of 57mph, is made by Delta – a firm that specialises in police patrol and counter-terrorism vessels.

The Met Police said officers were not able to take breaks on such occasions and were not supplied with food, so were ‘required to use their judgment to identify a suitable time and location to purchase food and drink’.