Hunt for girl, three, who was brought to UK by her British mother

A High Court judge has issued an urgent appeal for help finding a three-year-old girl and her British yoga teacher mother who defied an Australian court and moved her to the UK where they are living in a camper van.

Mr Justice Keehan said he is ‘very concerned’ about Ruby McKay-Uhd, who was at the centre of a family court battle in Melbourne, between her mother, Victoria McKay, 43, and father, 57-year-old Peter Uhd.

The judge made an appeal for help at a hearing in the Family Division of the High Court in London today. 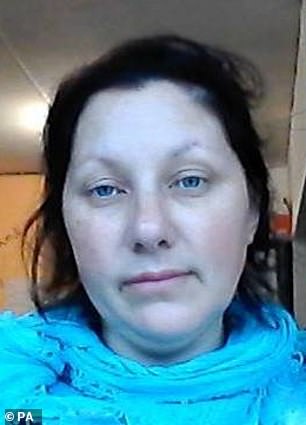 Mr Justice Keehan said Ruby McKay-Uhd (left) and her mother, Victoria McKay, 43, (right) are believed to be living in a camper van, and he is ‘extremely concerned’ about the girl

Rugby was wrongfully brought to the UK by her mother in September and a family court judge in Melbourne ordered her return to Australia.

The case has been analysed at private High Court hearings in London.

Mr Justice Keehan lifted an identity bar in the hope that publicity would help find the youngster and her mother.

He also authorised the publication of photographs.

Lawyers representing Ruby’s father had asked to judge to allow Ruby’s disappearance to be revealed.

They said all other efforts to trace her and Ms McKay had failed.

‘I am extremely concerned about this young child, who has been abducted from Australia wrongfully by her mother,’ said Mr Justice Keehan. 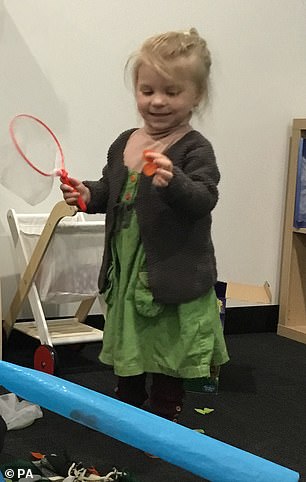 An undated handout photo of the missing three-year-old girl

‘It is believed she is living an itinerant lifestyle with her mother in a camper van.’

He said he was concerned for the girl’s health and that no-one knew anything about the circumstances in which she was living.

The judge added: ‘It is extremely important, and necessary for the welfare of this young child, that all possible steps are taken to locate her as soon as possible.’

He said Mr Uhd and Ms McKay separated some time ago, but Mr Uhd had been spending time with Ruby in Australia until she vanished in September.

‘Mr Uhd continues to have very real concerns as to Ruby’s welfare and about the transient nature of her current life.’

Lawyer James Netto, who is also representing Mr Uhd and is based at law firm Dawson Cornwell, said Ms McKay and Ruby were thought to be living in a blue Renault Trafic camper van, registration E527 HPC.

He said Ms McKay had one relative in Birmingham and others in the Littlehampton area of West Sussex.

Mr Netto said she had also spoken of possibly travelling to Scotland.

He said Ms McKay, who also uses the surnames Booty and Garrick, was a qualified yoga teacher and veterinary nurse.

Mr Netto said Ms McKay and Ruby might be living on campsites, caravan parks or farms. 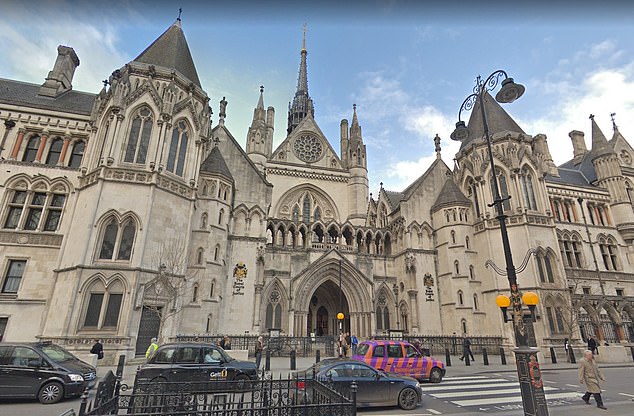 Mr Justice Keehan, sitting in the High Court, (pictured) said: ‘It is extremely important, and necessary for the welfare of this young child, that all possible steps are taken to locate her as soon as possible’

He said Ms McKay was a ‘country person’ who liked organic food and might have visited farmers markets. It was also thought she might be visiting libraries.

‘He wishes to make it clear that Ms McKay is not in any sort of trouble.

‘He is simply seeking for Ruby to be found safely, and for her to return to her home in Melbourne. He asks that anyone who sees her or Ruby to get in touch with us as soon as possible.’