Hunt for gunman after teenage boy, 16, fights for life after being shot at a home in south-London

This is the shocking moment a 16-year-old boy was gunned down outside a chicken shop by a motorbike driver in south London last night.

The teenager is fighting for his life in hospital following the drive-by shooting in front of the Tasty Chicken restaurant in Tooting at 9.45pm.

CCTV footage shows the victim standing outside the shop the with a group of friends waiting for their food, before a bike pulls up and shots are fired into the crowd.

A group of three boys stand outside the Tasty Chicken restaurant in Tooting before a bike pulls up at around 9.45pm 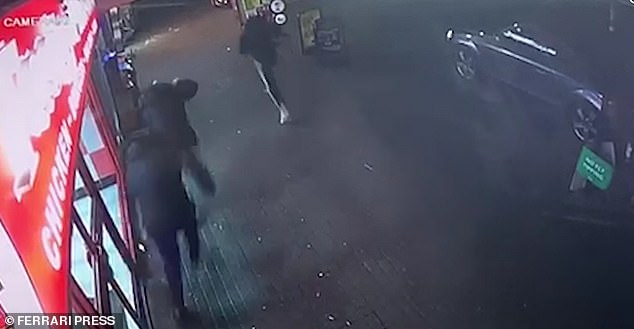 The boys scattered and attempted to flee but the victim was hit with a bullet, causing him to collapse to the ground and writhe in pain.

But the teenager mustered up the strength to get to his feet and stagger off for help.

With blood pouring from his wounds, he was taken inside an apartment on a nearby street to wait for police and an ambulance to arrive.

He was found with serious injuries in the home fifteen minutes after the attack.

A resident speaking outside the apartment block said there were blood splatters in one of the elevator shafts this morning.

Detectives are hunting the gunman and nobody has been arrested. 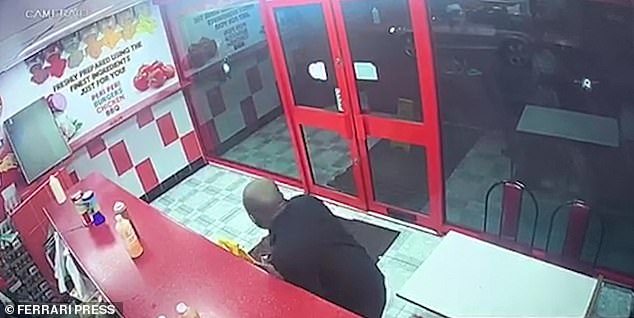 Dramatic footage also shows bullets penetrating the shop window and whizzing by worker Jerone Valantine, 38, and a customer, who duck down in terror.

Speaking from behind his counter on Friday, Mr Valantine said: ‘The shooter pulled up on a motorbike and shot the boy outside.

‘The bullets came through the shop window. I heard the glass break.’

Mr Valantine came to the UK from Sri Lanka in 2011 and said he was distraught by the shooting. 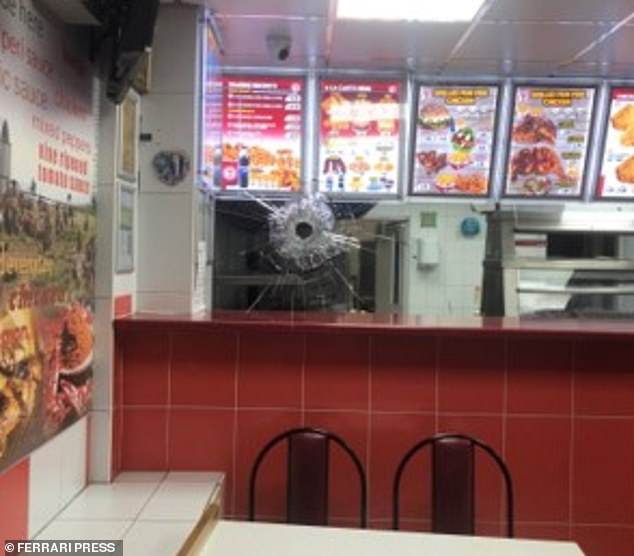 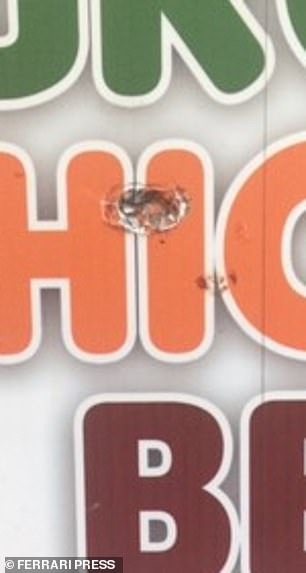 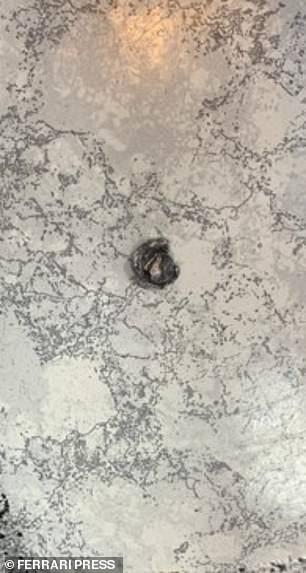 Several bullets struck the shop, piercing a menu board (left) and the shop counter (right)

He said he came to London to escape the bloodshed and misery of his homeland and explained he did not think he would have to witness violence on his doorstep again.

His shop now bears the scars of London’s raging gun and knife epidemic.

A neighbour, who wished to remain anonymous, said: ‘I heard there was about five shots. Then as I looked out it looked like there were two kids on bikes. They were fleeing.’

Another neighbour added: ‘It was about 9pm and I was just sitting down. 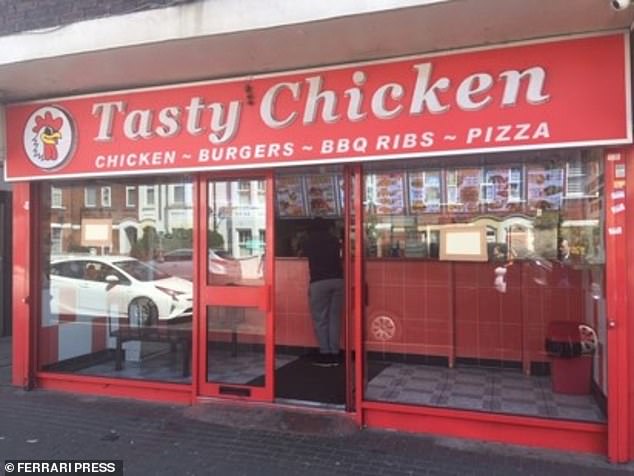 Speaking from behind the counter of the chicken shop on Friday, shop worker Jerone Valantine, 38, said he saw the biker pull up and let off five shots

‘I was eating then I heard two or three shots go off. The next thing was the police arrived.’

A spokesman for The Met said: ‘The injured male was taken by London Ambulance Service to a west London hospital where he remains in a serious condition.

‘His family has been notified. We await further updates.

‘At this early stage there have been no arrests. Enquiries continue.’ 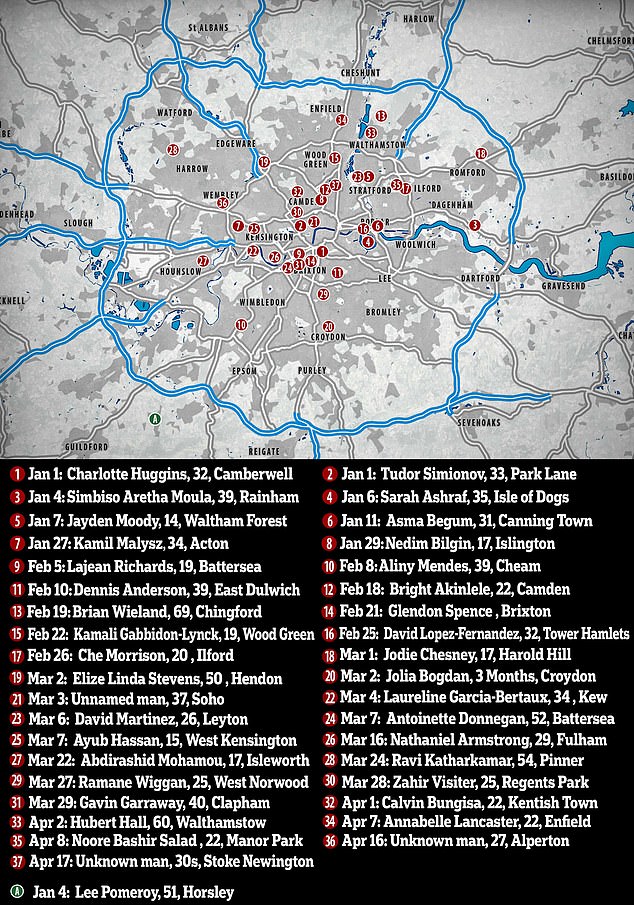