Hunt for man accused of hitting politician’s daughter, 25, in the head with a spray can

Hunt for hooligan accused of hitting politician’s daughter, 25, in the head with a spray can in alleged attack her MP dad claimed was linked to his support for Dan Andrews’ pandemic laws

Police are on the hunt for a hooded man accused of attacking the daughter of politician Andy Meddick – who is a vocal supporter of Dan Andrews’ pandemic laws.

Kielan Meddick, 25, needed stitches after a spray can was thrown at the back of her head on Smith Street in Fitzroy on November 18.

Investigators released CCTV images of a man they believe can assist with their inquiries.

Kielan Meddick – the daughter of MP Andy Meddick – required stitches after a spray can was thrown at the back of her head on Smith Street in Fitzroy, on the outskirts of Melbourne’s CBD, on November 18 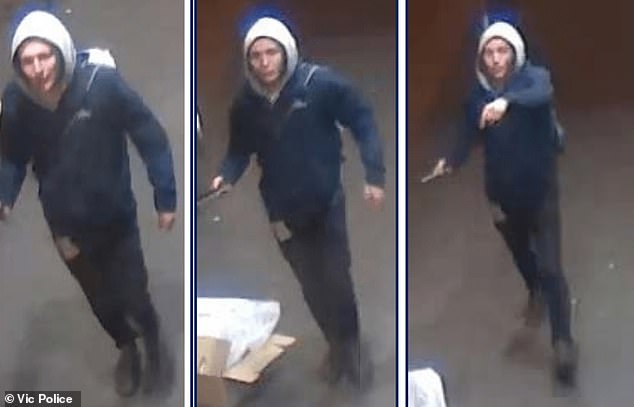 He is Caucasian and was wearing a dark blue jacket with a light-coloured hood and dark pants and shoes at the time of the alleged attack.

Ms Meddick claimed the attack was ‘politically motivated’ but police were yet to confirm the motive.

The attack was soon after Ms Meddick’s father went public on his support for the pandemic management bill proposed by Victorian Premier Daniel Andrews.

Police allege Ms Meddick also threw a spray can at the time of the attack.

‘Investigators have been told a 25-year-old woman was approached by an unknown man about 11pm (on November 18),’ Victoria Police said.

‘They had a verbal altercation before the woman threw the spray can towards the man as she attempted to flee.

‘The man can be seen to chase the woman and throw the spray can which struck her in the back of the head.

‘The man left the scene as staff from a nearby venue rendered assistance to the woman before she attended hospital for treatment to minor injuries.’

Mr Meddick is hopeful police can track down and apprehend the man who allegedly injured his daughter. 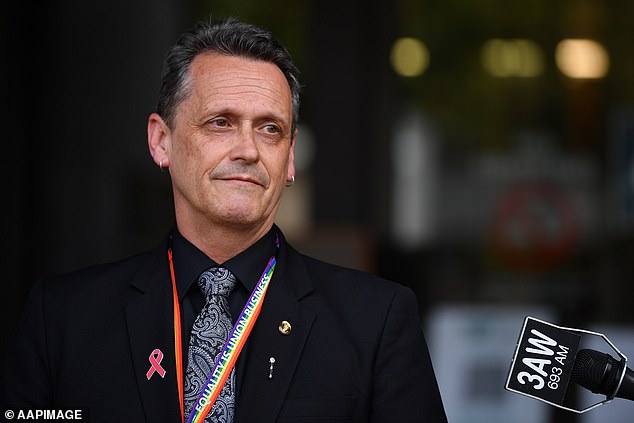 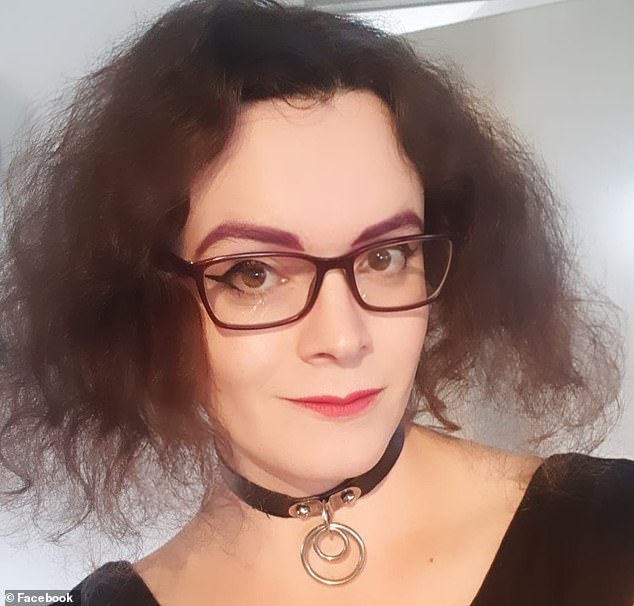 ‘Regardless of whether she was recognised, or if it was pure coincidence, it is clear this heated and toxic political climate has played a part in the attack,’ Mr Meddick said.

‘Many of us warned it would escalate to this.’

The incident came just days after a group of protesters turned up at Mr Meddick’s family home, while vile letters – including one which contained a used condom – were sent to his electorate office.

Ms Meddick closed down her social media when she received death threats soon after Victoria Police released a statement about the attack.

The pandemic bill, which gives the Victorian premier and health minister the power to declare a pandemic and enforce restrictions, would replace the state of emergency that expires on December 15.

Mr Andrews’ bill is controversial because of the sweeping powers it gives him to bring in restrictions, and corresponding massive fines, at will.

The proposed legislation, which is likely to pass this month after Mr Andrews secured key votes with a few concessions, has provoked disturbing protests.

What are the fines in Daniel Andrews’ new pandemic laws?

$21,909: This fine is for breaching a pandemic order such as not wearing a mask, breaking a movement limit, attending an illegal protest or a gathering, refusing to get tested or failing to show ID

$90,870: This fine is for an aggravated offence for breaches that ’cause a serious risk to the health of another individual’ such as going to work when infectious

$109,044: This fine is for businesses breaking rules which may include failing to make sure customers check-in or show proof of vaccine status

$454,350: This fine is for an ‘aggravated’ offence by a business such as encouraging customers to flout lockdown rules