Two protesters accused of throwing pot plants at mounted cops during Sydney’s anti-lockdown protest are being hunted by police.

Police horses and their riders were frequent targets as they tried to break up the chaotic rally in the Covid-hit city’s CBD on Saturday.

Tobruk, a police horse at his first riot, was punched in the head and other animals were pelted with pot plants and other projectiles.

Police chiefs vowed to track down anyone who assaulted officers or were otherwise violent at the protest, and as many participants as possible. 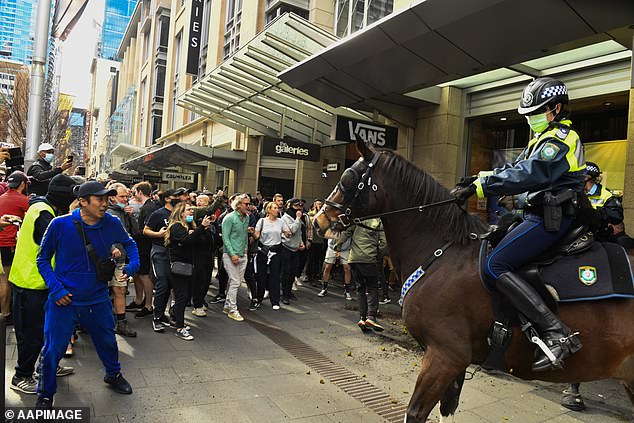 Strike Force Seasoned was established by the Central Metropolitan Region after the unauthorised protest place in Sydney’s CBD on Saturday July 24.

NSW Police released photos of two people wanted for questioning over the pot plant throwing and asked for help tracking them down.

The first man was wearing hat, sunglasses, and what appears to be a purple scarf, with a grey and green coloured jacket, dark jeans, and grey shoes.

The second man shown was wearing a blue tracksuit and dark-coloured cap and shoes. 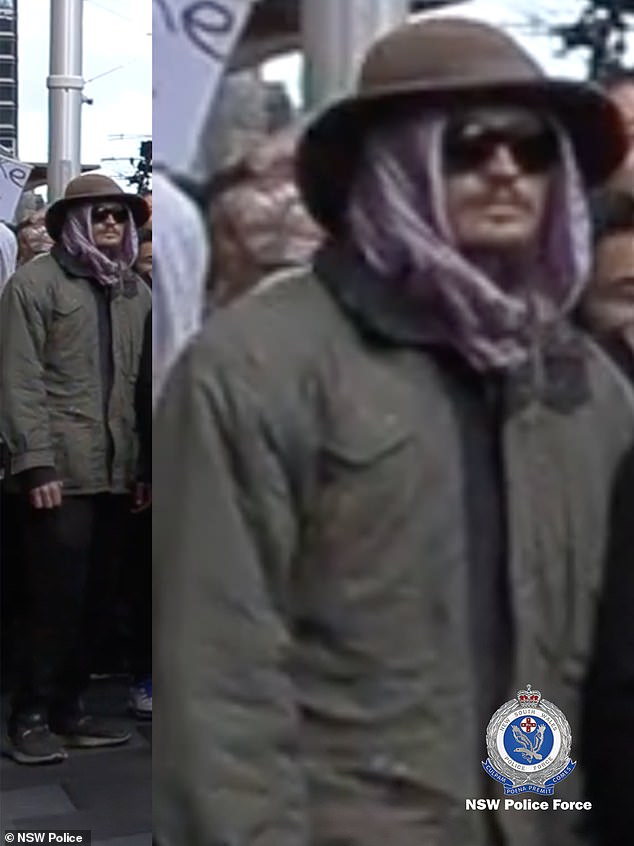 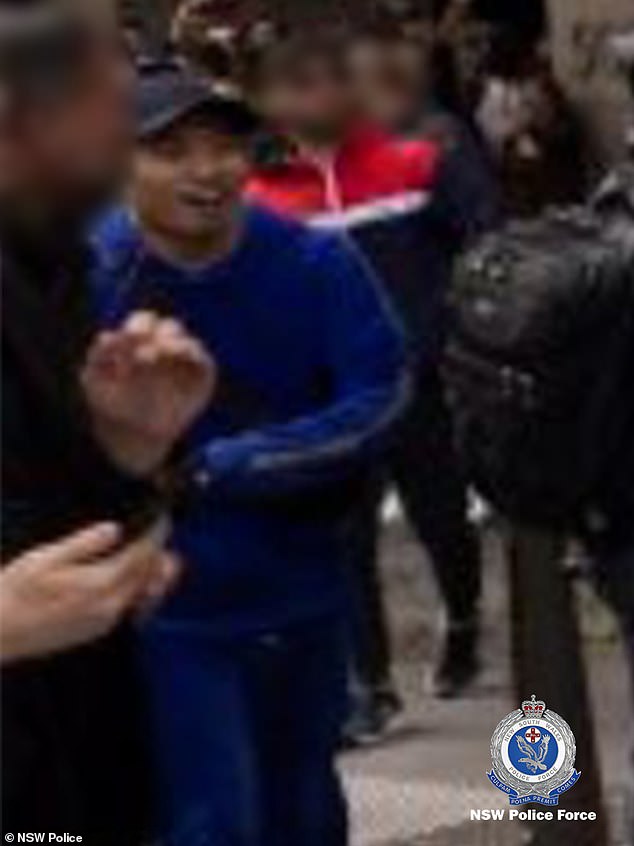 Police urged anyone with information about the identity of the two men or those who have footage of the protest activity to contact them.

Investigators are following up every report, with 59 people charged and 151 fines issued so far.

Police called for Sydneysiders to dob in anyone who was at the protest, but not report any crimes via the NSW Police social media pages.

It didn’t take long for the NSW Police Media social media post to attract a number of comments, particularly of the man officers wish to speak to who was donning a scarf.

‘I saw the first one in sunglasses star in Pirates of the Caribbean. Pretty certain his name is Jack Sparrow,’ one commented.

Another he was ‘pretty sure of the men was wanted for piracy.’

A third stated the man with the scarf looked similar to actor Orlando Bloom.