Police are hunting for a porch pirate who was caught on CCTV stealing packages from a home while wearing just a bra.

The El Dorado County Sheriff’s Office in California released footage on Thursday of a woman stealing multiple packages from a porch.

Two videos were posted on the office’s official Facebook page in a bid to identify the woman.

In the video, the woman makes two separate trips to the home’s porch to grab all of the packages before driving off in a red vehicle. 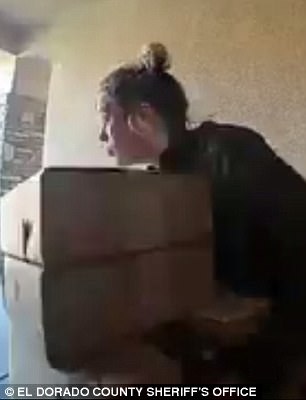 First trip: The woman appears on camera during her first porch plunder in dark pants and a jacket. She grabs multiple packages before leaving

The unidentified woman first arrives on the porch wearing dark-colored pants, a jacket and a bra.

She grabs the packages close to the surveillance camera before leaving the porch to deposit them in her two-door car.

The woman later returns sporting only a bra and pants and grabs the rest of the packages on the porch. 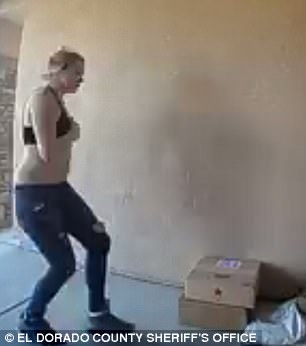 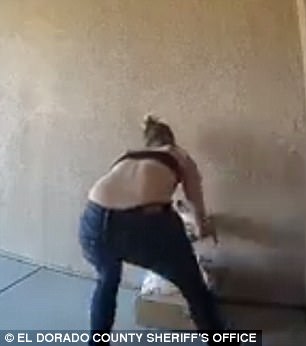 Second trip: the unidentified woman came back for a second grab wearing only a bra and pants. She left the scene in a two-door vehicle

Her lack of jacket revealed what is believed to be a belly button piercing and a tattoo on the back of the woman’s left shoulder.

The sheriff’s office in El Dorado, California, released the footage to help find the porch thief.

The incident occurred at 1pm on Thursday, and authorities hope the surveillance footage will help residents recognize the suspect. 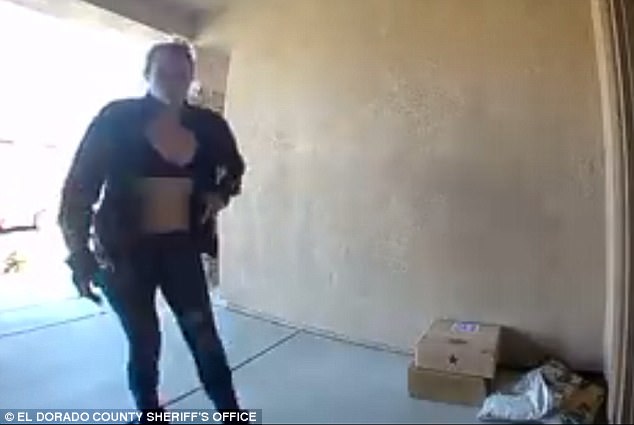