Police in Lacey, Washington are asking for the public’s help to find a man who was caught on camera throwing scalding hot coffee on a McDonald’s manager.

According to police, a man entered the McDonald’s before 6 am on Friday, and ordered a cup of coffee.  But he was upset about the price,  97 cents.

The manager told police that after he got his coffee, he poured it into a Thermos and demanded a refill. 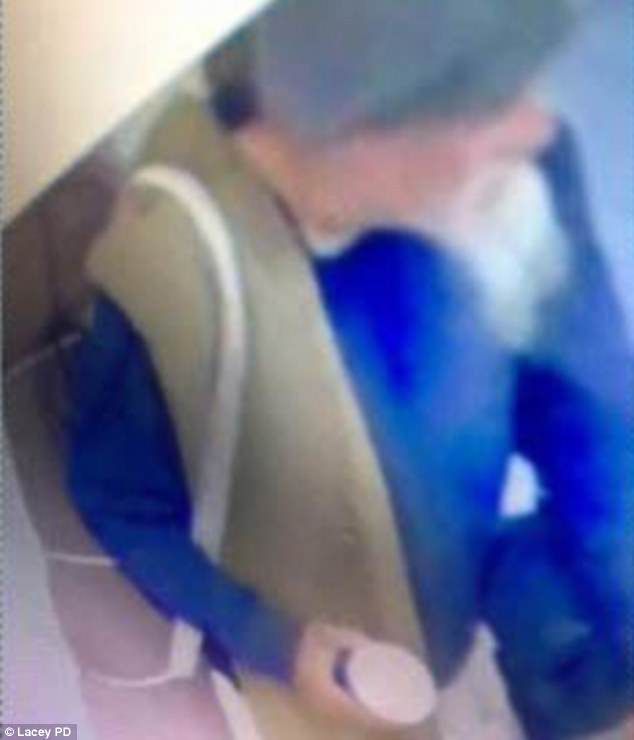 The man seen leaving the McDonald’s was carrying a bedroll and may be a transient, according to police

He was complaining that he hadn’t gotten a senior discount on the 97 cent beverage and got verbally abusive.

The manager gave him the requested refill and asked him to leave.

You can see on the video that he then threw the cup of coffee in the managers face before running out of the restaurant. 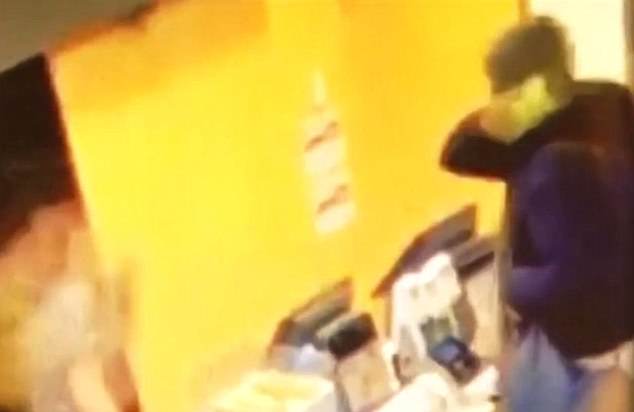 After being asked to leave with his fresh cup of coffee the man winds up to throw it at the manager. 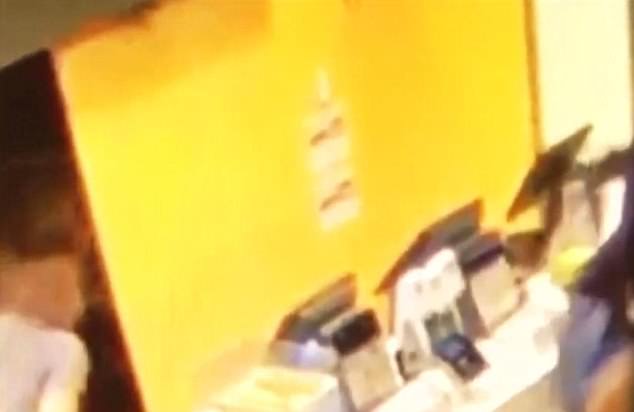 The moment the scalding hot coffee hits the manager in the face and neck.  She tries to move, but it hits her.

The manager is being treated for second and third degree burns to her face and neck, and the manhunt is on for the man who threw the coffee.

Lacey police sergeant Dave Campbell told KIRO-TV that he will be found, and brought to justice, ‘Right now we’re looking at assault charges depending on the seriousness of the burns.’ 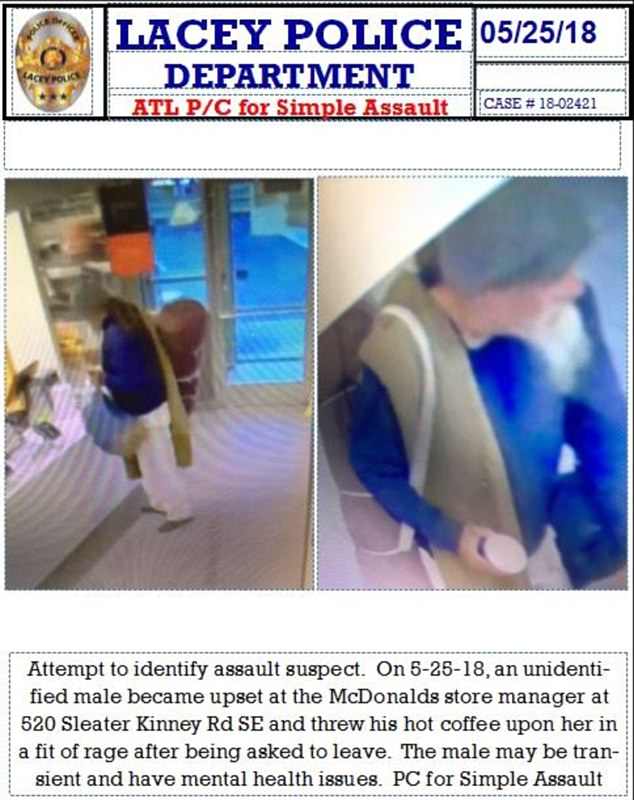 The wanted poster from the Lacey Police Department shows two views of the man who has a distinctive white beard.