This is the horrifying moment a hunter chased and attacked a badly injured fox, hurling it through the air and stamping on its head and neck repeatedly.

The shocking footage was recorded in Spain and also shows the hunter posing next to the brutally beaten animal.

It has caused outrage among animal rights activists in the country and has been reported to the Nature Protection Service department of the Spanish Civil Guard.

In the video, which has been shared on social media, a man in a high-visibility jacket laughs as he chases after the badly injured fox.

The burly hunter catches up with the animal and picks it by up its tail before hurling it into the air.

The fox crashes to the ground and tries to crawl away but is stopped by the hunter who throws again by its tail. 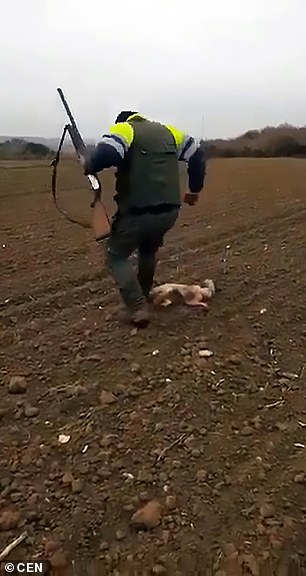 In the footage, filmed in Spain, the man poses next to the fox (left) and stamps on the animal’s head and neck repeatedly (right)

As the defenceless animal writhes on the ground, the hunter smashes it in the head with the butt of his rifle.

He then stamps on the fox’s head and neck repeatedly, laughing as he does so.

Local media report that the fox had two of its legs partially amputated after getting caught in a trap.

Animal rights organisation Anadel has asked for help to identify the hunter but he has not yet been named. 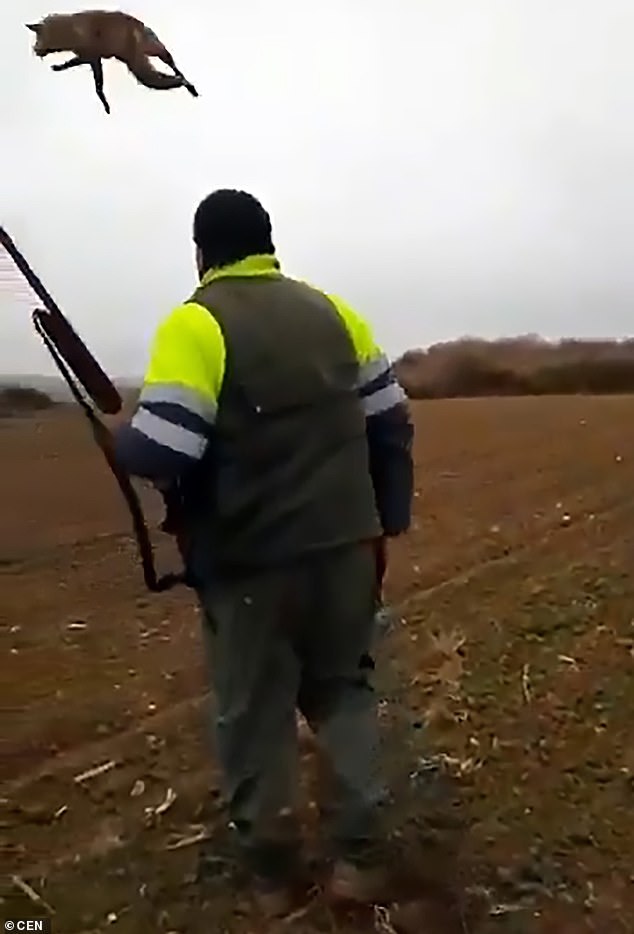 It is unclear where and when the video was filmed, or whether the fox survived the brutal attack.

Hunting associations have also criticised the footage, saying that it has nothing to do with hunting and that hunters would be the first ones to report the man in the video.

Elena Lopez, a member of Anadel, said she was shocked by the video, telling local media: ‘What kind of psychological attitudes do people with weapons licences have in this country?’