Half of the bodies that floated out of their graves during last year’s Hurricane Matthew have not been identified.

The bodies were buried at Elmwood Cemetery in Goldsboro, North Carolina, but 18 of the 36 have not been returned to their graves since the flooding caused by the hurricane.

However, Goldsboro Public Works Director Rick Fletcher hopes to change that this month.

A roadway is flooded by remnants of Hurricane Matthew on October 11, 2016 in North Carolina

Medical personnel is preparing to take DNA samples from the deceased, according to The Goldsboro News-Argus.

Fletcher said the task of identifying the bodies was a lot harder than expected and required the use of several different agencies.

‘I just don’t want people to think we haven’t been actively pursuing a resolution and getting them re-interred, because we have,’ Fletcher told The Goldsboro News-Argus.

The process requires removing the bodies from their original caskets onto a gurney so an employee from the North Carolina Chief Medical Examiner’s Office can take a DNA sample from the femur bone.

After that the body is returned to a new casket that is tagged and returned to their plot in the cemetery.

To make sure their are no errors a plaque will be placed in Elmwood with a list of the names of the people who came up from their graves during the flood.

Family members will then be able to see the name of their dead loved ones and provide a DNA sample for a cross-reference.

The next step for getting the process underway is assembling a Disaster Mortuary Operation Response Team, also known as a DMORT.

This team will be the one to help the staffer from the Chief Medical Examiner’s office draw DNA samples by actually moving the bodies from a casket, to gurney and back to the casket, according to The Goldsboro News-Argus.

Officials are also trying to get a court order authorizing the extraction of DNA from the bodies. 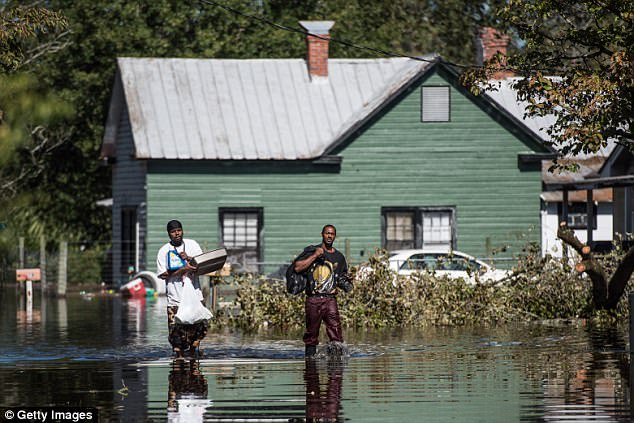 ‘Not that we have to have it, but we just want to make sure,’ Mel Powers, Wayne County Emergency Services Director, said.

‘It’s just a court order giving us permission to obtain it.’

Fletcher said some caskets only floated part of the way out of the graves, which made it easier to know where to re-bury them.

But others came all the way out of the ground and officials decided to hold off on putting them in a grave until they could be properly identified.

The bodies that were floated from their graves have been stored in a refrigerated unit at the city’s Public Works compound since they were displaced.

The Federal Emergency Management Agency is projected to cover the cost of the identification process, according to The Goldsboro News-Argus. 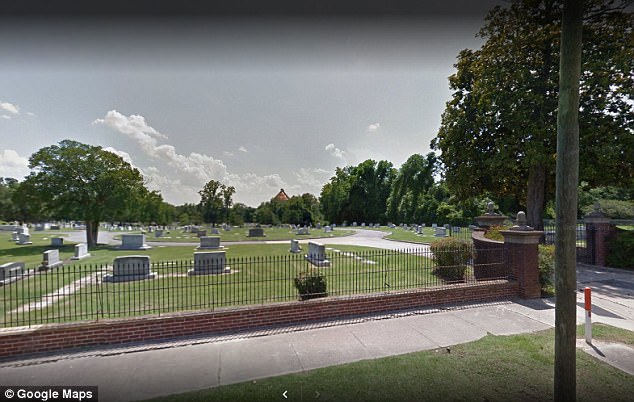