Andres Iniesta admitted he might have played his last Champions League match after Barcelona’s shock quarter-final exit to Roma.

Barca were 4-1 up from the first leg but goals from Edin Dzeko, Daniele de Rossi – with a penalty – and Kostas Manolas saw Roma stun the Spaniards with a 3-0 victory to edge through on away goals.

Barca skipper Iniesta is tipped to leave the Nou Camp this summer and he could not hide his disappointment at bowing out of Europe, maybe for the final time. 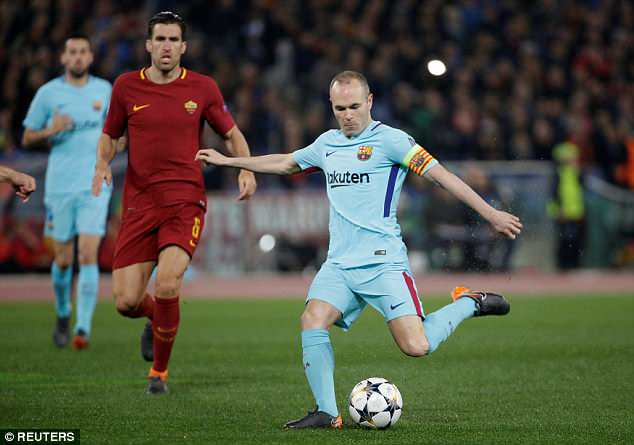 ‘That is a possibility and for that reason it hurts even more,’ the 33-year-old midfielder told Marca.

‘It’s a very hurtful elimination because nobody expected it due to the lead we had.

‘When you do things badly, make lots of mistakes and don’t adapt to the game, this is what happens.

‘It’s a big disappointment because of the season we were having.

‘It’s difficult to take this elimination because we had a lot of hope and it has escaped.’ 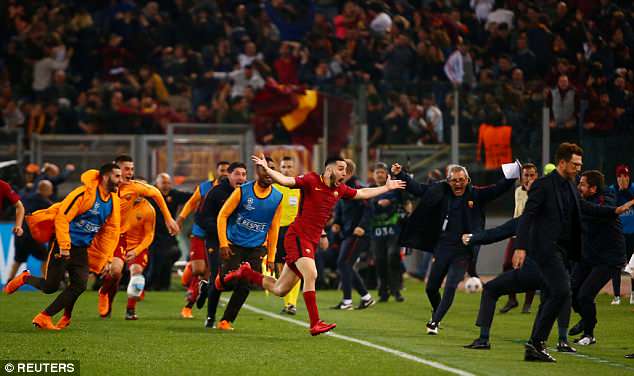 As the inquest began Barcelona president Josep Maria Bartomeu called for unity at the club who are still on the verge of clinching the La Liga title.

He wrote on Twitter: ‘Being knocked out of the Champions League is a very tough blow for all Barca fans. But it is now when the supporters, coaches and players have to be more united than ever.’

Nevertheless, coach Ernesto Valverde admitted it had been a bad night for the five-time European champions. 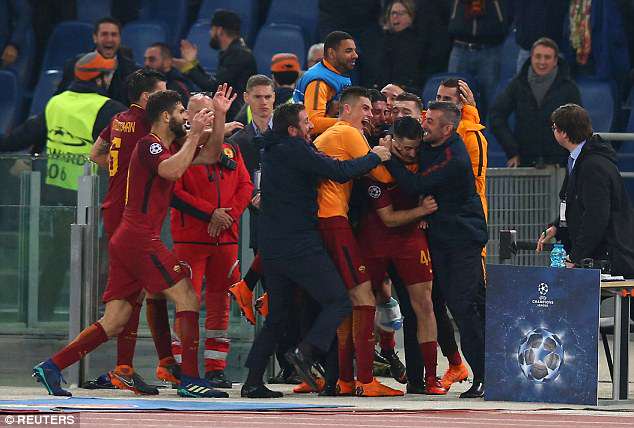 ‘We never felt comfortable in the game because Roma played very well and we couldn’t get our own game going,’ he said at his post-match press conference.

‘They took risks and we couldn’t cope with all that deep pressing. The first goal gave them strength and then they got a second and third in the second half.’

‘I feel sorry for the fans. It’s been a huge disappointment for them. But now we just have to focus on the competitions that we have left. We have to keep looking ahead.’