Husband is arrested for murder after his disability campaigner wife, 57, was found bludgeoned to death at the family home in Sussex

The husband of a well-known disabled rights campaigner is being quizzed over her murder after her body was found bludgeoned to death at their home.

Jackie Hoadley, 57, was discovered in their £150,000 semi-detached house in Eastbourne, Sussex, after police were called on Sunday afternoon.

Her husband Ray Hoadley, 62, was arrested 25 miles away at Challey near Lewes on suspicion of murder and was today still being held by detectives.

It came after families reported seeing a search helicopter overhead and armed police pulling over a car.

Neighbours said they had not seen either of them during lockdown, when their two children would have been part of the vulnerable shielding group.

Jackie, 57, and Ray Hoadley, 62, publicising the plight of their disabled children 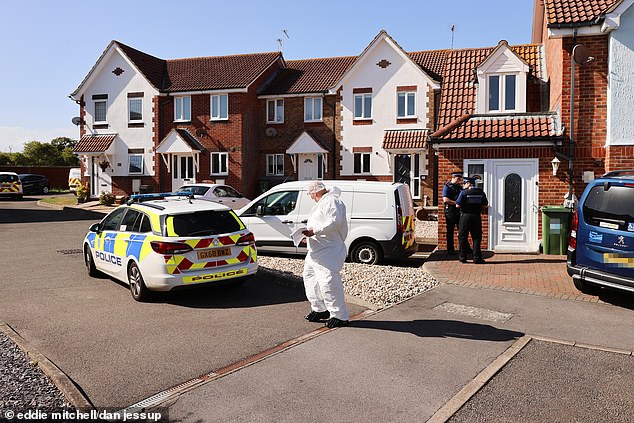 His wife was pronounced dead at the scene and their two severely disabled children – who were not injured – are understood to be in the care of social services.

Sussex Police rushed to the scene after a visitor to the house raised the alarm.

Last night a modified family car with disabled stickers was still parked in the driveway as police forensic teams combed the property for evidence.

Jackie had posted an inspirational quote on her public Facebook page just 11 days ago urging strength to get through tough times.

It said: ‘You are strong enough to handle whatever’s coming, even if it doesn’t feel like it right now.’

One of the Hoadleys neighbours Vicki Tester said she had seen police cars and ambulance at the house on Sunday afternoon. 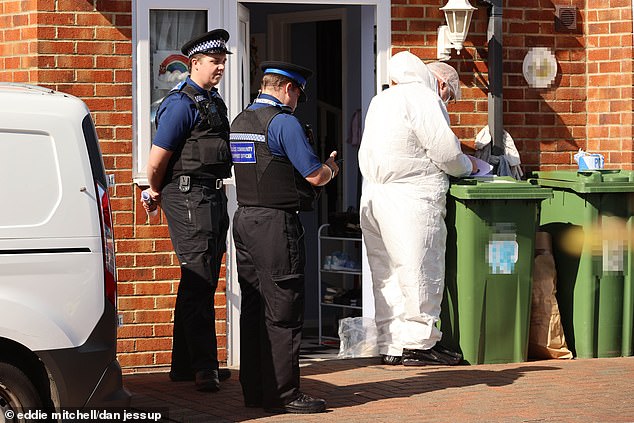 She said: ‘They are a lovely family, I don’t really know what’s gone on.

‘They both look after their disabled children and obviously it’s a full time job.

‘We haven’t seen much of them lately because of lockdown.

‘Everybody knows them and we all have barbecues in the summer and there’s never been any trouble.’

Matthew, 15, and Ellie, eight, both suffer from brain damage, epilepsy and double incontinence and require round the clock care. Ellie is also registered blind.

An online petition set up by Jackie calling for free incontinence pads for disabled children has so far been signed more than 88,500 times. 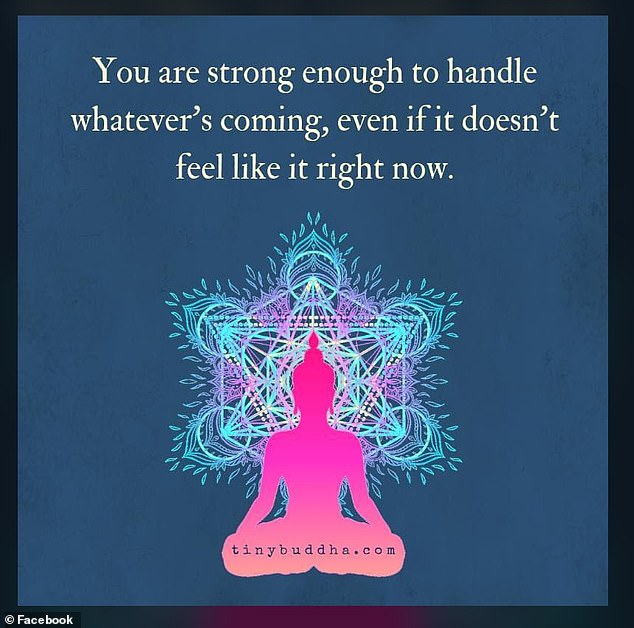 The family live in a house in the Stone Cross area of Eastbourne.

A spokesman for Sussex Police said: ‘A man has been arrested on suspicion of murder after a woman’s body was discovered inside a house in Eastbourne.

‘Police and ambulance paramedics were called to Broad Oak Close at 1.59pm on Sunday (July 5) after a visitor to the house raised the alarm.

‘The woman had suffered serious injuries and was sadly declared dead at the scene.

‘Around an hour later, a 62-year-old man from Eastbourne was detained by police officers at Chailey and arrested on suspicion of murder.

‘He remained in custody on Sunday evening.

‘It is understood that the woman was known to the man and police are not currently looking for anyone else in connection with her death.

‘Nobody else was injured.’