Husband attempts to make flambe dessert for his wife and fails

A California husband’s desperate attempt to seduce his wife on Valentine’s Day went up in flames – and her hilariously hysterical reaction has now been revealed on camera.

The couple have not been identified since footage of their February 14 fail swept the internet. All that is known is that they live in Calabasas.

In a newly released video which appeared online on Thursday, the wife ogled over her husband’s shoulder as he burned brandy on their stove. 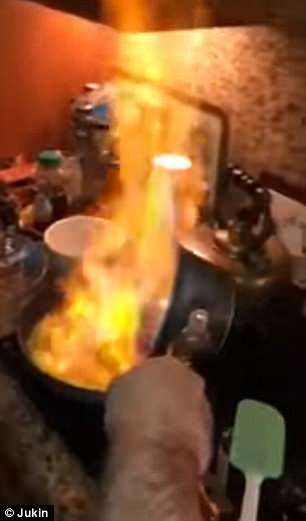 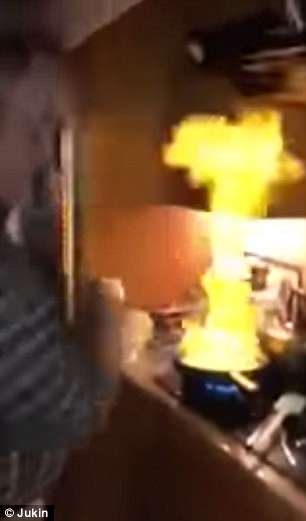 This was the scene in a Calabasas kitchen on Valentines’ Day when a husband tried to impress his wife with a flambe. What is not shown is the woman or her shrieks as he lost control of the blaze

In a separate pan nearby, some sliced apples bubbled, waiting to be drowned in the booze.

Excitedly, the wife chirped: ‘This is a proper Valentine’s Day dessert!

‘We have flames in the kitchen! This is brandy and it’s gonna go, Rob are you gonna pour it on the apples? Is that what’s happening here?’

As ‘Rob’ lifted the flaming alcohol off one cooker to tip it over the apples, his unnamed wife was beside herself with glee.

‘Oh my god!’ she shrieked before letting out a high-pitched scream.

As the flames grew higher, her squeals of delight turned to cries of worry. 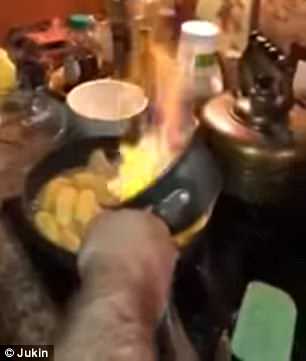 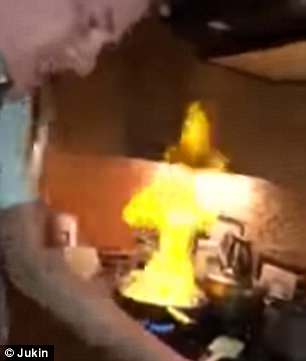 It started out well when the husband poured the flaming brandy over his apples. As the flames grew, however, he became more worried and his teenage son even stepped in to help 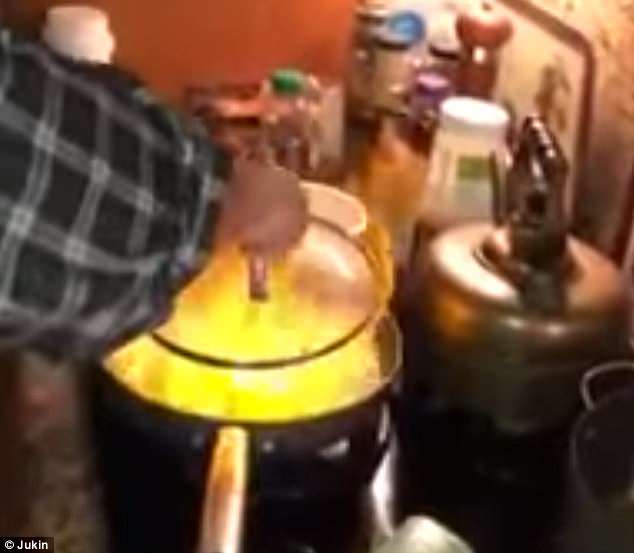 ‘Not the glass!’: The husband’s first attempt to contain the fire with a glass and plastic lid that was smaller than the pan was met with disapproval from his wife 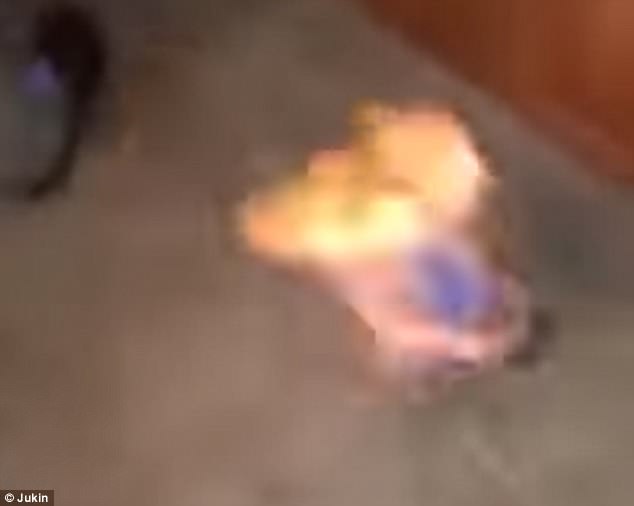 As the flames on the main stove raged, the wife knocked over the smaller pan which contained the brandy and it blazed on the floor

Overcome by the excitement, the woman then accidentally knocked the pan containing the blazing brandy on to the floor. 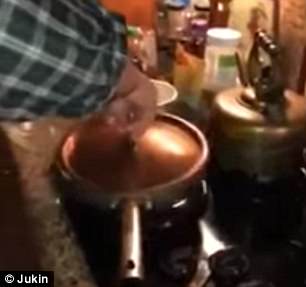 She continued screaming as her husband grappled with the main fire on the stove.

Eager to help, their teenage son then offered a hand putting it out. ‘Don’t worry mom! Don’t worry, it’s going to be OK!’ he said.

As her son and husband grappled with the flames, the woman continued to shriek: ‘Blow it out! Blow it out!’

Her husband then attempted to seal the fire with a small glass and plastic pot lid – another faux-pas.

That finally got the flames under control. It’s safe to say it is the last time he attempts such a hot dish at home.