A doting husband has become an online star after surprising his pregnant wife with a book chronicling their decade-long love story to encourage her during her two-day labor.

Kendall Caver, 29, from Atlanta, Georgia, took to Facebook on September 4 — the day after his daughter Sofia’s birth — to share a video of himself flipping through the pages of the book while his wife Jasmine, 28, rubs her belly.

‘Encouraging my Wife through 2 days of labor. Last night my Warrior Wife gave birth to a beautiful Baby Girl!’ he captioned the heartwarming clip, which has been viewed more than 2.4 million times. 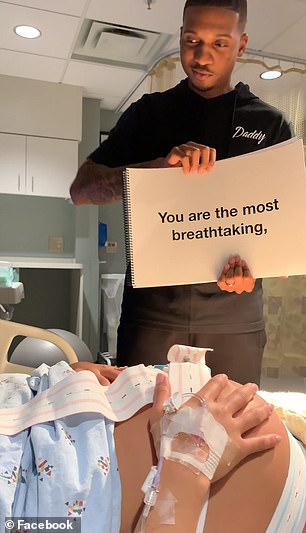 So sweet: Kendall Caver, 29, from Atlanta, Georgia, surprised his pregnant wife Jasmine, 28, with a heartfelt book to encourage her during her two-day labor

In the video, Kendall is wearing a short-sleeve black top with ‘Daddy’ embroidered in white as he shows Jasmine the book he had written for her, page by page.

The book recalls significant moments from their relationship, and between each memory, he reminds Jasmine to ‘breath’ just ‘like we’ve been practicing.’

‘Do you remember when we first met? Almost 10 years ago. Before the bills. Before we started our careers. We were just kids in college who took a chance on each other,’ the book reads. 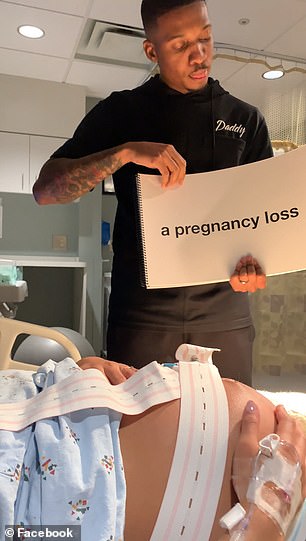 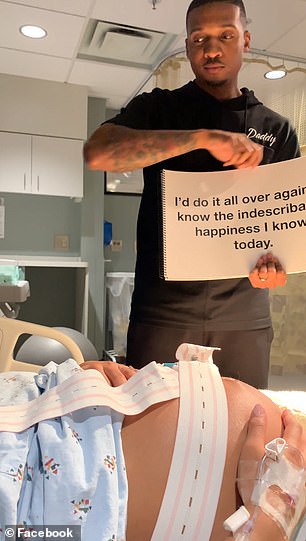 Heartwarming: The couple previously suffered a pregnancy loss, and he wrote that he would ‘do it all over again to know the indescribable happiness I know today’ 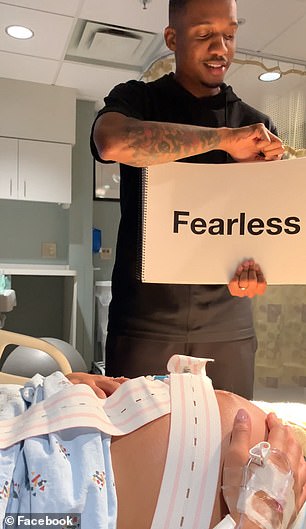 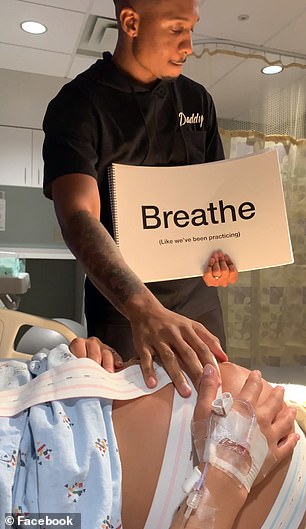 Encouragement: Kendall described his wife as ‘fearless,’ and between each anecdote, he reminded her to ‘breath’ just like they had practiced

‘Over the years, I’ve been your biggest fan. I’ve laughed at the same jokes 10,000 times,’ he admits. ‘When people ask me how we made it this far, I tell them… A lot of prayer. A lot of patience. A few rough times. She gets me.’

The pages go on to recount the advice they received on their wedding day: ‘We are going to be tested but… there’s no test we can’t face together.’

Kendall explains they have been married two years and suffered a pregnancy loss, but he says he would ‘do it all over again to know the indescribable happiness I know today.’

‘You are the most breathtaking, fearless, wonderfully made woman I know. You are my best friend, soulmate, and in just a few pushes you’ll be the most amazing mother our daughter could ever ask for. I love you!’ reads the last pages of the book. 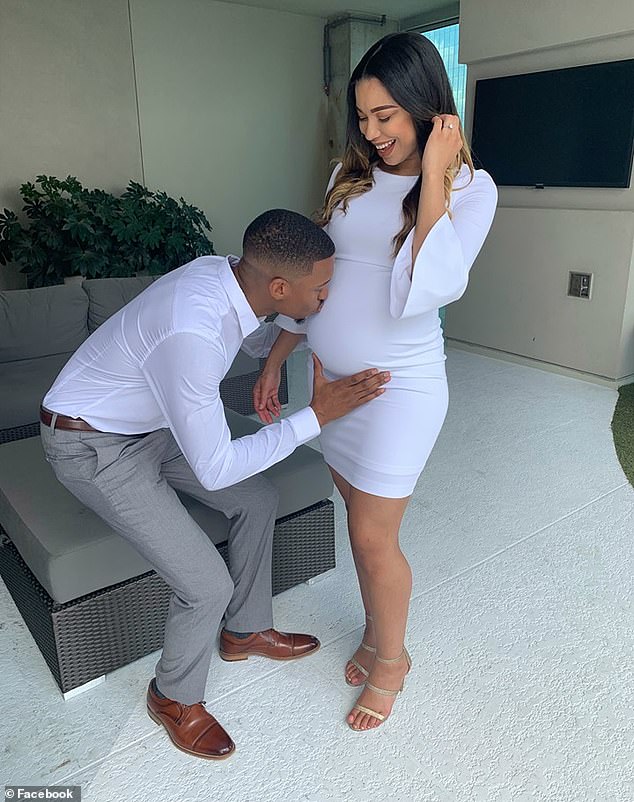 Nerves: Kendall said he came up with the idea for the book after his wife confided in him that she was anxious about going into labor 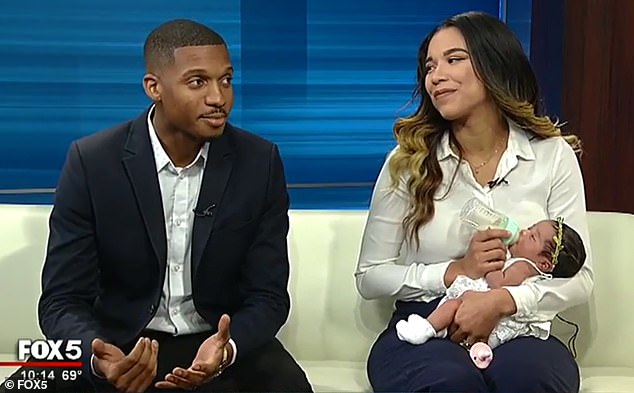 Happy ending: Jasmine said they wanted to share their story so others who have had suffered pregnancy losses would know that they aren’t alone

The video ends with Kendall leaning over and giving his wife a sweet kiss.

Thousands of people have commented on the heartwarming footage, with many praising Kendall for being such a supportive husband. 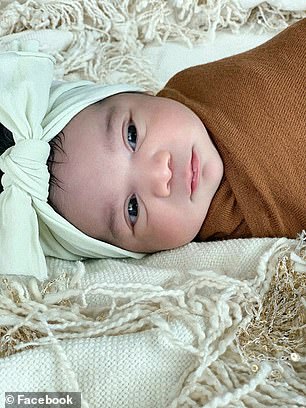 ‘Well this is just the sweetest thing ever and I’m still crying. You definitely got the last good man maam,’ one person wrote.

‘This man is a keeper! Congratulations on your blessing from God!’ someone else commented.

Kendall told Fox 5 Atlanta that he came up with the idea for the book after his wife confided in him that she was anxious about going into labor.

The new mom previously had a miscarriage, and he wanted to do something for her that would help take her mind off of what was happening in the delivery room.

‘I felt really blessed that he would pull out such a book like that,’ she said. ‘It took my mind off of everything, and I was just really thankful to have him do it.’

Jasmine explained that they had a pregnancy loss before they welcomed their rainbow baby Sofia, and they wanted to share their story so others in similar situations would know that they aren’t alone.