Husband ‘shoots dead his wife, three children and dog, then kills himself’

Husband, 39, ‘shoots dead his wife, their three children, including a baby, and the family dog, then kills himself in quadruple murder-suicide’

A North Carolina man with a history of domestic violence shot dead his wife, their three young children and their dog before turning the gun on himself, authorities revealed.

The bodies were discovered on Friday after a relative told authorities that she had been unable to contact the family since Wednesday evening.

‘I am at my son’s house,’ the caller told a 911 dispatcher. ‘I have been trying to reach them. None of them are answering, the car is in the driveway. Something’s wrong, and I need somebody out here to do a wellness check.’

When deputies arrived at the home on Kinsaw court, they saw a body through a partially opened curtain and forced their way into the home, Hughes said.

They found the body of Michael Ireland, 39, in the master bedroom with a gunshot to the head and a revolver beside his body. The family dog, a pit bull, was dead in the same room.

The bodies of his 26-year-old wife, April Ireland, and eight-month-old Caroline were on a living room couch.

The couple’s sons, four-year-old Michael and three-year-old Bryson, were on another couch in the living room. All were dead from a single gunshot wound. 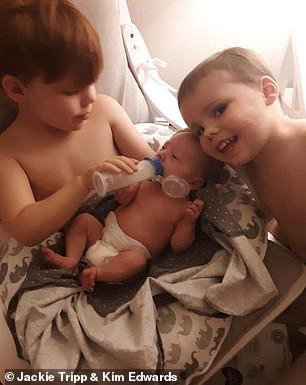 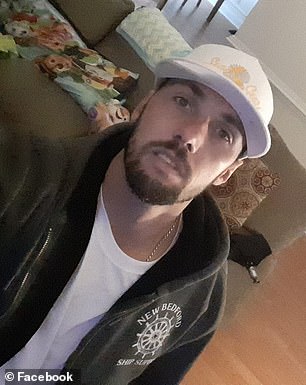 Sheriff said Michael shot each of his children, his wife and the family dog once, killing them. He then took his own life in the master bedroom

The sheriff said there were no signs of a struggle inside the home.

Hughes said during a press conference on Monday that deputies with decades of experience told him it was one of the most horrific crime scene they have ever seen.

Officers who responded to the home are now receiving counseling, reported WCTI12.

According to incident reports, local law enforcement has been familiar with the Ireland family from having been called out to their home a half-dozen times between 2015-2017.

Michael Ireland, who had working on a fishing boat, had a criminal record that included domestic violence charges, counts of assault and communicating a threat. 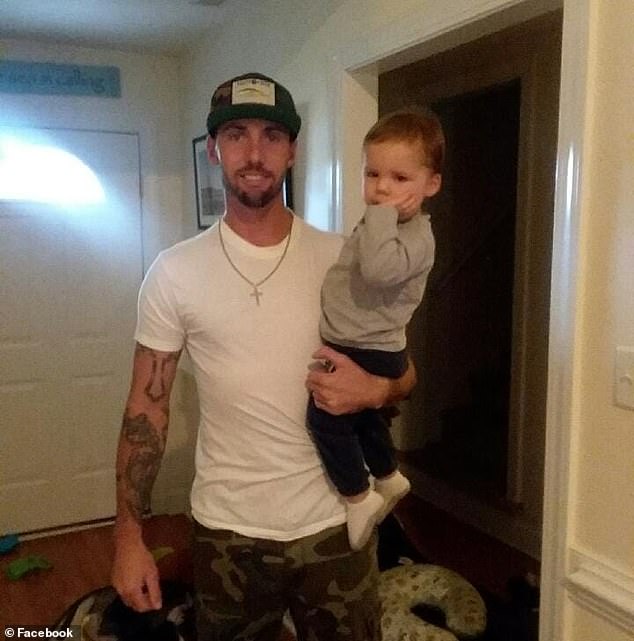 Neighbors reported that Michael and April frequently argued and could be heard yelling at one another.

Las August, April launched a GoFundMe campaign seeking donations for her family, writing that her husband was in the hospital from a ‘self-inflicted’ injury, and that ‘he is very sick mentally,’ including with depression.

Jackie Tripp, April’s mother, said the family were struggling financially, but her daughter went to great lengths to keep her children clothed and fed.

‘My daughter was a brave, intelligent, beautiful person,’ the heartbroken mother said. ‘She loved her kids with everything she had. That’s how I want her remembered.’