Judge Johannes Hochgürtel of Krefeld court in the western state of North Rhine-Westphalia ruled the fatal internal injuries that Ralph Jankus, 52, inflicted on his wife Christel, 49, were an accident, and that he loved her.

‘We can assume it was consensual sex,’ Judge Hochgürtel said while giving the verdict, adding the accused was not likely to repeat the act.

Jankus (right) has reportedly admitted that his wife (left) had previously complained about discomfort, after the sex session, and had been to see an internal medicine specialist who had carried out a colonoscopy, but nothing had been found to be wrong with her

Following her death, Jankus took to Facebook to write: ‘I want to say thank you for your many good wishes on the wedding. Sadly I have to inform you that my beloved wife died suddenly after only eight days of marriage. I am distraught. All the happiness I’ve ever known was the years with my wonderful wife’

Jankus insisted throughout the trial that he had loved his wife.

After her death, he posted on Facebook: ‘Unfortunately I have to share with you all that my beloved wife died suddenly just eight days after our wedding, I am distraught.’

Last week, a court spokesman in the city of Krefeld confirmed that a psychiatric report shows the accused is fully accountable for his actions.

There are no indications to suggest he should be exempt from criminal responsibility, the spokesman said.

Just days after their wedding, Jankus and Christel enjoyed a mammoth 48-hour sex session when Jankus inserted an 8-inch- (20-centimeter) long spiked sex toy inside her, causing fatal internal damage to her intestines.

‘It was an object with spikes or bristles,’ the public prosecutor told the court, according to German newspaper Bild.

When emergency services were eventually called four days later, there was nothing they could do to save the victim.

Self-confessed sadomasochism fan Jankus was facing manslaughter charges for failing to call for help, although he said he was not aware his wife was seriously ill. 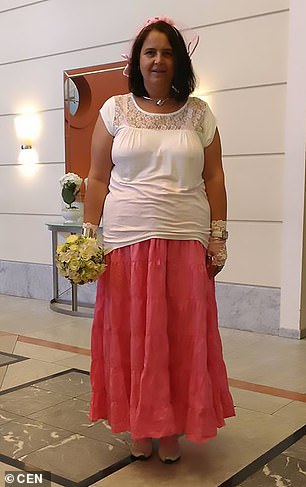 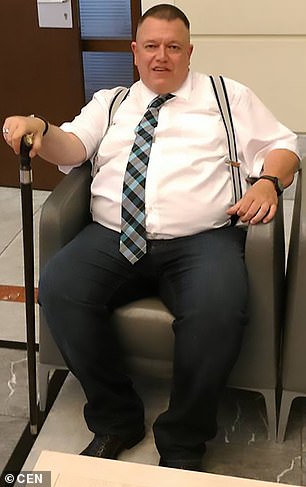 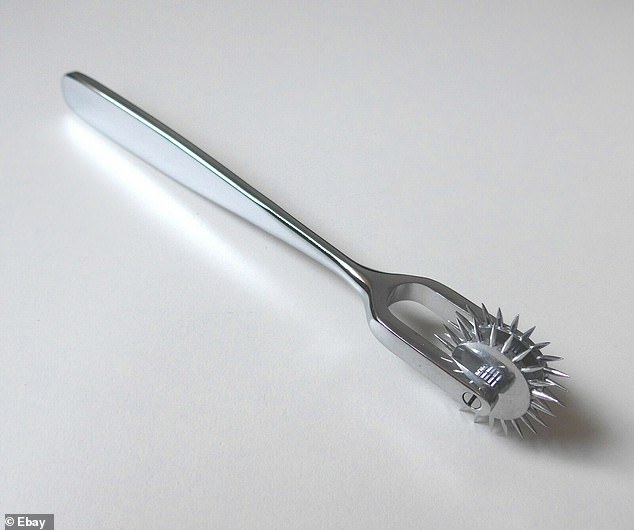 Just days after their wedding, Jankus and Christel enjoyed a mammoth 48-hour sex session when Jankus inserted a 20-centimeter-long spiked sex toy inside her, similar to this, causing fatal internal damage to her intestines

According to reports, he told police that he loved his wife dearly and instead of going on a honeymoon they opted for a steamy sex session lasting two days.

Jankus reportedly said that his wife had previously complained about discomfort and had been to see a specialist who carried out a colonoscopy, but nothing had been found wrong with her.

Forensic specialists came to the conclusion that the woman must have had some sort of barbed hook inserted into her and when it was removed it perforated her bowel.

The victim’s 30-year-old son, who has not been named, claimed his mother had been abused as a child and was mentally unstable. 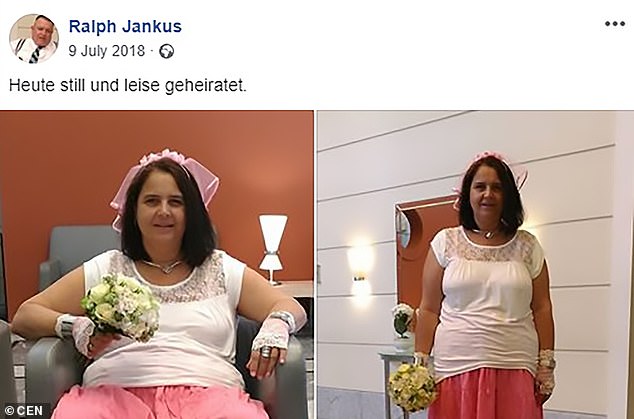 He said his mother was dominated by her new husband and had started wearing clothes to cover up alleged injuries.

According to local media, she had previously reported her partner for abuse in 2017, but later withdrew her complaint and spent some time in a psychiatric clinic.

Her son claims that she fled to a women’s shelter in 2018, before returning happier and wanting to marry her partner in July of the same year.

He said: ‘She had injuries over her whole body and especially in her genital area.

‘I warned her that she was putting up with too much and that it should never have gone this far.’

He claims that Jankus ‘abused, mistreated and humiliated’ his mother, but added: ‘I do think she loved him though.’

The son’s unnamed partner, who is also a court witness, said: ‘We had no idea about the violence at first, but over time it became more apparent.

‘She was not allowed to leave the apartment and was forced to take drugs. She was beaten for going to the hairdressers without permission.’

The couple had been together since 2011.