The petrol-electric version of its seven-seat Jogger estate is available to order now, with prices starting from just £22,595.

That may be cheap compared to many similar new cars, but it’s a whopping £5,450 premium on the cheapest petrol-powered Jogger, which starts from just £17,145 – and is the cheapest car on sale in its segment.

But while the hybrid will offer better fuel economy, This is Money has calculated the small saving in annual fuel bills will mean it takes over 31 years to recover the £5,450 additional cost of choosing the greener option.

Is Dacia’s first electrified Jogger really the best option for buyers on a budget? We’ve calculated that the price premium over the standard petrol car will take 31 years to pay back in slightly cheaper annual fuel bills

The Romanian car firm confirmed this week that its first ever hybrid electric vehicle is now on sale and UK deliveries begin from March.

The seven-seat Jogger – which This is Money tested last year –  has been a big success story for the budget-friendly brand, with Dacia claiming to have already received more than 83,000 orders worldwide and delivered 51,000 examples of the estate car in under a year.

And the new Jogger Hybrid 140 will look to build on this demand by offering what is officially the most affordable seven-seat hybrid vehicle on the UK market.

The Jogger Hybrid 140 is powered by a naturally-aspirated 1.6-litre petrol engine linked to twin electric motors and an automatic gearbox, combined with a small 1.2kWh (230V) battery. 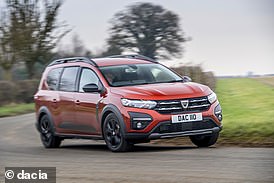 Can the Jogger really be considered as an alternative to a traditional MPV? We decided to find out by putting the budget-friendly family motor through its paces in a comprehensive test.

It will deliver a total power output of 140hp, with Dacia claiming an acceleration time from zero to 62mph in 10.1 seconds and low emissions of 112g/km CO2.

According to official fuel economy figures, it will return up to 56.5 miles per gallon.

In comparison, the cheapest petrol Jogger – starting from £17,145 – has a three-cylinder turbocharged 110hp engine that emits 130g/km CO2 and returns an official fuel economy of 48.7mpg.

That means the hybrid is 32 per cent more expensive but only 16 per cent more efficient. And this means the conventional petrol likely makes the most sense for the majority of customer who drive average annual mileage.

Covering 10,000 miles in a year at current fuel prices will see owners of the 1.0-litre petrol rack up an annual petrol bill amounting to £1,387.

That’s just £174 more than the fuel costs for the more expensive hybrid version.

Based on our calculations using current petrol prices, it would take over 31 years in annual fuel cost savings to recoup the £5,450 premium price tag of the hybrid version.

Both variants produce CO2 emission that qualify for the same Vehicle Excise Duty banding (111-130g/km), though owners of the hybrid model pay £10 less in car tax thanks to an existing discount for cars with ‘alternative-fuel’ engine. 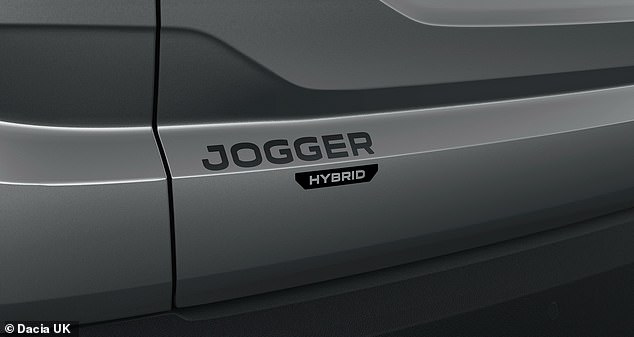 Dacia bosses say the petrol-electric Jogger is ‘the most accessible hybrid family vehicle on the market, offering generous interior space as well as all the essential features’ 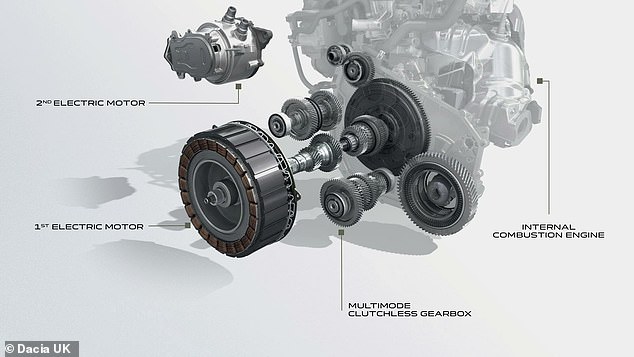 The Jogger Hybrid is powered by a naturally-aspirated 1.6-litre petrol engine linked to twin electric motors and an automatic gearbox, combined with a small 1.2kWh (230V) battery. According to official fuel economy figures, it will return up to 56.5mpg 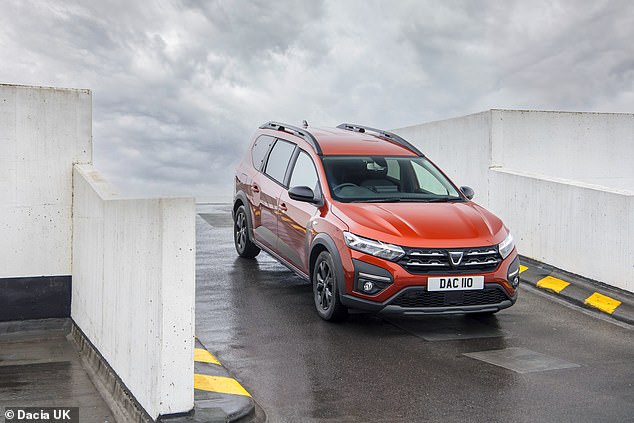 The conventional petrol Jogger – which we’ve tested – will cost on average £174 more a year in fuel bills than the hybrid variant. However, it’s almost £5,500 cheaper to buy

Annual VED for the petrol version currently costs £190, while the hybrid is a discounted £180.

Add this to the slightly lower cost of annual fuel bills and the hybrid offers £184-a-year in running cost savings.

How to save money on your fuel bills 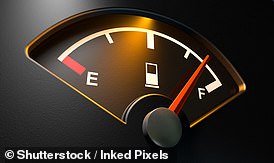 Read our guide to reducing your fuel use, meaning less frequent trips to the pumps

Using really simple eco-driving techniques ‘can easily save the equivalent of 9p-a-litre’, says the AA.

For motorists desperately wanting to get the most out of the expensive fuel they’re currently pumping into their cars, we’ve compiled our top 10 best tips to drive as efficiently as possible.

We calculate that even with cheaper taxation included, it will still take over 29 years to recoup the additional £5,450 upfront cost of the hybrid Jogger.

While it can be argued that this is the case for all new cars offered with the choice of either a petrol or hybrid drivetrain, it becomes a bigger issue for models aimed at the budget end of the market where buyers are likely looking for the cheapest returns.

Commenting on its arrival in the UK, Lionel Jaillet, Dacia’s vice president for product and performance, said: ‘Less than a year after the launch of the Jogger, we are taking a new step by presenting another version of the model with a Hybrid 140 engine.

‘It’s a clutchless hybrid, offering an all-electric start and reduction in fuel consumption.

‘The Jogger Hybrid 140 represents Dacia’s position perfectly – it is the most accessible hybrid family vehicle on the market, offering generous interior space as well as all the essential features.

‘By incorporating this engine, Dacia has taken the leap with hybrid technology.’