Hilarious video shows a hyperactive dog flipping wheelchairs over and causing havoc while training to be a service dog.

Ryker, two, a Belgian Malinois from Louisville, Kentucky, was given the opportunity to learn the skills needed to look after disabled patients.

But the over-excited pooch was unable to contain himself during training, knocking walking aids over and getting distracted by toy balls.

Ryker, two, a Belgian Malinois from Louisville, Kentucky, was filmed pulling a man round as he sat on a wheelchair. Elsewhere in the video, a man falls off the chair due to Ryker’s over-excited antics 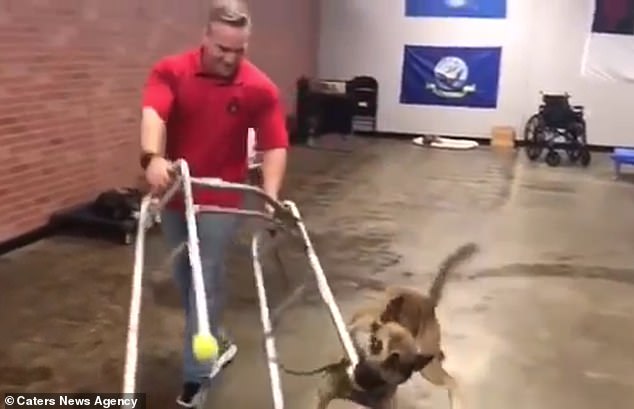 Video footage, filmed at Double H Canine Training Academy, shows Ryker yanking fridge doors open and pushing wheelchairs around with no regard for who’s sitting on it.

His owner and dog trainer Zach Janes, 25, said that Ryker is now trained in explosives detection and protection.

Mr Janes said: ‘Since the video was originally posted, we have received hundreds of phone calls asking if we are rehoming the service dog flunky Ryker.

‘However, he is not actually a service dog.

‘Every dog has a purpose, clearly Ryker’s purpose is not to be a service dog.’ 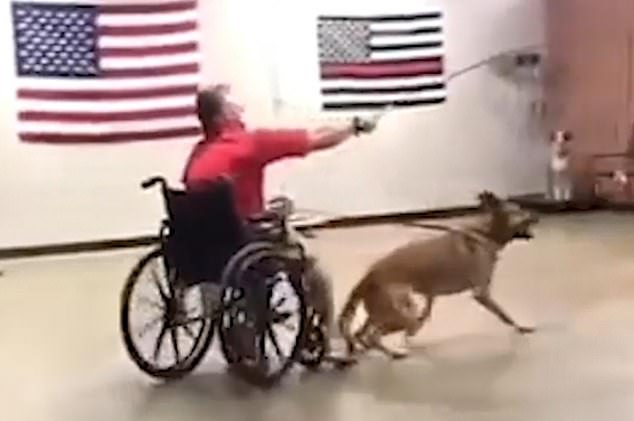 As a service dog, Ryker should not become distracted by toy balls. But in video posted by Double H Canine Training Academy, he chases after a ball at the end of a stick 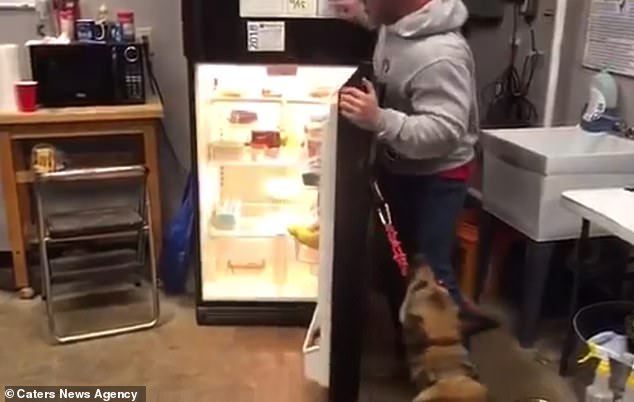 Angela Klose said: ‘Ryker may not be a true service dog, but he did a service to my soul! I laugh so hard I cry every time I watch this.’

While another commented: ‘Clearly Ryker’s purpose is to make millions of people laugh and smile, maybe some when they needed it most. Good boy Ryker.’

And Pamela Hay said: ‘This has got to be one of the funniest dog videos I have ever watched. When the fridge started moving, I was laughing out loud. What a hoot of a dog this is. Gotta love him.’