‘I do not desire to leave, I am very happy’: Tottenham defender Serge Aurier insists his future remains in London despite bit-part role

Serge Aurier wants to stay at Tottenham despite having a limited role to play throughout their 2018-19 season.

The Ivory Coast full-back has made 17 appearances in all competitions but is happy to battle for his place in Mauricio Pochettino’s plans.

The 26-year-old is gearing up for Tottenham’s Champions League final on June 1 against Liverpool and also has an Africa Cup of Nations campaign iwth Ivory Coast to look forward to.

‘This season I have been interrupted by injury more than anything else, but life is like that. 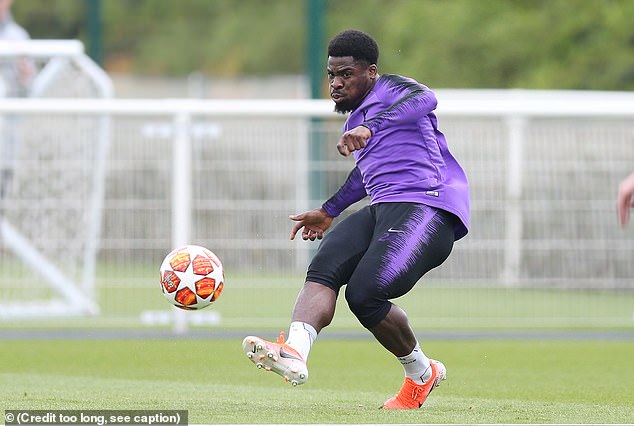 ‘I will have to see what will happen. We have done a good season and we are in the Champions League final, we are going to enjoy that, see how it goes.

‘My season is not finished, I still have an Africa Cup of Nations too.’

Tottenham are gathering back at their Enfield training ground on Monday to begin preparations for Liverpool.