I considered taking my own life, says Lib Dem chief

By Simon Walters for The Mail on Sunday

The Lib Dem chief who faced ‘sex pest’ claims has said he considered suicide as a result of bullying and revealed how his mental health was hit by coping with ‘drunken’ former party leader Charles Kennedy.

Lord Rennard said he nearly killed himself when bullied for being overweight as a young man.

And the strain of running campaigns as Mr Kennedy’s leadership crumbled over his battle with alcoholism gave the former Lib Dem chief executive further ’bouts of depression’.

Lord Rennard, the Lib Dem chief that faces ‘sex pest’claims, has said he considered suicide as a young man

Lord Rennard, who apologised in 2014 for ‘encroaching on the personal space’ of four activists who accused him of sexual harassment, breaks his silence on the row in his memoirs.

The peer, whose party suspension was lifted after an inquiry, insisted that he was ‘honourable’ and had earned the right to be ‘welcomed back’.

In Winning Here, published by Biteback tomorrow, he paints a bleak picture of growing up in poverty with a severely disabled single mother in Liverpool in the 1960s – and finding her dead as a teenager. 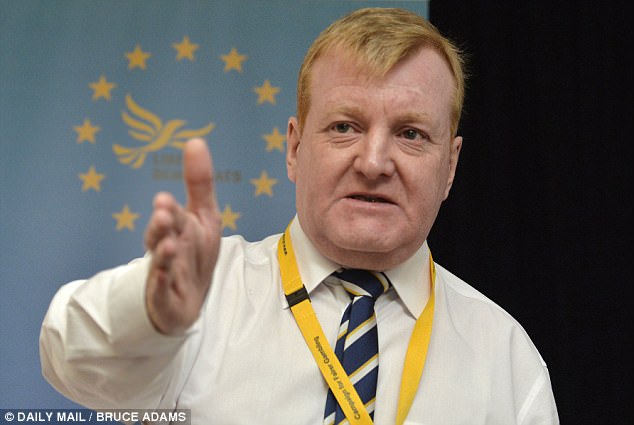 He was hit by depression, saying: ‘With weight gain, my self-confidence declined, making me a target for bullying… I composed letters in my head explaining why I had decided not to continue with my life.’

Lord Rennard, 56, says he suffered more ‘mental health’ stress trying to run Lib Dem campaigns for Mr Kennedy. ‘I was often engaged with the consequences of the alcoholism that caused his downfall and untimely death,’ he writes.