‘I don’t know what else the NFL can do’: Aaron Rodgers defends the NFL amid Tua concussion scandal

‘I don’t know what else the NFL can do’: Aaron Rodgers defends the league amid Tua Tagovailoa concussion controversy and insists players must self-police: ‘Be smart… we need to think about our long-term health’

By Peter Carline For Dailymail.Com

Aaron Rodgers turned on the charm and showcased his dry humour and support of Manchester City as he faced British media for the first time.

And the 38-year-old Green Bay Packers quarterback, a four-time MVP, also said he is happy with the level of protection provided against concussion by the NFL – but urged players to self-police.

‘I do think it’s enough,’ he said when asked about the level of protection provided to players by the NFL. ‘I just think we have to police ourselves as well and be smart about that. Players want to be out there. But we need to think about our long-term health.

With the Green Bay Packers playing in London for the first time, Aaron Rodgers spoke to the British press about concussions, meeting Steven Gerrard, and the USWNT at Wembley

‘I don’t know what else the NFL can do. I’m not always defending the NFL in every decision that they make. Every topic should be up for discussion. When it comes to this, there’s independent people on the sideline who are watching for those hits. I think there has to be a closer eye on those particular plays.

‘Obviously watching the play with Tua back – you go back the previous week – you saw him kind of stumble after a hit. I think we all know what was going on there.

‘For Tua I understand the predicament. You want to be out there and keep playing but we’ve all got to think about our long-term health because we know the effects of CTE have been well documented and there’s research around it. I don’t know what else the league can do. We’re trying to pull guys off the field. Like I said there’s multiple people watching for specific head injuries. We’ve got to police ourselves.’

In a wide-ranging press conference, the Green Bay Packers quarterback revealed he was star-struck during a chance meeting with Steven Gerrard in a Beverly Hills clothes shop. 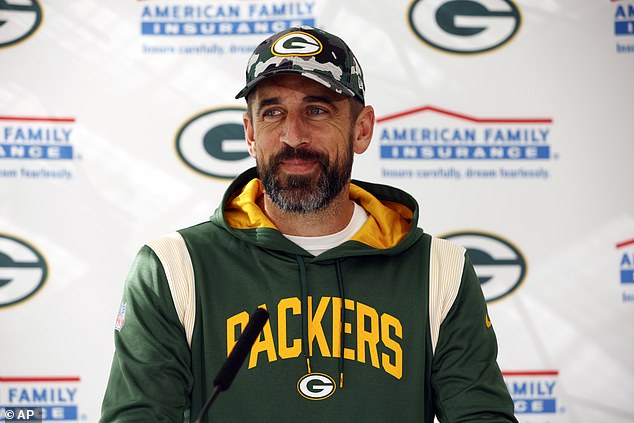 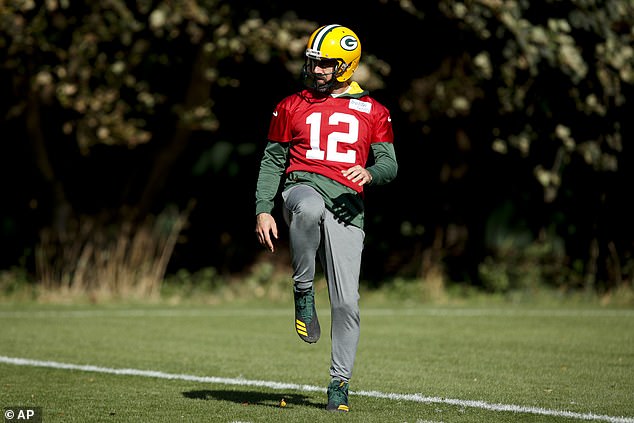 After landing this morning, he revealed a chance encounter with Steven Gerrard in LA

‘I had a random encounter with Steven Gerrard when he was playing for the Galaxy. It was one of the rare times in life where I was star-struck, and we were just in like a shop in Beverly Hills. I was getting an outfit for the ESPYs or something and I just was stunned.

‘I was like, “Oh my god”. I looked around and nobody knows who he is. I think it must’ve been nice for him to be over the States and have some anonymity because of the fame that he has for his career over here.’

And Rodgers will also be cheering on the USWNT when they face the Lionesses at Wembley this evening, despite Green Bay landing early this morning.

‘I’m going to watch the US national team tonight! Obviously the Lionesses are the Euro champs. So it’s a friendly, it’s competitive. Yeah, I want to get out into the city a little bit. We obviously came in later in the week. So I’m not sure about (watching Manchester City) tomorrow.’ 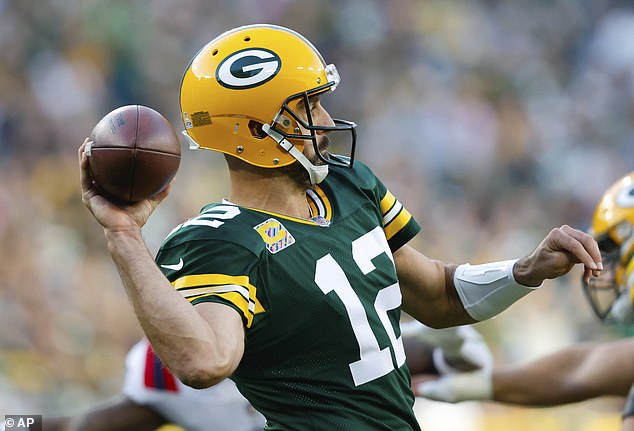 Rodgers has supported City after watching Amazon’s All or Nothing about the 2017-18 season, and spoke about meeting Pep Guardiola et al when Manchester City played Bayern Munich at Lambeau Field in July.

‘I went in the locker room and met De Bruyne. We did some jersey swaps together. They have an interesting coaching staff, a lot of Spaniards on that staff who were pretty damn funny. Pep was great. It was fun having something like that at Lambeau. We’ve had some interesting concerts over the years. We don’t get a lot of big-time acts come through our tiny town, so to have Bayern Munich and Manchester City play there was really cool for all of us.’

Two teams with winning records play in England for the first time, with the 3-1 Packers nominally hosting the 3-1 New York Giants on Sunday. 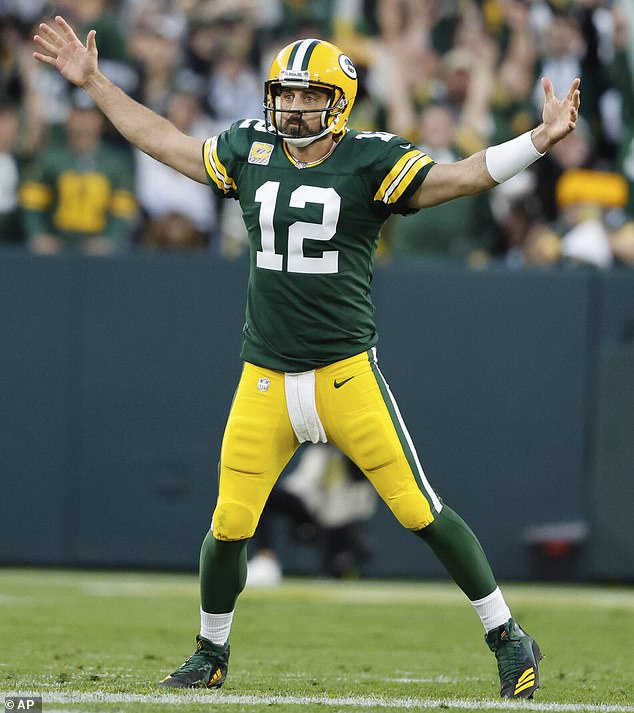 Due to the NFL’s expansion to 17 game regular season, Green Bay have given up a home game to play at Tottenham Hotspur Stadium and are the 32nd and final team to play a regular season in England.

‘We’re too big of a draw in the States. So finally, with 17 games we get to come over,’ Rodgers said.

‘I’ve always dreamt of watching a big concert, a big soccer match at Wembley, so I’ll be there tonight. But the games have always been great – this is a first game between teams with a winning record I believe in London. It’s about time we were here.’