‘I don’t see it’: Trump says ‘people like myself’ aren’t global warming ‘believers’

President Donald Trump said for the second day in a row that he’s skeptical about his own administration’s conclusion that human-generated global warming is a threat to the nation and the world.

‘One of the problems that a lot of people like myself, we have very high levels of intelligence but we’re not necessarily such believers,’ Trump told The Washington Post on Tuesday.

The president has been pressed for the past two days about a stunning report released Friday that said climate change will cost the U.S. economy hundreds of billions of dollars by the end of the century, damaging everything from human health to infrastructure and agricultural production.

President Donald Trump said on Monday he doesn’t believe a climate report out of his administration that warns of dire economic costs in the wake of climate change; he doubled down on Tuesday 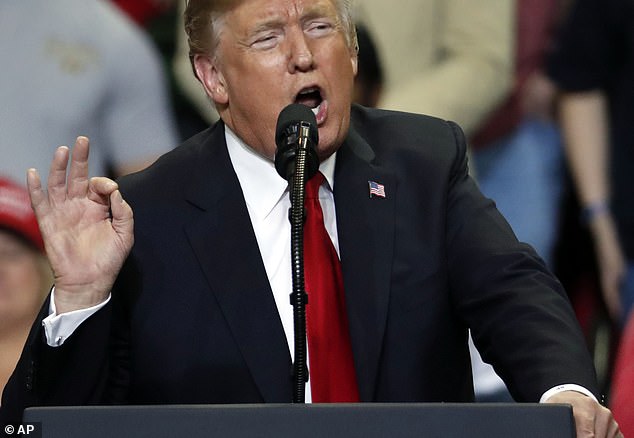 ‘As to whether or not it’s man-made and whether or not the effects that you’re talking about are there, I don’t see it,’ he said Tuesday about apocalyptic global warming predictions 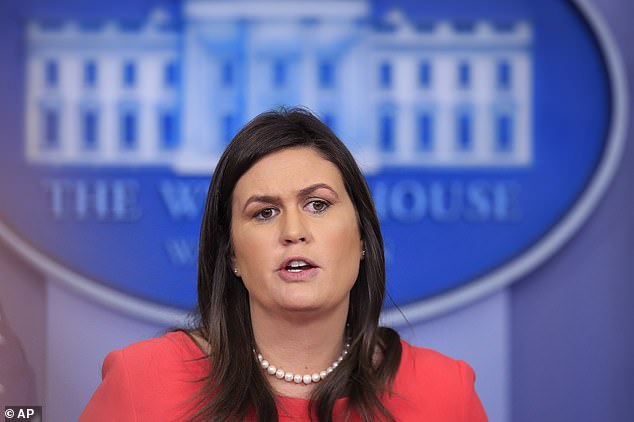 Sarah Sanders, Trump’s main spokesperson, said Tuesday that the administration’s climate report was based on computer models that relied on the ‘most extreme’ scenarios possible

‘This report is based on the most extreme modeled scenario, which contradicts long-established trends,’ she said, claiming that ‘it’s not based on facts.’

‘We’d like to see something that is more data-driven. It’s based on modeling, which is extremely hard to do when you’re talking about the climate,’ Sanders added.

Trump has in the past boiled ecology policy down to its simplest expression, frustrating environmentalists who have warned consistently for 40 years about a coming climate apocalypse.

‘You look at our air and our water and it’s right now at a record clean,’ he said Tuesday.

The president was more succinct with his doubts on Monday.

‘I don’t believe it,’ he told reporters at the White House before he left for campaign rallies in Mississippi.

He also seemed to push the blame to other nations.

‘You’re going to have to China and Japan and all of Asia and all of these other countries, you know. …  if we’re clean, but every other place on Earth is dirty, that’s not so good,’ he said.

The bleak climate report came out on Black Friday, a holiday for most Americans and one of the busiest shopping days of the year, leading critics to charge Trump with trying to bury the findings under an avalanche of holiday cheer.

The congressionally mandated report, written with the help of more than a dozen U.S. government agencies and departments, outlined the projected impacts of global warming in every corner of American society, in a dire warning at odds with the Trump administration’s pro-fossil fuels agenda.

‘With continued growth in emissions at historic rates, annual losses in some economic sectors are projected to reach hundreds of billions of dollars by the end of the century – more than the current gross domestic product (GDP) of many U.S. states,’ according to the report.

Trump’s administration – through his EPA – has rolled back or repealed nearly every climate policy former President Obama put into place, including greenhouse gas rules for power plants, cars and oil and natural gas drillers.

The president also took the United States out of the Paris Climate Accords.

Trump and several members of his cabinet have also repeatedly cast doubt on the science of climate change, arguing the causes and impacts are not yet settled.

Environmental groups said the report reinforced their calls for the United States to take action on climate change. 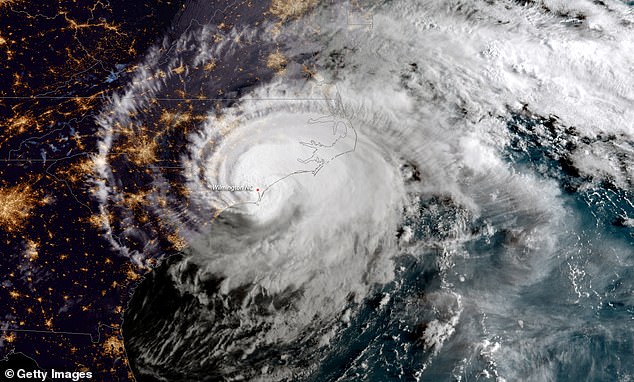 The report came out on Black Friday, one of the busiest shopping days of the year, leading critics to charge Trump with trying to bury the findings

‘This report makes it clear that climate change is not some problem in the distant future. It’s happening right now in every part of the country,’ said Brenda Ekwurzel, the director of climate science at the Union of Concerned Scientists and one of the report’s authors.

Previous research, including from U.S. government scientists, has also concluded that climate change could have severe economic consequences, including damage to infrastructure, water supplies and agriculture.

Severe weather and other impacts also increase the risk of disease transmission, decrease air quality, and can increase mental health problems, among other effects.

Thirteen government departments and agencies, from the Agriculture Department to NASA, were part of the committee that compiled the new report.