Barbara Eden has opened up about the devastating loss of her son Matthew Ansara, twenty years after he died of an accidental heroin overdose at age 35.

In a new interview with People, the I Dream of Jeannie star, 90, reflected on her son Matthew’s battle with addiction and what she has learned after his death in 2001, saying you can never really ‘cope’ with losing a child.

‘When Matthew was clean and sober, he was such a beautiful human being, inside and out,’ she told the magazine. ‘Drugs are inexplicable. It’s so frustrating.’

Looking back: Barbara Eden, 90, has reflected on her son Matthew Ansara’s tragic battle with drug addiction 20 years after he died of an accidental heroin overdose at age 35 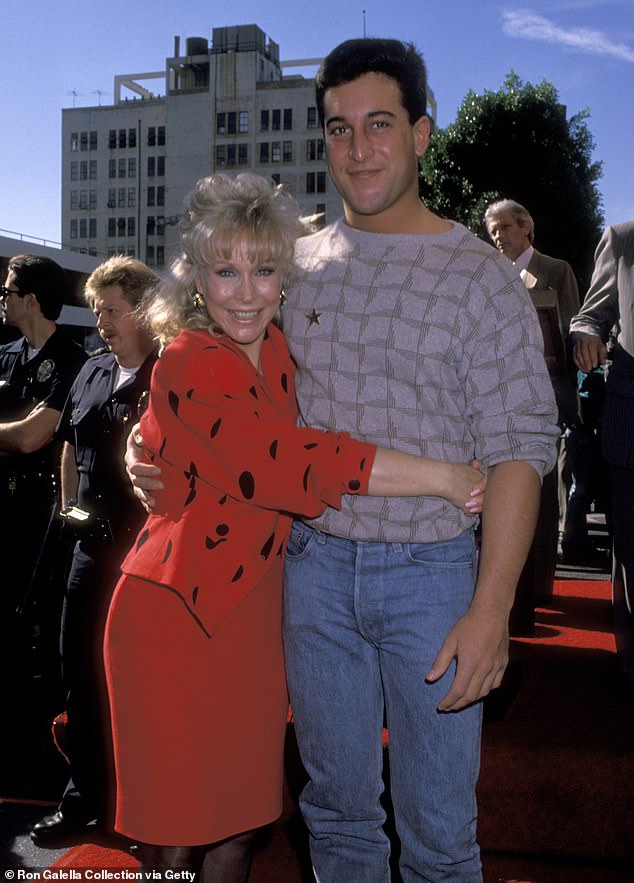 Heartache: Eden (pictured with Matthew in 1988) recalled feeling a ‘lot of guilt and anger’ following his death, saying she was ‘always on the edge of tears’

Eden and her first husband, actor Michael Ansara, had been trying to have a baby for nearly seven years when she learned she was pregnant with Matthew — on the ‘same day that I Dream of Jeannie sold.’

The actress, who starred in the NBC sitcom from 1965 to 1970, assumed she was going to be replaced, but the show’s creator Sidney Sheldon opted to film the first 13 episodes while she was pregnant with Matthew.

‘I don’t know if becoming a mom changed me, but it was the most wonderful thing that ever happened to me,’ she said. ‘It’s a miracle, having a baby, and having this little creation. I get goosebumps when I think about it. It’s the loveliest thing that happened in my life.’

In 1971, six years after she gave birth to Matthew, Eden suffered a heartbreaking miscarriage when she was nearly eight months pregnant.

‘I carried my second son for almost eight months before the doctors told me he had died in the womb,’ she told People. ‘It was awful. I became numb. You just deal with everything every day.’ 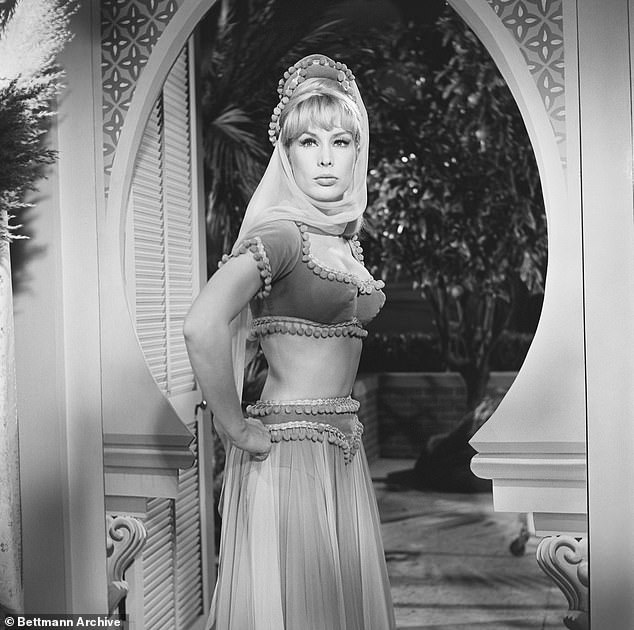 Hollywood star: The actress was pregnant with Matthew when she filmed the first 13 episodes of the NBC sitcom I Dream of Jeannie, which ran from 1965 to 1970 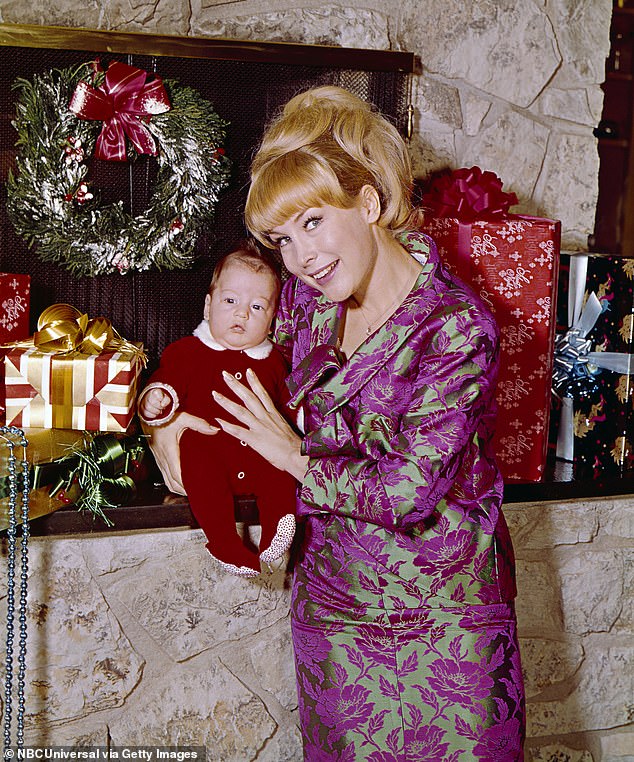 Memories: Eden said having a baby was the ‘most wonderful thing that ever happened to me’ 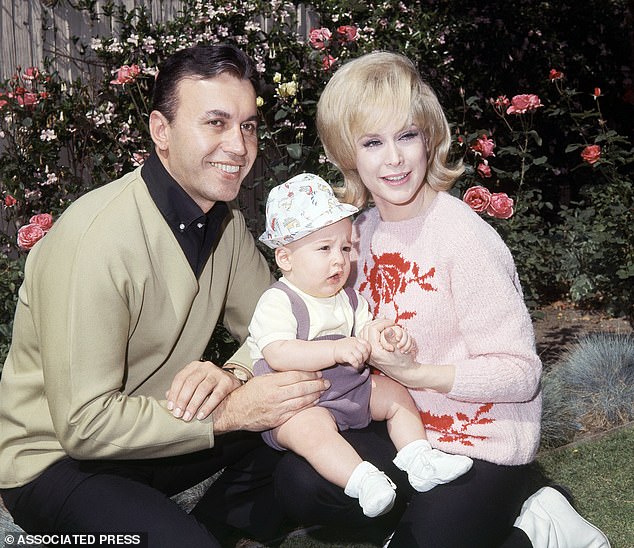 Family: Matthew was Eden’s son with her first husband, Michael Ansara, whom she was married to from 1958 to 1974

‘I went right back to work and lost a lot of weight,’ she shared. That year, Eden made three TV movies: The Woman Hunter, A Howling In The Woods, and The Feminist And The Fuzz.

‘Nobody told me what was wrong with me,’ she recalled. ‘At that time going to a psychiatrist, people didn’t do it. You just healed yourself. Now you go get help when you feel that bad. When you can’t move or don’t want to do anything, go and get help.’

Eden was married to Ansara from 1958 to 1974. She wed her second husband, Charles Donald Fegert, in 1977. They divorced five years later in 1982. She and her third husband, real estate developer Jon Eicholtz, 83, have been married for 30 years.

During the early years of her marriage to Eicholtz, the actress faced more heartbreak as she helplessly watched Matthew struggle with drug addiction.

‘At first we didn’t recognize the behavior — the sleeping and the bouts of anger that would come up all of a sudden with this charming, darling boy. I was scared to death,’ Eden said. ‘I didn’t know what to do.’ 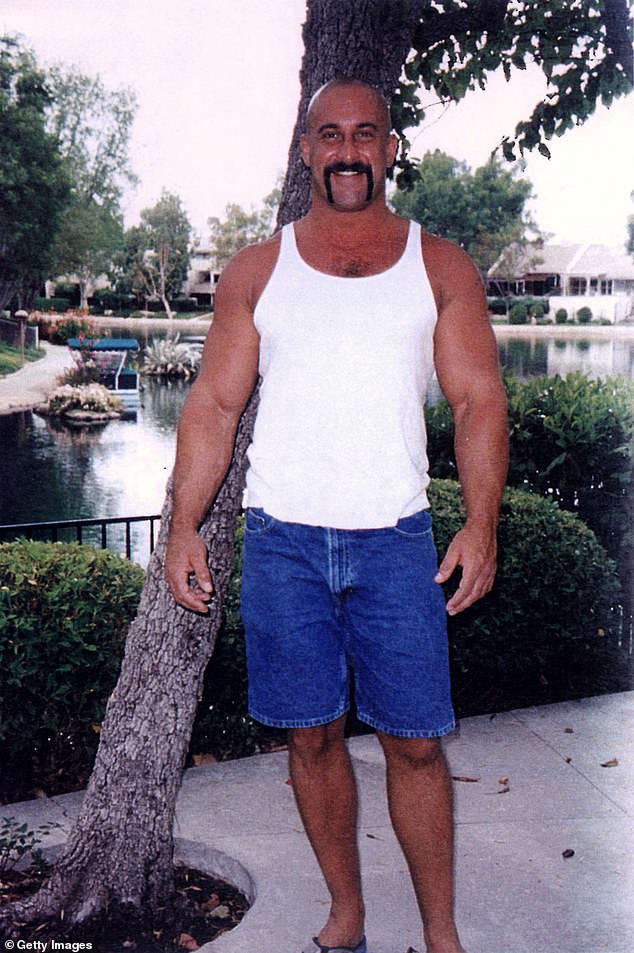 Tragic loss: Matthew was in and out of rehab for 14 years before he died of a heroin overdose 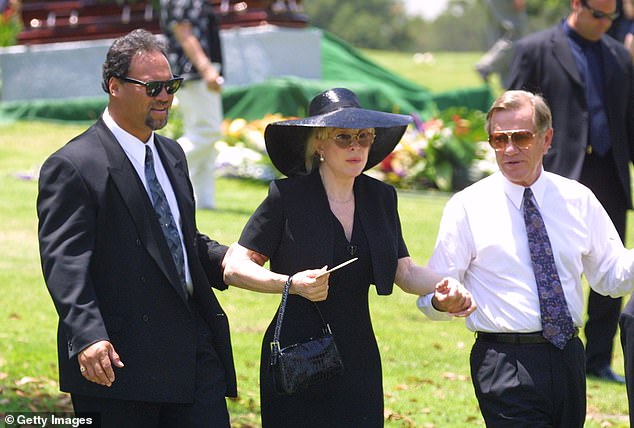 Devastated: The mother (pictured after Matthew’s funeral) said you can never really ‘cope’ with losing a child, but she explained that she tries to focus on the positives in her life 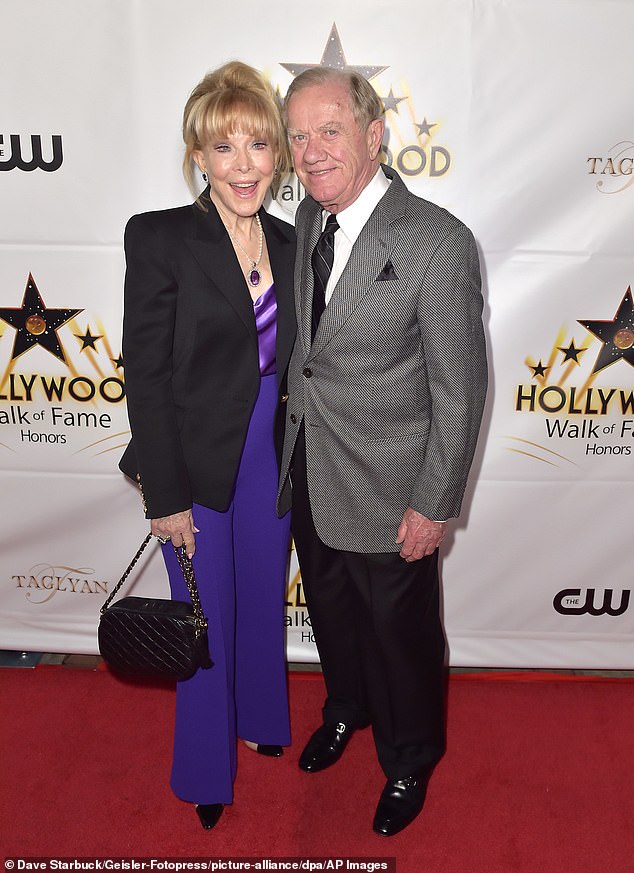 Love: Eden and her third husband, real estate developer Jon Eicholtz, 83, have been married for the past 30 years

Matthew was in and out of rehab for 14 years before he died of a heroin overdose. He was found dead in a car parked in a suburban LA service station in June 2001.

‘I don’t think there’s anything worse than to lose your child,’ Eden said. ‘As a parent, I had a lot of guilt and anger, and following his death I was always on the edge of tears. Even though he was 35, he was still my baby.’

Eden thinks of her late son daily, and while she will never fully recover from the loss, she tries to focus on the positives in her life. She has also shared her story with other families who are struggling with addiction issues.

‘I began to speak with parents who were going through the same thing,’ she said. ‘I think parents should know that it’s not a bad thing to be strict with your child.

‘If you know what’s going on, you have a chance to help. Ultimately it’s up to them, but there’s hope.’