‘I had to learn to be fearless’ says Gemma Whelan

From Game of Thrones to Killing Eve, Gemma Whelan is no stranger to drama – but it’s nothing compared to her real-life highs and lows, as Louise Gannon discovers

With just two episodes to go, ‘How will Killing Eve end?’ is the only question anyone asks the hit show’s newest recruit Gemma Whelan. But if you’re hoping for any spoilers from her, you’ll be disappointed.

The plot of the hugely anticipated third series, which was brought forward by the BBC specially to keep people entertained during lockdown (and, unlike the previous two series, shown weekly rather than available to binge-watch), is closely guarded. And, while Gemma absolutely cannot, she says, give even a hint as to what happens between the show’s psychopathic killer Villanelle (Jodie Comer) and Eve Polastri (Sandra Oh), the MI6 operative on her trail, she will reveal she went on her own undercover mission on set – to sneak around Villanelle’s wardrobe. ‘Obviously, I had to see her outfits,’ laughs the Leeds-born actress, who is no stranger to a TV phenomenon, having starred as Yara Greyjoy in Game of Thrones. ‘Her clothes are just incredible.’

The fashion on Killing Eve has become almost as important as the storylines themselves – every outfit Villanelle dons is dissected, with brands including Alexander McQueen and Isabel Marant lending clothes for the show, while fans have been seeking out their own replicas of outfits such as the iconic bubblegum-pink Molly Goddard dress from series one. 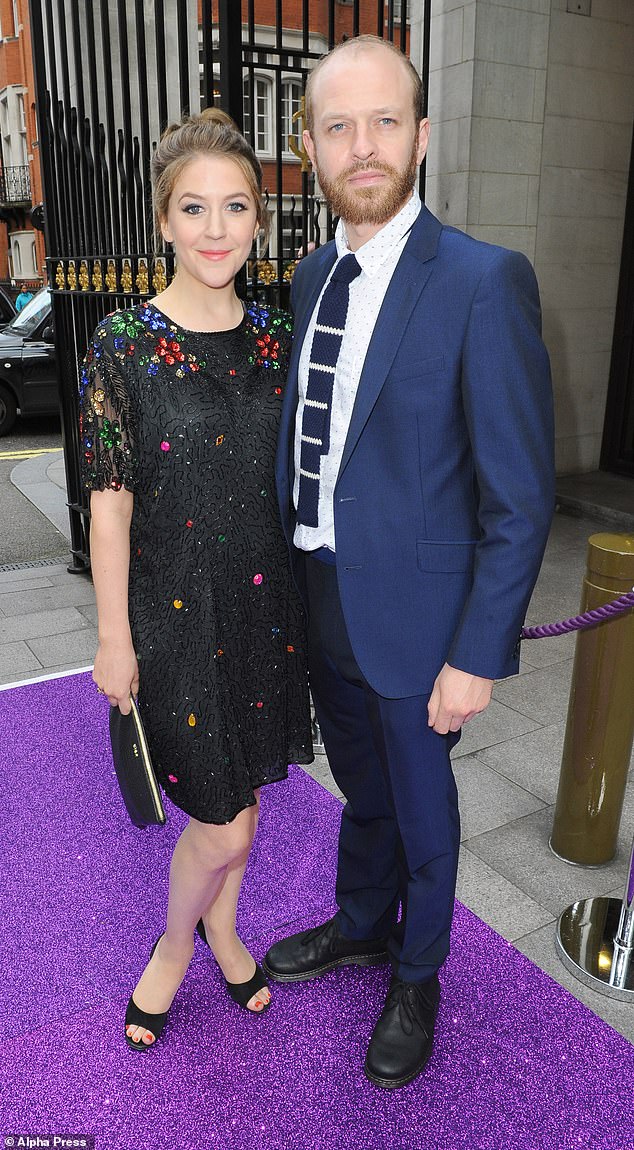 Gemma plays Geraldine, the daughter of ruthless MI6 chief Carolyn Martens (Fiona Shaw) and sister of computer whiz Kenny Stowton (Sean Delaney). While Geraldine describes herself as ‘an empath’, her mother is cold and standoffish, and they are both trying to process the killing of Kenny in the opening episode. ‘Geraldine is very emotional so she’s a total contrast to her mother,’ Gemma says. ‘It’s an amazing show to be part of and it’s exactly like being in Game of Thrones – you are absolutely sworn to secrecy about what happens.’

While much has been made of Villanelle and Eve finally kissing on a bus, Gemma isn’t surprised that many viewers wondered if her character might be romantically involved with one of the lead females. She laughs: ‘A lot of the women I’ve played have explored their sexuality, from Yara Greyjoy [the bisexual warrior queen] in Game of Thrones to Kate in Upstart Crow [Ben Elton’s critically acclaimed stage adaptation of his TV series]. And, of course, I was in Gentleman Jack [Gemma played Marian, sister of 19th-century lesbian diarist Anne Lister, in the BBC drama]. I can’t say what will happen in Killing Eve but we live in different times and that’s reflected in how characters are written, because good drama should reflect real life.’

Right now times could not be more different. Gemma and her family are getting back to the ‘new normal’ after her writer and comedian husband Gerry Howell, who works part-time in patient liaison at London’s Maudsley Hospital, was struck down by COVID-19 just after lockdown.

‘Tracking back it was fairly inevitable that he would have had contact with the virus because he works opposite King’s College Hospital where the first London cases were,’ says Gemma, speaking from her South London kitchen. ‘He didn’t feel well so he went into the spare room.

I put trays of food outside the door and neighbours kindly sent us round oranges, vitamin C and paracetamol. But the hardest thing was trying to keep our two-year-old daughter Frances out of his room and telling her that she had to stay away from Daddy.

‘It got pretty scary. By day five he was still really unwell and I wondered: “Is this the time I need to make a call?” but thankfully that was the low point. Frances and I had a few days of coughing so I think we’ve also had it but mildly, although none of us has been tested.’

As the 39-year-old chats to us she’s watching Gerry on all fours with a sheepskin on his back playing at being a hamster for his daughter. There’s a paddling pool blown up and waiting to be dragged into the garden and various craft and cookery items on every surface.

‘Like other families in Britain, and the rest of the world,’ she says, ‘we are trying to keep spirits up and following the rules about staying in and washing hands. We’re also ordering food from local businesses to try to support them.’

There’s a strong streak of stoicism in Gemma. Privately educated, she had a happy home life and excelled at dance, but as a teenager was hospitalised with anorexia. ‘I can’t exactly say why it started,’ she says. ‘It could have been to do with control. What I remember most vividly is that first day I was in hospital and a nurse said to me: “Most people don’t recover from this.” I was very ill but that shocked me. It felt like a challenge. I thought: “Well, I am going to.” I was lucky I had that mindset, plus incredible support. 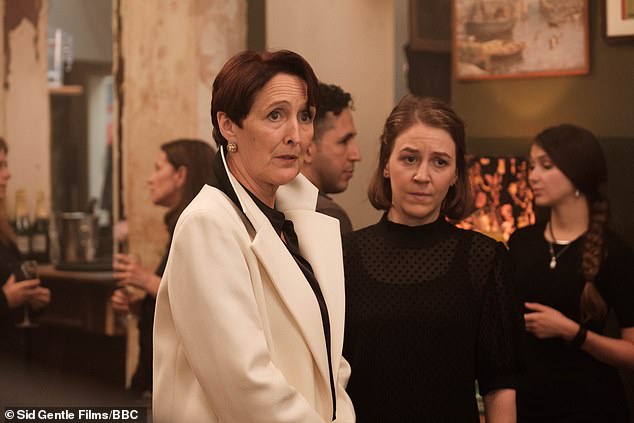 And with Fiona Shaw in Killing Eve

‘I hate to think of what I put my parents through, but that illness formed who I am now. Getting through it made me fearless; it made me want to never waste any time, and to put over a very realistic body image to other women. While I love to get dressed up for things like the Baftas, when I put photos of myself on Instagram I don’t wear make-up – I want to show who I am without any artifice. I think it’s a better message to send.’

After studying performing arts at Middlesex University, Gemma won a Funny Woman award in 2010 for her comedy, although she jokes that she ‘died on stage many times’. The following year she turned to serious acting like her heroine Olivia Colman and auditioned for a new drama, an adaptation of George R R Martin’s fantasy books, which, of course, we know now as the TV juggernaut Game of Thrones. ‘I didn’t think I stood a chance but I gave it my best shot,’ she recalls. ‘That job changed my life. It helped me make my mark as an actress. To be part of a show such as Killing Eve is not something I would have ever thought possible a few years ago. Let’s just hope once the world starts working again there will be more.’

Series 3 of Killing Eve is on BBC One and iPlayer