‘I missed being able to eat’: Man, 26, who received a face transplant describes his joy

When Cameron Underwood woke up in hospital with no face except for a forehead, eyeballs and tongue, he couldn’t believe what he was told.

Five weeks earlier, after hours of drinking on June 26, 2016, the then-24-year-old had taken a gun, held it under his chin, and pulled the trigger.

He had battled depression for years, and he had once pithily said to his parents that he’d considered suicide, but he didn’t think he would truly try to take his own life.

But there he was, waking up from five weeks of heavy sedation, alive against all the odds but with no face – unable to eat and talk, struggling to breathe, and ashamed to see anyone without wearing a mask.

He thought that was his fate forever.

He never expected that today, two years later, he would be eating, chatting, feeling confident – thanks to a face transplant, and the incredible heart of Sally Fisher, who agreed to let her son, Will, be a face donor after he died suddenly at the age of 23 following a battle with mental illness.

Tonight, footage of the moment Sally and Cam met for the first time will be screened on 20/20, with Sally weeping in disbelief as she embraces Cam, and Cam describing the small, unexpected joys of regaining a face.

Emotional meeting: Sally (right), the mother of donor Will Fisher, embraces Cam (left), saying he is the one thing that is helping her work through her grief

Transformation: Cam Underwood was 24 when he tried to take his own life with a shotgun while drunk in June 2016 – and he later could not believe he’d done such a thing. He lost everything below his eyes but surgeons managed to patch him up (left). On January 5, 2018, he was admitted for a face transplant (pictured, center, shortly after; pictured, right, recently) 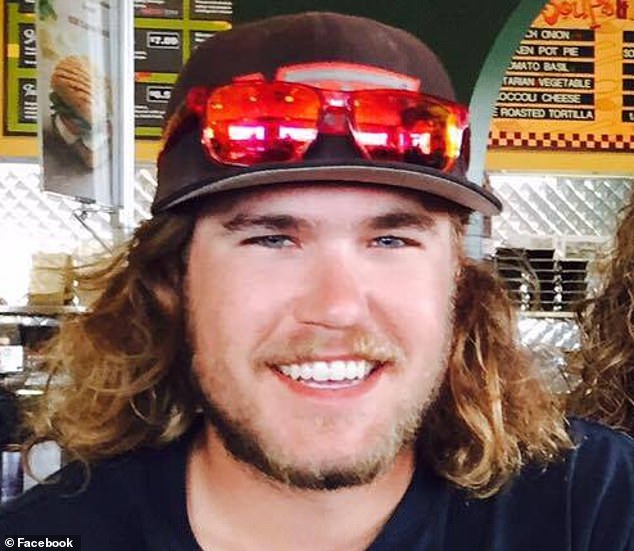 Before: Cam had battled with depression for years and was self-medicating with alcohol

‘I’m so glad you’re here,’ Fisher said to Underwood as the two hugged. ‘I’m so glad.’

Cam’s mother Bev Bailey-Potter – who was the one that found the face transplant unit – gasped saying, ‘Oh, Sally. Oh, my goodness, you’re the courageous one and giving my son the chance to be normal again. I mean, he looks so fantastic.’

Sally turned to Cam and added: ‘I know, you look beautiful. I guess I’m a little biased. I think you’re drop-dead gorgeous.’

Cam, now 26, said learning to use his mouth teeth and lips is ‘just like a baby learning to talk.’

‘I can smile, I’m working on closing my lips all the way, they don’t close all the way… but they’re getting there,’ he said. ‘They’re a lot better than they were.’

Above all, he relishes ‘being able to actually eat.’

‘Just to let it sit in your mouth and taste it,’ he said. ‘All those little things that we take for granted that you know, you miss and you want back.’

Speaking to Sally he said he was ‘very grateful’.

He said he hopes sharing his story will deter others from trying to take their lives – or to seek help if they experienced a similar situation.

‘I just want people to know that it can happen, you know? That if you’re in the same kind of situation that I was in… there’s people out there that can help you and will. You just have to reach out,’ he said.

His goal now is ‘that I can get back to work… and you know, eventually I want a family and kids… you know, the American dream.’

WHAT HAPPENED TO CAM?

Cam was a welder from Yuba City in Northern California.

According to the ABC report, screening on Friday night on 20/20, he was athletic, hard-working, and a thrifty saver.

As soon as he graduated high school, he got a job working for his stepfather, and by 19 he got a mortgage on a house.

The next few years were rocky, though. 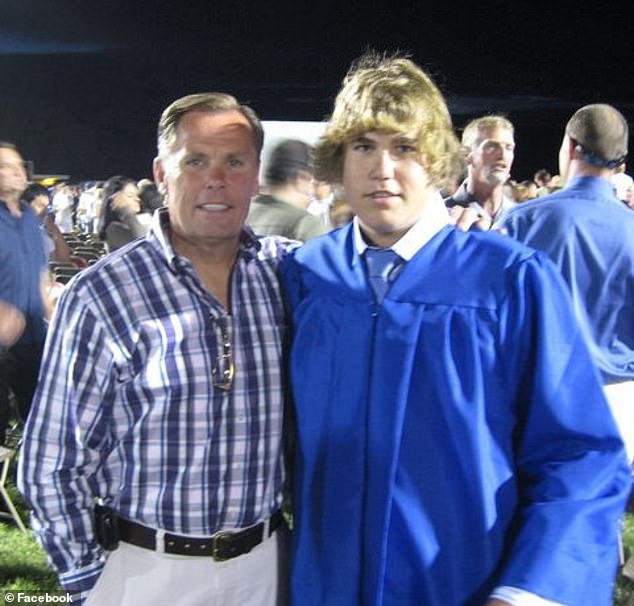 Randy Underwood, Cam’s father, said Cam has always been strong, with determination and tenacity, and he is sure Cam is going to come through this ordeal 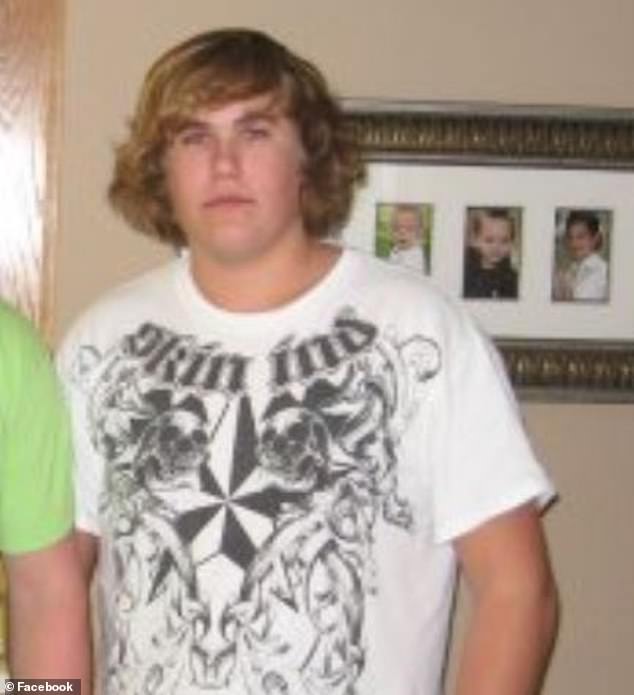 Once Cam graduated high school, he got a job working for his stepfather, and by 19 he got a mortgage on a house. The next few years were rocky, though, as he experienced losses and battled with depression

He and his high school sweetheart separated after years together, and he lost touch with one of his closest friends, which seemed to hit hard.

One of his brothers (he is the youngest of four, with two brothers and a sister) moved away, and he was soon diagnosed with depression.

He started to drink a lot, and recoiled from any of his relatives’ attempts to get him to ease off.

On June 26, 2016, he spent the day hitting the bottle – something that had become commonplace, he tells People and ABC.

But that night he entered a vortex that sucked him further than before, and he thought he should end his life.

He pointed a shotgun under his chin and pulled the trigger, obliterating his entire face.

HOW DOCTORS SAVED HIS LIFE

Cam was found by his uncle Lonnie, who’d received a text from Cam asking him to come over and spend the night.

Lonnie went round straight away.

‘I got to his house and all the lights were on, which I expected,’ Lonnie said. ‘Door was unlocked, I walked in… nobody in the living room.’

Once he reached the bedroom he discovered blood everywhere and Cam struggling – very much alive and staggering around.

Lonnie says he ‘went into a state of shock’ and called 911.

Cam was airlifted to University of California Davis Medical Center, where doctors got to work. 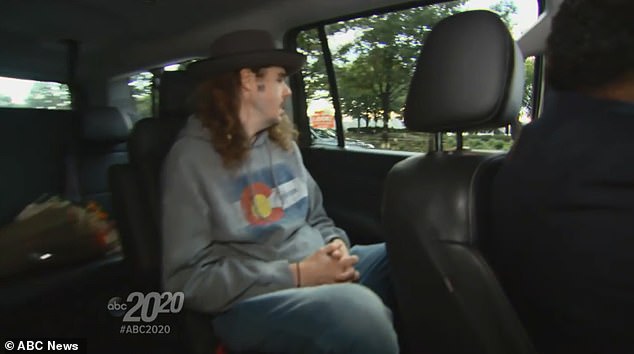 Cam in the car on his way to meet Sally, his donor’s mother, on a Manhattan rooftop

After numerous surgeries he was stabilized, but his face was gone.

‘They told us he had … no teeth, no chin, no cheekbones, no facial structure… nothing,’ his father Randy Underwood told ABC.

‘It really wasn’t a face… it was pretty horrific,’ his brother Aaron Underwood added.

At first he was in a medically-induced coma, then very heavily drugged for just over a month.

Finally, in August 2016, he was lucid enough to understand what had happened, and to see his face for the first time.

‘When I woke up, I didn’t know what was going on, where I was, what had happened to me,’ he said – adding, painfully: ‘I was shocked that I would actually do something like that, and that I had survived.’

Cam stayed in the hospital until December 2016. Once he was discharged, he wore a mask all the time.

FINDING A FACE TRANSPLANT UNIT – AND A DONOR

Shortly after he was discharged, his mother Bev heard that surgeons at NYU Langone had performed a face transplant on a former firefighter, Patrick Hardison, who was maimed by a burning roof that fell on him. 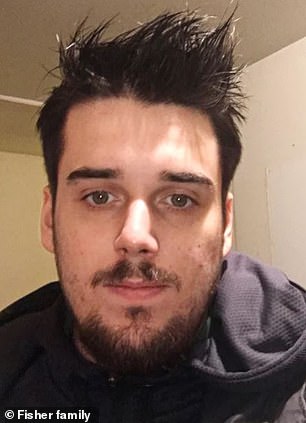 Donor: Will Fisher, 23, was a writer, filmmaker, chess player who studied at Johns Hopkins University. He was described by family as wise beyond his years. He died suddenly in January 2018 after a battle with mental illness

She got in touch, and in March 2017 Dr Eduardo Rodriguez took him on, starting the lengthy procedure to get Cam enrolled, including physical screening, psychiatric screening and counseling, and getting him on the transplant list.

Finally, in January this year, he got the bitter-sweet call all transplant hopefuls yearn for: they had a candidate.

His mother Sally was consulted as doctors found he would be able to transform multiple lives with his heart, liver, kidneys, and eyes.

To donate his face, though, the surgeons need more than for him to be signed up to the organ donor registry. That required a conversation with his mother.

Will, described by his family as wise beyond his years, was just a bit younger than Cam when he died. He had the same skin tone, skull size, hair color, a full set of teeth and the same blood type.

As soon as he received the call, Cam flew directly to New York from California and that night he underwent the 25-hour surgery that changed his life.

A team of 100 doctors worked through the night to connect the muscles, tissues and blood vessels.

‘Often people think it’s just like putting on a mask… it’s not that simple,’ Dr Rodriguez told ABC. ‘The face needs to fit like a puzzle – and that’s a tricky thing because we hit the point of no return.’

POST-SURGERY: REBUILDING HIS LIFE AND MEETING HIS DONOR’S MOTHER

A face transplant is a life-threatening procedure, and it’s not clear how long one can live after the surgery (as far as Dr Rodriguez knows, it may be capped at 10 years).

Cam says he knew all of that but he never saw it as a choice – it was his only option to reclaim his life.

As soon as he saw himself after the procedure, he remembers thinking: ‘Wow… that was breathtaking. And I was just blown away, relieved… and excited all at the same time.’

He still battles depression, but he has therapy and takes medication. ‘[I]t’s not a daily fight anymore… but yeah, there are still days when I am depressed,’ he said.

For Will’s mother Sally, Cam is the one thing that helped her worked through her grief.

She told People: ‘I don’t think I would have survived Will’s death if it wasn’t for Cameron. Cameron’s got his whole life ahead of him — and I love the idea that Willie’s helping him have a better life.’ 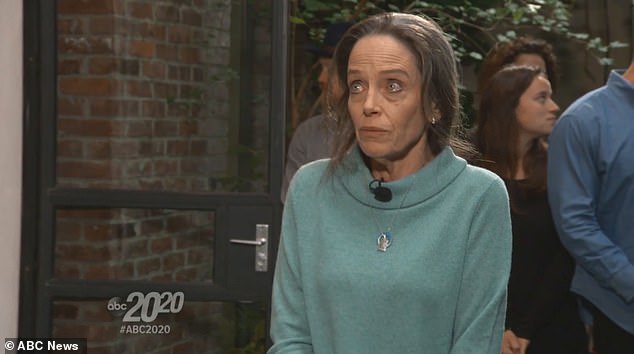 For Will’s mother Sally, Cam is the one thing that helped her worked through her grief 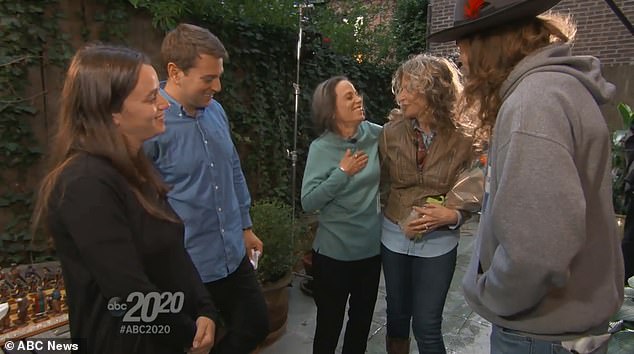 HISTORY OF FACE TRANSPLANTS IN AMERICA

Face transplants became possible in 2005, when French surgeons performed a partial one on Isabelle Dinoire, who had been attacked by a dog.

America was still a few steps behind.

That same year, Cleveland Clinic proved it was possible, and got licensed to perform the procedure.

In December 2008, they did so, performing a near-total face transplant on Connie Culp who had been shot in the face by her husband years prior.

The operation took 22 hours. It was the first in the world that also involved bone and nerve reconstruction.

James Maki was 59 when he received a partial face transplant, after being electrocuted by railway tracks when he fell in a Boston station in 2005.

Now 67, he can make facial expression and eat crunchy food thanks to new dentures.

Dallas Wiens lost most of his face to burns after his head hit a power line while he painted his church.

Mitch Hunter lost most of his face to an electric shock in a car crash in 2001.

He can now feel his entire face, and is speaking better and better.

Charla Nash lost her nose, eyelids, lips and hands in 2009 when she got attacked by a chimpanzee that belonged to a friend.

Richard Norris accidentally shot himself in the face at the age of 22 in 1997.

He lost his nose, cheekbones, lips, teeth and jaw.

His operation lasted 36 hours, and was the most extensive to date.

Andy Sandness tried to take his own life with a rifle two days before Christmas in 2006.

He survived, and was put on the path to getting a transplant.