I was due an iPhone 11 to be delivered. When it arrived, I opened the box and eight screws were in the box with the Sim card.

I asked Sky to investigate and it took weeks of it chasing DPD for it to finally tell me they think I am lying and I actually have the phone so I have to pay the three year contract.

It admits the weight on the parcel is wrong but no one will answer my simple questions and it has now closed the case and is demanding a payment every month.

I need help proving I do not have the phone, I have been to the police who are investigating further as Sky advise the phone has been turned on but can’t tell me where this was and it admits it wasn’t with the Sim that was sent out with the phone. L.P., via email

Grace Gausden, consumer expert at This is Money, replies: The situation with Sky was driving you nuts after you claim the iPhone you ordered never turned up.

You ordered an Apple iPhone 11 64GB on a 36 month contract in October for £20.12 per month. The order also included a 6GB data Sim from Sky.

However, you were confused after the box arrived but no phone.

After speaking to both Sky and DPD, which delivered the parcel, it said it had to launch an investigation before deciding whether to take action.

You add the parcel weighed 186g and not the 1.04kg certified on the package by DPD.

After weeks of looking into the situation, it finally confirmed that the day after you supposedly received your phone, the iPhone 11 was activated using a Vodafone Sim.

In light of your complaint, the firm blacklisted the device meaning no calls, texts or data could be used.

However, Sky said you should file a police report about the stolen phone and see what they could do for you while it continued its own investigation.

Finally it came back and said it couldn’t help and believed you had the phone.

As a result, it asked you to pay the monthly contract which would have cost you a total of £724.32.

You’ve been a customer of Sky’s for eight years paying almost £100 a month for TV and broadband and were infuriated when the firm said you had to pay the three year contract you have taken out.

As a result, you cancelled your Sky TV and broadband as you didn’t want to give it any more money.

I contacted Sky to see what had gone up and if it had proof as to why it believed you had the phone.

A Sky spokesperson said: ‘We’re sorry for any distress caused to Mr P by this delivery issue. According to both our own investigation and DPD’s, the package arrived on time unopened and undamaged.

‘However as a gesture of goodwill we have sent a replacement iPhone to Mr P. We also understand Mr P has contacted the police to report a stolen device and we’ll assist any enquiries made by the authorities.’

Sky added that it credited one month’s Sky TV bill to your account as another gesture of goodwill.

Fortunately you were able to get the phone you ordered and received an apology from Sky for it screwing up – but are still concerned how a situation like this can happen. 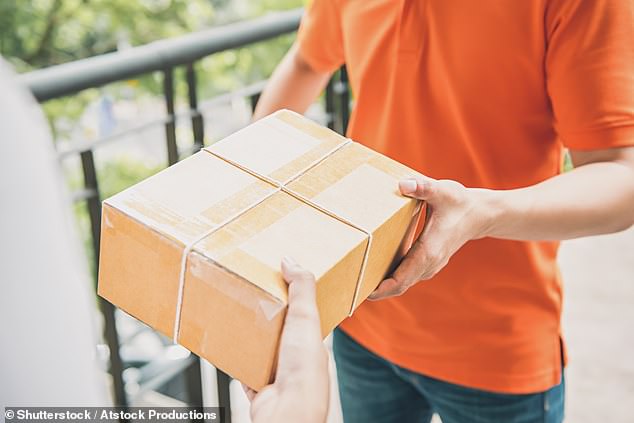 ‘Hermes won’t repay me despite losing my parcel’

I recently upgraded my mobile and decided to sell my old one on Facebook Marketplace for £200. I was contacted by a buyer outside my local area who offered to buy and pay postage.

It is not something I would usually do but had a quick look online and saw that via Hermes I could drop it to a local shop and it would deliver it for me which I duly did.

I had been following the progress of the parcel on their website and it didn’t seem to move anywhere. I contacted it, as the recipient had also contacted to say it has not been received.

It came back to say it was lost and that I should provide a refund to the person and complete a claims form. After a number of weeks and after I had provided details, it came back and gave me £20 plus the cost of the delivery at £3.85.

It cited I should have paid for insurance to protect myself against them losing the parcel but this seems astounding to me. J.B., via email

Grace replies: It seemed completely unfair that Hermes could lose your property and then suggest it was your fault for not purchasing insurance.

Receiving just £23.85, instead of the £200 value of the Huawei P30 Pro, was insulting and you were shocked this was all it was willing to do.

I contacted Hermes to ask why it wouldn’t refund the full amount and how it had managed to lose the phone in transit.

A Hermes spokesperson said: ‘We have been in contact with Mr B to apologise for any inconvenience and provide him with a gesture of goodwill to cover the cost of the phone.

‘Hermes successfully delivers over two million parcels per day and loss is rare.

‘Items sent through the network automatically come with £20 cover as standard and like every other carrier Hermes offers its customer the option to add additional cover for high value items for a small fee.’

While you now have the money back, the buyer is still left without a phone and it has not been confirmed whether she received the £200 back.

There are also some items which are not covered by Hermes including laptops, televisions and jewellery. Customers can check which items are covered or not on its website. 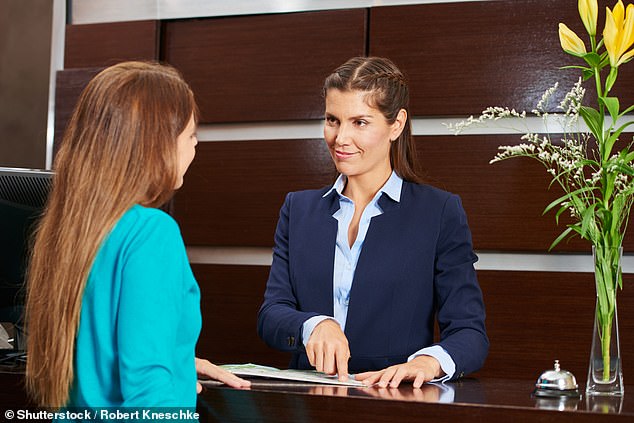 Annoyed: An Expedia customer was left frustrated after she was charged twice for hotel stays

Miss: This week, Expedia has been criticised by customer, Christine.

She said: ‘I booked a hotel room at Travelodge via Expedia for November in order to attend an England Rugby match at Twickenham. I received confirmation for the correct hotel from Expedia after paying £132.76 including cancellation insurance.

‘However, on arrival we were told there was no booking. I was told to contact their central booking team. I was told the booking had been made for the Travelodge at Greenwich so I had to book and pay for another room at Hounslow costing £102.49.

‘When I returned home I contacted Expedia and requested a refund.

This decision by Travelodge and Expedia seemed very unfair as you were not the one to book the wrong hotel and you had also taken out insurance just in case you had to cancel your booking.

I asked Expedia why it refused to refund you when the error was not yours.

An Expedia spokesperson said: ‘At Expedia, good customer experience is our main priority, so we want to apologise to the customer for this incident.

‘We are working with the hotel partner to ensure this will not happen again and can confirm that we are refunding the customer in full for their bookings.’

Thankfully, you will be receiving your money back soon but were left frustrated you had to tackle the firms over this mistake.

He said: ‘I have had one of Ledlesnser’s P7 torches for a number of years and it is well out of warranty.

‘The switch is now faulty so I wrote to Ledlenser to see if I could purchase a new one.

‘I got a reply almost immediately to say they were sending me a new replacement cap and battery compartment free of charge. Very impressive.’

It’s good to shine a light on a company with good customer service.