‘I regret absolutely nothing’: Caroline Flack in her own words

She’s been labelled ‘Queen Cougar’ by the press and endured endless speculation about her love life. But here, in a refreshingly honest open letter, Caroline Flack says the shamers are wasting their breath

There is a phenomenon known as nominative determinism – where someone’s name seals their fate. Could that be the reason why Love Island anchor Caroline gets so much bloody Flack? Barely a week goes by without the larky, sparky presenter getting it in the neck in the press and on social media.

The question is, why?

On screen, Caroline is the sympathetic big sister listening to the coupled-up contestants’ romantic travails in their sun-kissed Spanish villa. Yet in the gossip columns she’s a whipping girl for everything that’s (apparently) wrong with female emancipation.

Her 21st-century crimes include but are not confined to: being 39, being single and wearing short skirts when she’s in Majorca – and sometimes even in Britain. Most damning of all she’s a cougar who (whisper it) goes out with younger men. How very dare she? Never mind that she’s a 5ft 2in slip of a girl-woman with incredible legs. Or that guys invariably gather round her like bees to a honeypot. 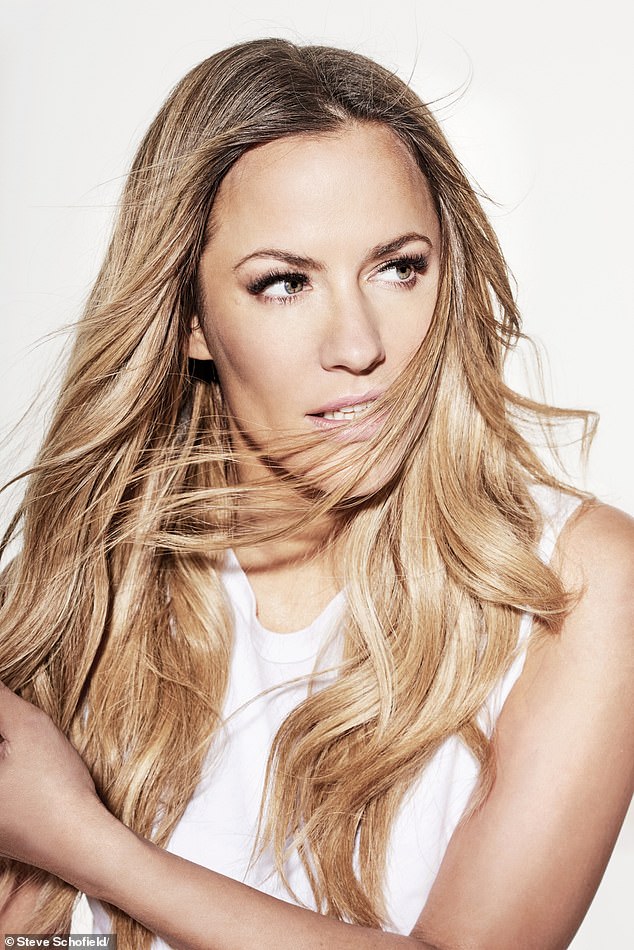 The stories started swirling around Caroline back in 2011 when the former X Factor presenter had the temerity to date Harry ‘One Direction’ Styles. He was 17, she was 31 – and the world tilted on its axis. The tweenager outrage was matched only by the press hysteria. The couple broke up, but there was no let-up. She was crowned Caroline the cougar and became notorious for dating a string of younger men.

But behind the headlines is a woman who has been hurt – most recently by last summer’s split from her fiancé Andrew Brady, a 27-year-old contestant from BBC One’s The Apprentice. She has always adopted a rather admirable show-must-go-on approach but, rather unfairly, that stoicism hasn’t endeared her to critics who continue to carp. Nevertheless, as she approaches her 40th birthday this November, Caroline is the first to admit she has much to be grateful for. So what if Mr Right hasn’t led her to the altar? Life isn’t a Bridget Jones novel and nobody has the right to judge. Her relationship woes haven’t diminished her zest for life.

So let’s just ditch the cougar label and see Caroline Flack for who she is: an unconventional poster girl for women who refuse to feel stigmatised about the age of their dates or the length of their skirts.

CAROLINE IN HER OWN WORDS

My 13-year-old niece came home from school the other day and asked her mum, my twin sister Jody, ‘What’s a cougar?’ No prizes for guessing who was being discussed in the playground at lunchtime. Me, that’s who. My sister explained what a cougar was and my niece asked about the male equivalent. When she discovered there wasn’t one, she was very confused. She has a lot to learn about the shockingly different standards applied to men and women. 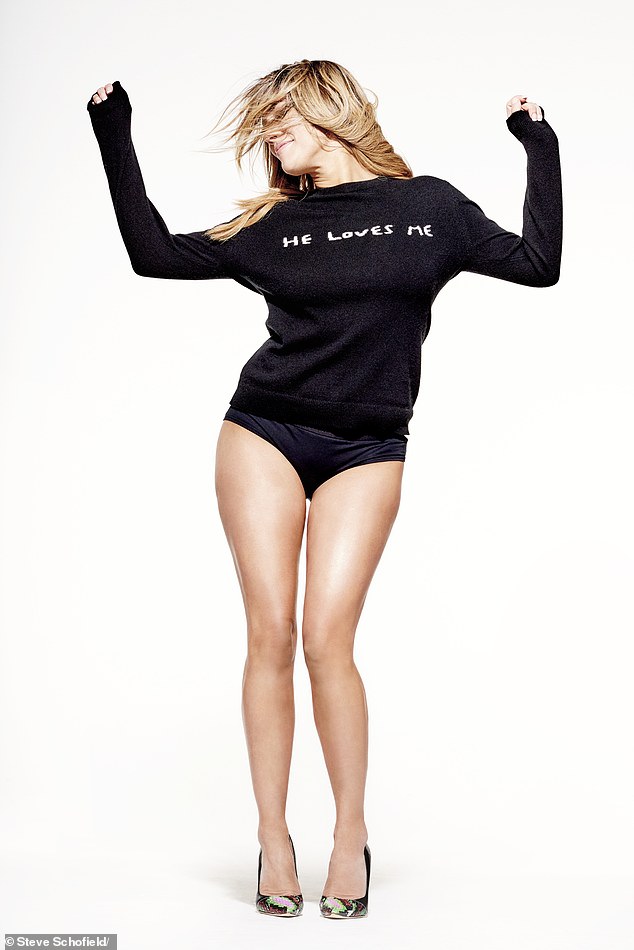 My current status in a lot of the media is not just that I’m a cougar, I’m Queen Cougar, which I guess is something I’m supposed to be ashamed of. But the thing is, I’m just not. Though, like everybody, there are obviously certain decisions I’ve made in my life that if I had a hot-tub time machine I might not make again… or maybe, actually, I would. Because as much as some people seem to want me to feel shame or embarrassment about who I am, I really don’t. And if ‘cougar’ is supposed to be some kind of insult, I’m taking control of that and turning it into a badge of honour. I’m Caroline Louise Flack and I’m Queen of the Cougars.

I might sound exasperated but, honestly, I find it amusing rather than annoying. I will never play the victim card; I have a great life and nothing to complain about. Whenever I read about who I’m allegedly dating, I just shrug it off. Besides, I can stand by a lamppost and people would say I’m engaged to it. As long as it was built in the last 30 years.

I absolutely loved being engaged [to Andrew] but things didn’t pan out and that caused me pain; of course it did. I’m a person not a caricature. It was a sad time when I broke off my engagement and I was hurting. I coped the way I always do – I cried in private and did my grieving behind closed doors. Then I put on my make-up, painted a smile on my face and kept my head up high in public. I know that people wanted to see me having a breakdown but I refused to oblige. That doesn’t make me a fraud, just human.

Just because something comes to an end doesn’t mean it was a failure – everything has its time. And now I want to remember the good stuff about that relationship and to be glad that it happened. Heartbreak hasn’t left me disillusioned or afraid to open my heart again. I’m still an optimist when it comes to love; I always see the very best in people and situations. I absolutely believe in love and there’s no better feeling than when you’re falling for someone. I’ve had many great relationships. I’ve been very lucky!

One thing I have learnt is to police my own boundaries and not to expose so much of myself on social media. I was so in love [with Andrew] and it all felt so blissful that I wanted the world to know. I wore my heart on my sleeve; I overshared and posted loads of pictures on Instagram. That’s a lesson I won’t forget; I must always keep something back. Since then I’ve been ‘linked’ to every younger man I’ve had so much as a conversation with. And lucky me, I’m not about to live a mind-numbingly boring existence to please other people.

Other people obsess about my relationship status and whether or not I’ll have children far more than I do. That’s my own business. There are lots of other things going on in my life and love comes in many forms: a passion for what I do, the joy of creativity, family and friends. 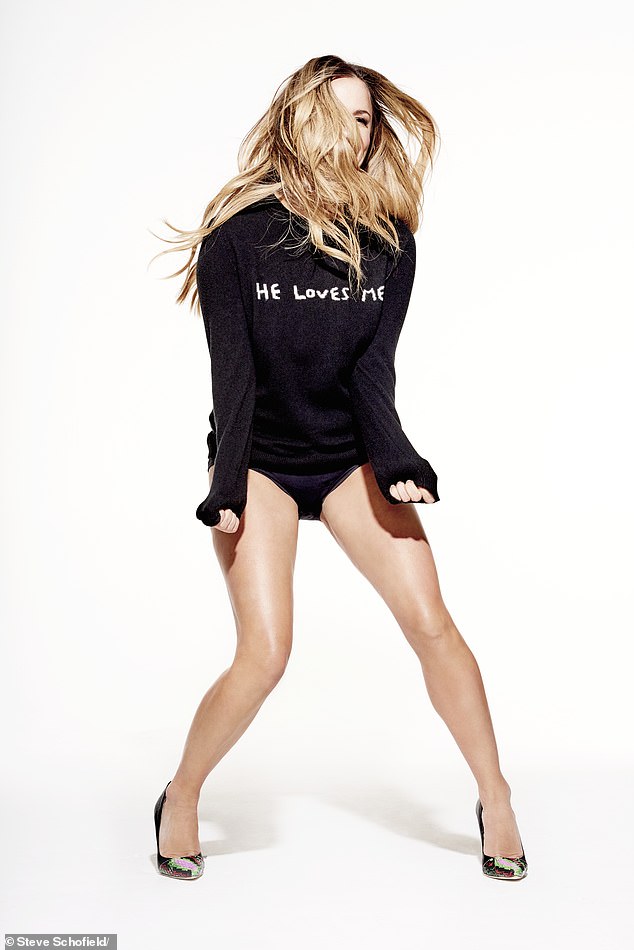 I feel as though my nieces and nephews are a little bit mine. I’ve been around them since they were born and my maternal urges are met by hanging out with them – they are such great kids. My twin Jody and I are as close as it’s possible to be and we have great relationships with our brother Paul and sister Elizabeth, so much so that we are organising a week-long countryside trek together. We are planning to walk and talk and say all the lovely, heartfelt things to each other that people often don’t get the chance to say until it’s too late. That isn’t meant to be morbid! I’m sure it will be very funny as well.

While everyone else was obsessing over my relationship status I got the chance to stick on some red lipstick, black fishnets and killer heels. No, I wasn’t trawling a nightclub looking for young men, I got to be the woman I’ve wanted to be for ages – Roxie Hart in the stage version of the musical Chicago. I had it coming… I was in the middle of training for the Strictly Come Dancing Christmas Special when I got the offer. They told me I had just eight days to rehearse, which was the same amount of time it took to learn my first Strictly routine. The great thing about this world is that pressure makes me work even harder. For eight days I didn’t see or speak to anyone and got the chance to do what I always wanted to do: perform in the West End. The great thing about becoming Roxie Hart was that I got a chance to heal, while she got to perform – it was the perfect distraction.

The truth is I rarely go out partying, and when I do it’s not because I’m ‘on the pull’ or ‘on the prowl’. My social life usually revolves around dinner at friends’ houses or friends coming round to mine for dinner – if we’re lucky my lovely friend Gizzi [Erskine, the hipster chef] will cook because otherwise we’d be eating spaghetti bolognese every time. I can make an omelette for breakfast but I’m not a natural in the kitchen. If you need proof you can watch me on Channel 4’s Stand Up to Cancer Celebrity Bake Off, when things went so badly wrong that I laughed so much I cried and stood there, great streaks of mascara running down my face. My showstopper was a hideous mess of ganache. I probably should have marched home and forced myself to master the art of baking but actually it’s put me off for ever. Plus, I can always count on Gizzi. 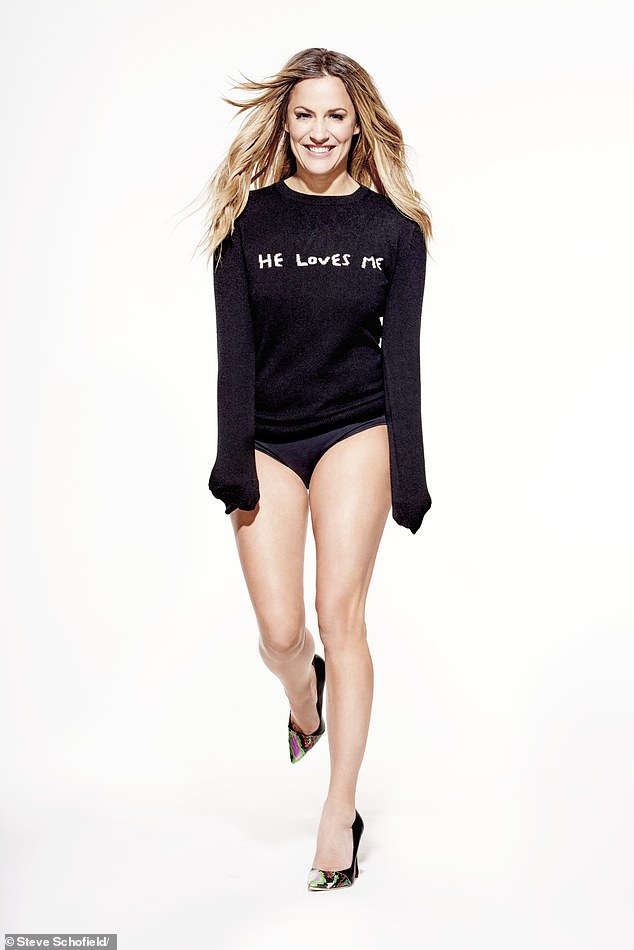 In my circle of friends, we all love what we do and we approach our work with a sense of purpose. My best friend Josie set up the Help Refugees charity and is doing so much good in the world; her Choose Love slogan T-shirts are everywhere and whenever I can help in any way I do it. She is tackling the real problems in the world.

I haven’t got any advice for my younger self because, looking back, I regret absolutely nothing. I could date someone who’s 20 or someone who’s 104. I don’t care, as long as they’re nice. Actually, if I’m going to be completely honest here, I do have one regret… cutting a fringe. 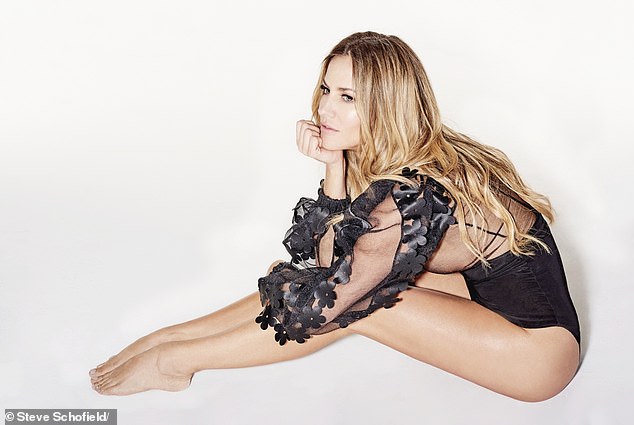