‘I see the face of a terrorist in my daughter’: London Bridge attacker’s widow reveals her struggle

The widow of one of the terrorists who rampaged through London Bridge says she sees the attacker’s face in their daughter while she raises her in hiding.

Charisse O’Leary was married to jihadi Rachid Redouane and is haunted by her child’s physical resemblance to the killer.

The 41-year-old mother from Dagenham, east London, told The Sun: ‘It breaks my heart that I can see the face of a terrorist in our daughter. She looks just like him — but there is goodness in her.’

She added that if the ‘disgusting’ murderer was alive now she would kill him herself. Ms O’Leary was unaware of her partner’s radicalisation until police burst into her home after eight people died in attack on the capital in June 2017.

Redouane (pictured with Charisse O’Leary on their wedding day) was one of three attackers who rampaged through London Bridge in 2017, killing eight people

Officers arrested her on suspicion of terrorism but dropped the investigation. Her estranged husband, 30, along with accomplices Khuram Butt, 27, and Youssef Zaghba, 22, were lawfully killed by police during the attack, a coroner ruled last week.

Ms O’Leary revealed that Redouane took their daughter, then 20 months old, with him to pick up the van he’d use in the deadly attack, bringing his toddler to meet his accomplices while his wife was at a barbecue.

The heartbroken mother branded the killers ‘monsters’. She said her husband even refused to change their child’s nappy that day, returning her soaking wet because ‘he had wanted to stay clean and holy’. 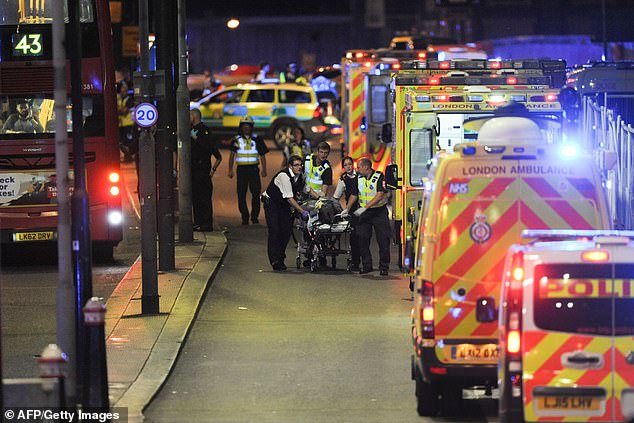 Pictured: Police at the scene of the London Bridge terror attack in June 2017, when Islamists rammed into crowds with a van before running through the street to stab people

He returned the daughter to her mother just three hours before he unleashed the terrifying knife and van attack.

As he handed over £50 to her, Ms O’Leary reached out to thank him, but he dodged her in an apparent move to preserve his supposed purity before martyrdom.

Nine hours after the attack, police barged into her home, which was then in Barking, East London. 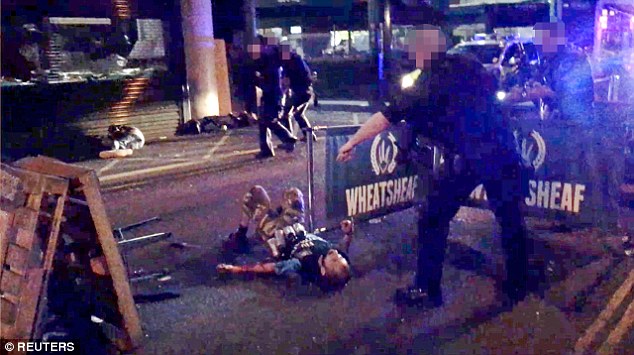 She described the ordeal as terrifying and said she burst into tears during the SWAT team raid.

Ms O’Leary, who refused to have her daughter raised as a Muslim, only found out about the previous night’s slaughter when officers told her about the attack.

She screamed at police as she hoped they’d made a mistake and was left wishing that she was dead as they revealed the awful truth. 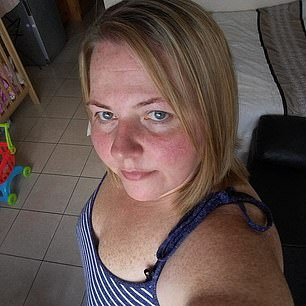 ‘People were dead,’ she said. ‘I was thinking about their families wondering who they were. I prayed they weren’t children. I couldn’t sleep, I couldn’t eat. The night felt like it went on for ever.’

Officers released her after 36 hours and told her that she’d face no further action. But she said her life was left ‘in pieces’ as people told her that she and her daughter should be ‘sent to Syria to die’.

Ms O’Leary says she feels sad for the victims of the attack every single day and that she and her daughter are victims too.

Her family regarded Redouane with suspicion after she met him in a club back in 2010.

She says that some relatives were furious she was dating a Muslim and one even called him a shoe-bomber before eventually accepting him. 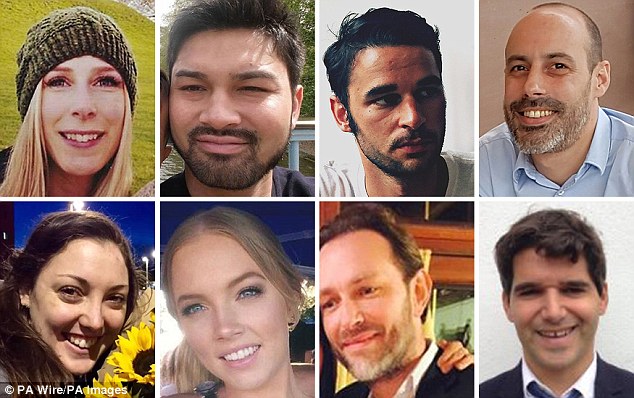