Alana Underwood, 25, revealed how she and her boyfriend Kevin, 32, had been together for three years when she told him she was bi-curious and wanted to experiment, leading the pair to meet Megan, 35.

The group, who live together in Santa Ana, California, told Phillip Schofield and Holly Willoughby that they have been together as a throuple for three years and share the same bed, rotating who sleeps in the middle each night, insisting there is no jealousy between them.

Viewers were captivated by the throuple’s story, but some joked their bedtime routine sounded like a hassle.

Alana Underwood, 25, from Santa Ana, in California, revealed how she and her boyfriend Kevin, 32, had been together for three years when she told them she was bi-curious and wanted to experiment, leading the pair to meet Megan, 35

Kevin gave more detail about how she and Kevin went about opening their relationship to a third person.

‘Alana and I were together for about three years before Alana did come to me and mention that she was bi-curious,’ he said, adding that his partner ‘wondered if I wanted to come on that journey with her’.

‘So we downloaded an app and we found Megan. And we’ve been together almost three years now,’ he added.

Megan said she has always been bisexual, but joined the app because she wanted to experiment more with men. 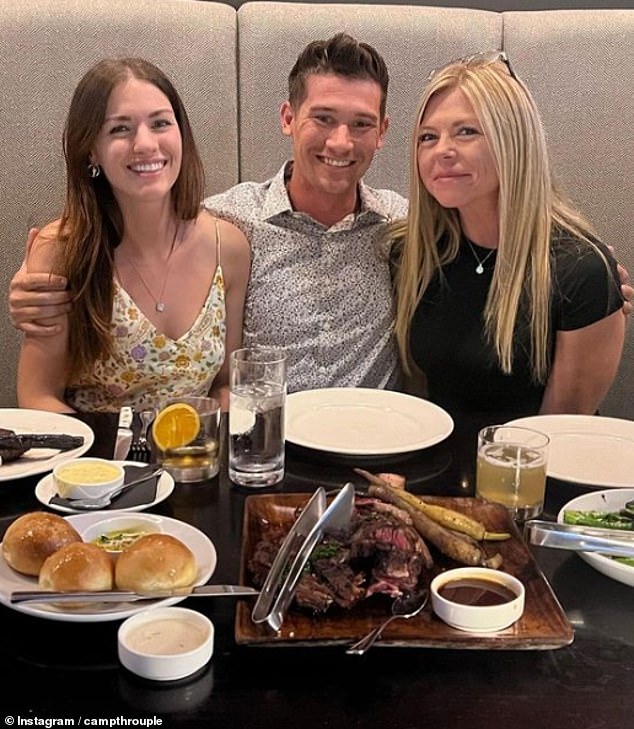 Alana told Kevin she was bi-curious after three years of dating, leading them to meet Megan, right 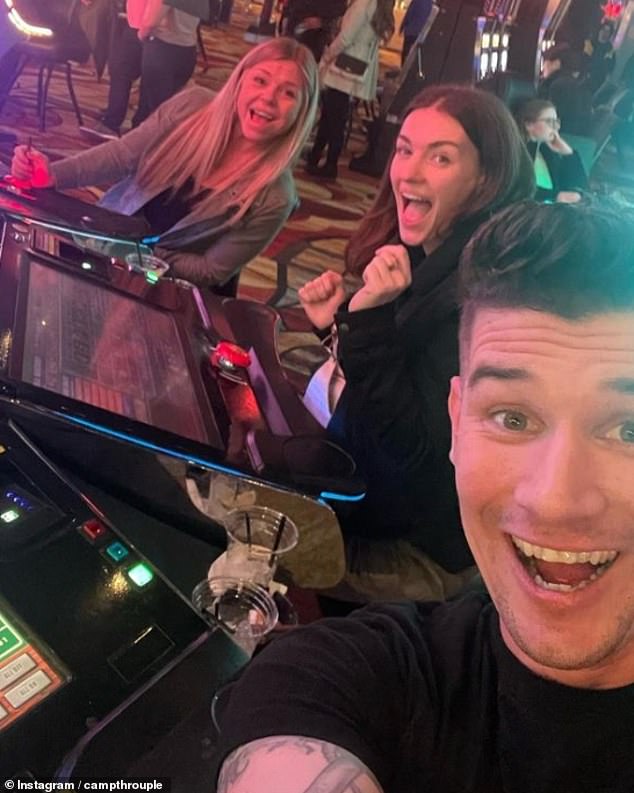 ‘It was really out of curiosity that I tried something like this. I really wasn’t expecting it to turn into love,’ she told Phil and Holly.

Alana said she wanted to explore her bi-curiosity and that she felt strong enough in her relationship with Kevin that it was ‘comfortable’ to suggest exploring it.

She added that she wanted to ‘confirm’ to herself she was really bisexual and that it’s ‘been really awesome’.

Kevin added that he and Alana had ‘a very strong line of communication.

‘She brought it up to me and she had made comments here and there,’ he said, revealing that Alana was at pains to stress that she didn’t want to leave him.

‘She wanted to go through this and wanted to do it with me,’ he said.

Holly Willoughby and Phillip Scofield, left, heard how the throuple came to be on This Morning today

‘Meghan was the first person we ever met, first time we ever done something like this,’ he added.

‘It fell right in the first week in lockdown and quarantine, so it was hanging out at the house, it was very intimidating,’ she admitted.

‘Because it was my first time trying something like this, I was a nervous wreck. I don’t think it was so awkward, it think we felt comfortable.’ 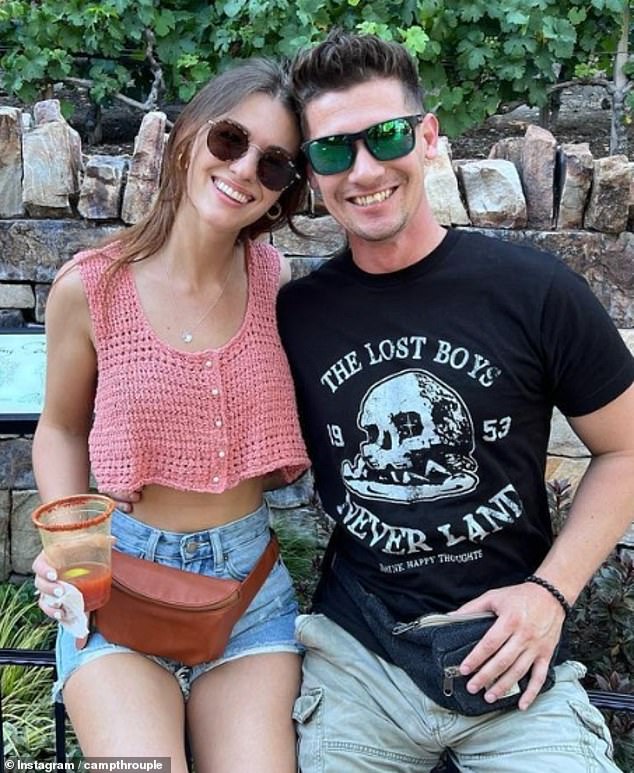 Alana and Kevin had been together for three years before meeting Megan. Alana said she felt comfortable sharing the fact she was bicurious with Kevin

‘Jealousy is not really an issue. In the beginning we had some things we had to get used to. Now we equally have love for each other,’ Kevin said.

‘We led with love and met people where they were,’ Kevin said.

People were captivated by the throuple’s story, with some noting that their sleeping arrangements were a hassle

‘We didn’t have a crystal ball in the house, we’re not mind readers either,’ he joked, talking of how the throuple had to learn to be open with one another.

Alana, Kevin and Megan revealed they sleep together in a big bed, and decide who sleeps in the middle by rotation.

‘We do this thing we call the Mac n cheese method – because we’re M, A, K, so every night we switch who is in the middle,’ Megan explained.

‘Last night it was you,’ she said, pointing to Kevin. ‘So now I’ll be in the middle tonight, and then we just rotate.’

Watching the group talk of their love story, viewers shared their thoughts on their arrangement.

‘That bedtime ritual sounds like a propa faff,’ one said.

‘I’ve always said one is enough let alone the hassle of two,’ one joked.

‘That no, we’re not jealous had too much gritted teeth about it,’ one said.

One said they wouldn’t advertise the fact they are in a throuple on national TV, while another joked it was a good way of splitting the bill.