‘I thought I was normal, not a problem drinker’

Two and a half years ago, I was 24 and living what should have been my dream life in London. I had a marketing job that I loved, loads of friends and enough disposable income to go out several times a week. And alcohol was part of that socialising. At the end of a tough day I would think nothing of drinking a bottle of wine (or two) or a few two-for-one cocktails – frequently until 1am on a weeknight – and I kept a bottle of vodka at home for ‘emergencies’.

But I often had blackouts. I can’t count the number of times I had no idea how I got home or woke up my housemates because I was so drunk I couldn’t use my key to get into the flat. I dreaded the question, ‘Do you know what you did last night?’ because 90 per cent of the time I couldn’t remember. I’d see photos on my phone I had no recollection of taking and phone numbers of men I didn’t remember meeting.

‘Gradually, I realised that alcohol was making my anxiety and depression worse, not better,’ writes Laurie McAllistair

I didn’t see myself as a problem drinker, though. I just thought I was drinking like every other 20-something. I also reasoned that alcohol helped me to escape my depression. Four years ago I started to struggle with very low moods and uncontrollable negative thoughts, for which I was prescribed medication by my GP. This helped, but drinking alleviated my worries even more.

Gradually, though, I realised that alcohol was making my anxiety and depression worse, not better. The blues and panic might lift for a few weeks, but then reappear more severely than before. Having a drink felt like an escape, but the morning after was another story. Even a slight hangover would put me on edge.

So, in early 2016, I decided to give up alcohol for 90 days. I had booked to run a half marathon in May and used the training to motivate myself to stay booze-free. I managed 72 days sober. By late March I was drinking again and the practice runs when I was hungover were horrible. I learned my lesson and didn’t drink the week before the race – or to celebrate afterwards – and it felt good.

From then on, I started to pay more attention to how I felt when I was drinking and when I wasn’t. I discovered that drinking equalled being out of control (it was at this point I discovered I was no good at ‘just the one’) and increased my anxiety. Not drinking meant making better decisions and having the wherewithal to look out for myself and manage my mental wellbeing.

Eventually, I realised that I could have as much fun not drinking as I had drinking, and that the low mood and anxiety I experienced with every hangover wasn’t worth the ‘fun’ of a boozy night out. On 10 December 2016 I had my last alcoholic drink – and the next day, still hungover, I started an Instagram account and a blog (girlandtonic.co.uk). I wrote about not drinking and anxiety, and my experiences of dating sober – more daunting, but at least I know very quickly whether or not I click with a guy without ‘beer goggles’. I wanted to use my blog to make myself accountable, to connect with other sober people – and the reaction was amazing. I quickly found a sober support network online that helped me to stay strong when I felt like a glass of wine, although it wasn’t easy. 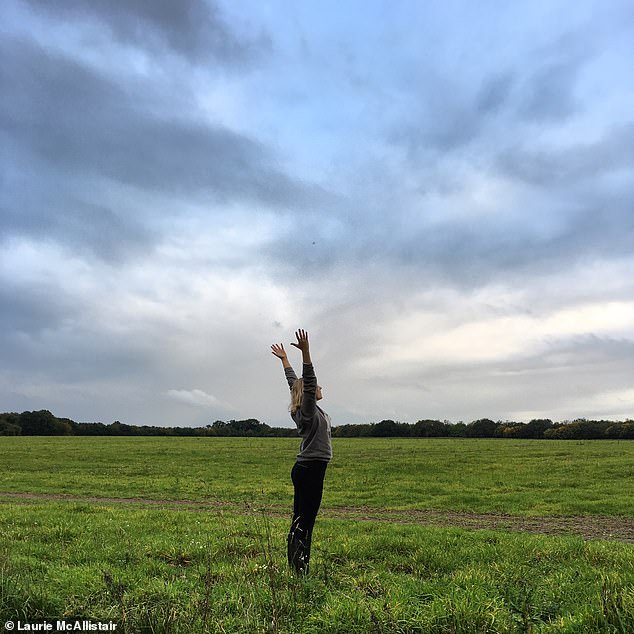 ‘My parents took over a country pub in Norfolk, near where I grew up. I started teaching Sunday yoga classes there and, last August’

Without alcohol, my hangover anxiety disappeared and I had money in the bank at the end of the month; I hadn’t realised just how much I was spending on drinks and taxis. Not drinking has given me a confidence boost, as well as clearer skin and shinier hair. What I searched for in drink actually came with sobriety: a quiet self-belief that I am enough as I am and I can tackle anything. So, with some of the money I saved, I trained as a yoga teacher and began running classes, which I loved.

Then, with supreme irony, one month after I stopped drinking, my parents took over a country pub in Norfolk, near where I grew up. I started teaching Sunday yoga classes there and, last August, I decided to leave my job and flat in London and move in with my parents. Now I teach up to 11 classes a week, work a couple of bar shifts and do some marketing consulting work, and have just moved into a house with my brother and my miniature dachshund puppy Margot. 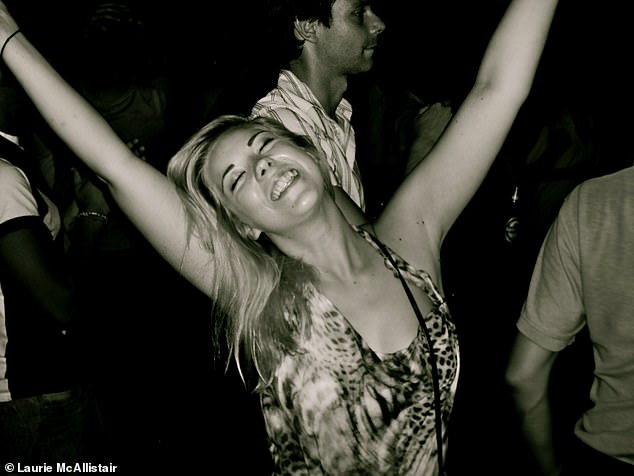 Laurie at a festival in Croatia, aged 21. Laurie writes:  ‘By speaking openly and sharing my story, I’m hoping to help reverse the stereotype of ‘boring teetotaller’’

People often ask me if I find it tough working in a pub as a sober person, and 99 per cent of the time it’s great. I understand that drinking can be a sociable activity – it just wasn’t right for me. Clare Pooley, author of The Sober Diaries, says, ‘The problem comes when alcohol turns from lubrication to self-medication,’ and that distinction rings true for me. I am now completely comfortable without it.

After I stopped drinking I thought my social life would be over. Yes, I’ve lost some friends, but I have kept a lot, too. Only one of my old friends doesn’t drink, but according to the Office for National Statistics, non-drinking among young people is a growing trend, with 23 per cent of 16-to-24-year-olds saying they don’t drink alcohol. I used to think, ‘Where are they hiding?’

Now I have plenty of new sober friends, many of whom I’ve met online, although most people I socialise with – and my family – drink alcohol. My relationships are much deeper and I like to think that I’m a better friend. Recently one said, ‘I’m not sure how it feels on the inside, but from an outside perspective you 100 per cent made the right decision to give up drinking.’

By speaking openly and sharing my story, I’m hoping to help reverse the stereotype of ‘boring teetotaller’. Stopping drinking is easily the best thing I’ve ever done for myself. I’m almost 18 months sober and my life looks completely different. I am so much happier.

Follow Laurie and her alcohol-free lifestyle at girlandtonic.co.uk and instagram.com/laurievmcallister

Remember you don’t need alcohol to have a good time Growing up, we made friends and went to discos without alcohol, yet as adults we often rely on booze for courage. After the awkward first half hour, you will soon relax.

Decide what you are drinking beforehand If you’re heading to a friend’s, take alcohol-free drinks with you. If you’re going out, look online to see what the venue offers so you won’t be caught off guard when asked. Department of Health figures show that sales of alcohol-free and low-alcohol drinks have risen by 20 per cent in 12 months.

Tell at least one person that you’re not drinking Letting someone know provides accountability and extra backup if others push you to drink alcohol.

Leave when YOU want There can come a point when the sober fun stops and people begin to repeat themselves, so enjoy your night out and head home when you feel tired or bored. I relish being able to drive home now whenever I want to.