Jeremy Corbyn is facing damaging questions over claims he failed to respond to repeated warnings about a paedophile scandal in his constituency.

The Labour leader attended three meetings where shocking evidence of abuse in care homes in the North London borough of Islington was detailed, yet stands accused of taking no action.

An investigation by The Mail on Sunday has unearthed new details of the meetings which took place in the early 1990s, around the time that newspapers were beginning to expose the scandal of the widespread rape and sexual abuse of vulnerable children dating back to the 1970s.

In a devastating attack on the Labour leader, whistleblowers accuse him of remaining silent and failing to challenge the Labour-controlled council as it sought to cover up the scandal.

Demetrious Panton (pictured above at his home in Whitechapel, London) says he was subject to appalling abuse during the late 1970s while living at a children’s home in Islington Council 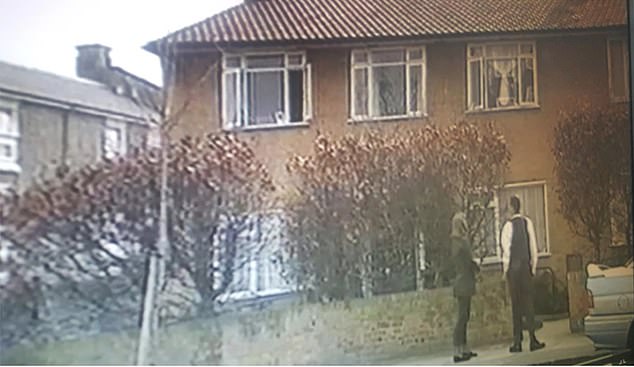 Our investigation revealed that: 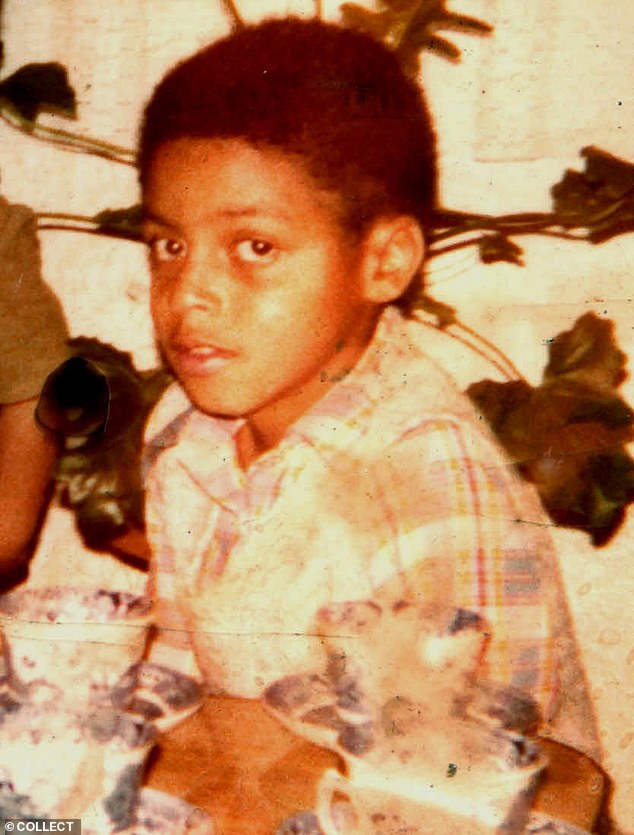 Demetrious Panton was just 10-years-old when the abuse started at the home in Islington (pictured above, 10 years old) 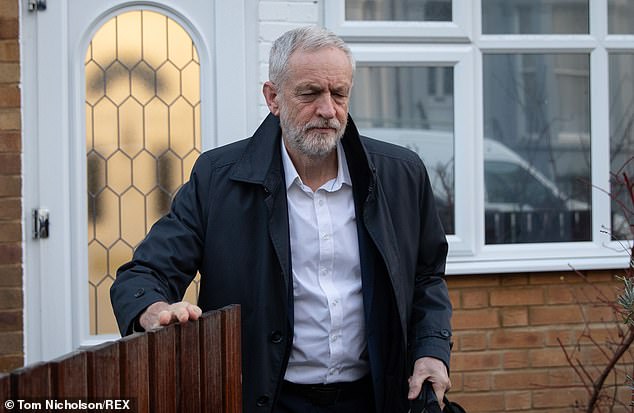 A string of sexual predators infiltrated Islington’s care system from the 1970s and their sickening activities are now regarded as among Britain’s darkest child abuse scandals. Abusers – including paedophiles, pimps and child pornographers – had been employed at each of the council’s 12 children’s homes, but staff who raised concerns were accused of racism and homophobia.

At least 26 workers linked to abuse were allowed to leave their jobs without being investigated, but when the London Evening Standard first revealed the scandal in October 1992, Margaret Hodge, the then-leader of Islington Council and now Labour MP for Barking, described its report as ‘a sensationalist piece of gutter journalism’.

She has subsequently apologised for what she described as the council’s ‘shameful naivety’ in ignoring victims’ voices. 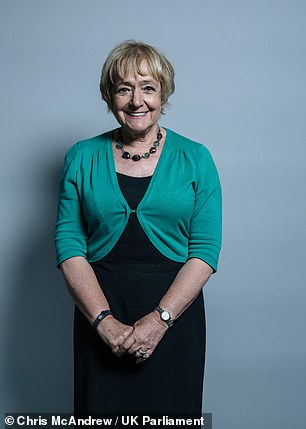 In the aftermath, Mr Corbyn’s only public intervention was a short comment to the Evening Standard, saying: ‘These allegations are extremely serious and must be properly investigated.’

Yet Demetrious Panton, who was one of the many abuse victims in Islington, believes that inaction by local politicians, including Mr Corbyn, may have allowed some of the paedophiles to escape justice.

None of the alleged abusers is thought to have been prosecuted and at least three of the ringleaders, including Bernie Bains who abused Mr Panton, fled abroad.

‘I don’t think I fitted into a political paradigm.’

Mr Panton was ten when he went into care in 1978. He lost his mother when he was a baby and his father was unable to cope. Yet instead of finding safety, he was abused at the hands of Bains, who ran the home in Elwood Street in Highbury.

When Mr Panton revealed his plight to a health worker in 1979, Bains was allowed to resign. He later fled to Morocco, where he was jailed for child abuse, and killed himself 18 years ago in Thailand.

Shockingly, Mr Panton was later abused by another staff member.

From the age of 14, Mr Panton wrote letters detailing the abuse to Islington Council. ‘I still have copies,’ he said. ‘I demanded a proper investigation, to save other kids, but they all just told me, in writing, to “move on” with my life.’

Remarkably, he did. After gaining a polytechnic degree, he won a place to study a PhD at the University of Hull but was denied funding by Islington Council. In August 1992, he met Mr Corbyn at his constituency office at the Red Rose Community Centre to ask him to support his funding application. During the meeting, he told the MP that he had been in care in Islington and that ‘very bad things had happened’ to him at a home.

Abuse survivor Demetrious Panton, told Jermy Corbyn that ‘very bad things’ happened to him in care – but says the MP never spoke up about his case, even when victims’ accounts were being dismissed.

After social workers told Corbyn of 61 possible victims, he vowed to raise the issue with Virginia Bottomley, the Tory Health Secretary at the time. But she says she has no memory of him doing so.

The reporter who exposed the scandal confronted Corbyn with all the evidence and begged him to act. But she says he just repeated the platitudes of the council – while they were destroying vital files.

‘He was behind a desk and there were papers everywhere. It was like being in a room with one of your university lecturers,’ said Mr Panton, who had not even confided in close friends at that point.

He told Mr Corbyn that he felt the council had a ‘duty’ to help him because of his terrible experiences in homes that they ran. Mr Corbyn did write a letter in support for Mr Panton’s funding bid, but does not appear to have acted on Mr Panton’s ‘very bad things’ comment – even after the Evening Standard revealed the abuse scandal weeks later.

‘When the story broke, I never heard him say anything,’ Mr Panton said. ‘The problem that I have is this: for about four years, Islington Council was denying it and Margaret Hodge was calling it gutter journalism. He could have said, “No, actually it’s not because an individual came to my surgery.” ’

Just weeks after the scandal broke in the media, the Red Rose Community Centre was the venue for another meeting involving Mr Corbyn and a delegation of five social workers, led by Dr Liz Davies. They had identified at least 61 potential abuse victims and, for more than an hour, detailed their evidence. Mr Corbyn assured them that he would talk to Virginia Bottomley, the then Health Secretary.

However, Baroness Bottomley has no recollection of any contact. ‘Having worked in a child guidance unit for ten years and chaired the Lambeth Juvenile Court, I had significant expertise in this field,’ she told The Mail on Sunday. ‘It is inconceivable that I would ignore any such approach. But I have no memory of it whatsoever.’

Dr Davies was surprised when she received no further contact from Mr Corbyn. ‘No letter. No phone call. I never, ever saw him speak about it,’ she later recalled.

In early 1993, Mr Corbyn met Eileen Fairweather, one of the Evening Standard reporters who had revealed the scandal, at the Commons. There, she begged him to speak out publicly and warned that Nicholas Rabet, a former care home manager and suspected child abuser, was still running a children’s activity centre in Sussex.

Rabet, 56, would later kill himself in Thailand while awaiting trial after being charged with molesting 30 underage boys.

‘I went to plead with him,’ Ms Fairweather told The Mail on Sunday. ‘We sat in a corner and I took him through the strength of the evidence. I said, “This is really serious, you’ve got to do something.” He listened very politely. He promised to make enquiries.’

But she heard nothing until she rang him several weeks later. ‘He said, “I have made some enquiries and I have been reassured that everything that needs to be done is being done”,’ she recalled.

It emerged later, however, that crucial documents were being destroyed by Islington Council at that very time.

Last night, a lawyer who acts for abuse victims urged Mr Corbyn to make his position clear. ‘His response to allegations of abuse in Islington raises very serious questions,’ said Richard Scorer, from law firm Slater and Gordon. ‘If he wants to command confidence on these issues, he needs to acknowledge if and when mistakes were made.’

Islington Council has agreed a compensation package of £2.1 million for victims of the abuse scandal and said that it provides personal and psychological support to those affected.

Its current leader, Richard Watts, said: ‘We’re very sorry for Islington Council’s past failure to protect vulnerable children in its care. The council today is a very different place, and protecting children from harm is our top priority.’

Last night a Labour spokesman said: ‘The claim that Jeremy Corbyn failed to speak out about child sexual abuse is false.

‘In October 1992 he publicly demanded a full investigation into abuse of children in care in Islington. He is on the record describing the allegations as “extremely serious” and demanding they be ‘“properly investigated.” ’

A source insisted that Mr Corbyn had raised allegations with Islington Council’s director of social services at the time, and believes he raised Dr Davies’s issues with Baroness Bottomley.

Much of Corbyn’s Islington North constituency was made up of white English and Irish workers alongside immigrants. Most inhabited either unrepaired private houses or dilapidated council estates. They suffered bad schools, stretched health services and one of the most corrupt Labour councils in the country.

But Corbyn never issued press releases about local issues. His frequent publicity flyers were about Palestine, Ireland, the Western Sahara or Nicaragua. He seemed oblivious to Islington being ranked as London’s worst borough for social services, housing, education and street maintenance. 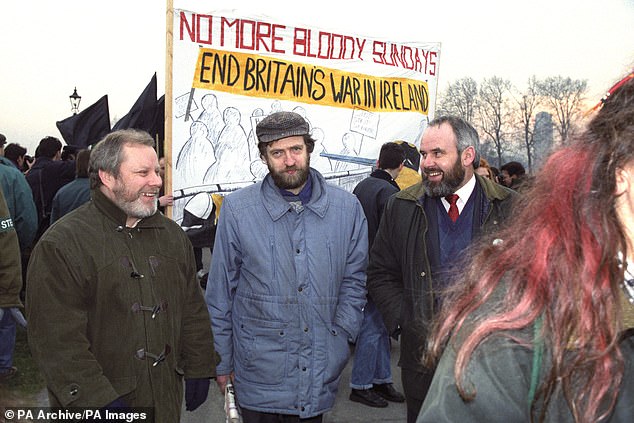 Under Margaret Hodge, the council leader between 1982 and 1992, the People’s Republic of Islington boasted a red flag fluttering above the town hall and a bust of Lenin inside.

Yet while Hodge regularly received complaints from Chris Smith, the Labour MP for Islington South, she never heard from Corbyn. Preoccupied by the needs of immigrants and foreign conflicts, he appeared uninterested in the many woes of his constituents.

Most shamefully, he didn’t seem to care about the systematic sexual abuse of vulnerable children in Islington’s residential homes, all of which were staffed by council employees, members of his old union, NUPE.

Children had been rented out from a brothel to paedophiles.

Among the many victims was Vivian Loki, a 17-year-old girl whose decomposed body was discovered on the estate six months after her murder by a paedophile.

Further north, at Gisburne House, another Islington home, children were being abused on an industrial scale. ‘All this,’ Islington social worker Liz Davies discovered, ‘was happening on Corbyn’s doorstep. He knew all about it because it was raised by [Conservative MP] Geoffrey Dickens in the Commons’.

By then, dozens of drugged, hungry and distressed young people of both sexes living in 12 council homes were being routinely raped by council employees.

Paedophile gangs were rampant across the borough, and at least 30 employees who were suspected of crimes had been allowed to quietly resign.

Peter Righton, founder of the pro-paedophile group the Paedophile Information Exchange (PIE), had been given authority by the Home Office to brief council social workers to place vulnerable children with known sex offenders. Having set out this appalling scenario, the social workers told Corbyn that their complaints to Margaret Hodge had been ignored.

After London’s Evening Standard newspaper published a detailed exposé of Islington’s employment of known paedophiles, and the officials’ shredding of documents to cover up the crimes, the council accused the paper of ‘gutter journalism’. 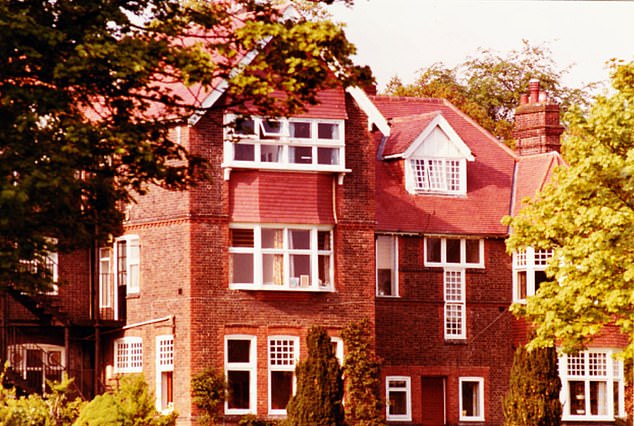 The council employees’ meeting with Corbyn lasted 90 minutes, during which he pronounced

‘I’ve heard similar issues from other constituents,’ and then said little else.

As usual when confronted with complicated or unpalatable facts, he retreated into his shell, mumbling and smiling but offering no meaningful replies.

At the end, he promised to speak to Virginia Bottomley, the Health Minister, but she does not recall any such conversation having taken place.

‘We heard nothing more from Corbyn,’ Liz Davies recalled.

‘We don’t know whether he did anything to help us.’